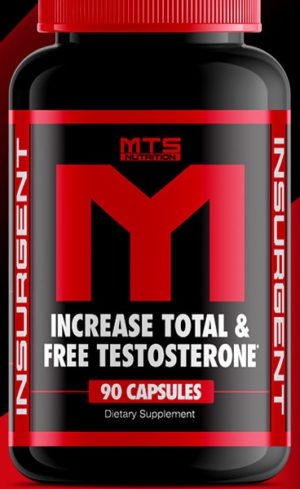 MTS Machine is back with Insurgent, an all-new supplement that’s specifically engineered to be an “extremely potent libido and testosterone booster.”

He’s back! It’s been quite a while since we’ve seen a new supplement from Marc Lobliner and his supplement company MTS Nutrition.

But we need more from MTS, and Marc and the team have delivered.

The MTS Machine is back with Insurgent, an all-new supplement that’s specifically engineered to be an “extremely potent libido and testosterone booster.” It makes use of some tried and true testosterone / libido boosters as well as some new up and coming workhorses that we’re really excited about.

We’ve got the full breakdown ahead, but before we get there, please take a moment ot check the best deal and sign up for PricePlow alerts:

Note: Doses listed below are based on 1 serving (i.e. 3 capsules).

No specifics on dosing have been released on Insurgent yet as the supplement is currently in beta-testing with 50 lucky participants on MTS’ social feed. After Insurgent clears testing, and initial feedback is received, it will then be made available for everyone else. At that point, we’ll come back here and update with the appropriate dosing protocol.

What about Barracuda? It stays for a crazy stack! 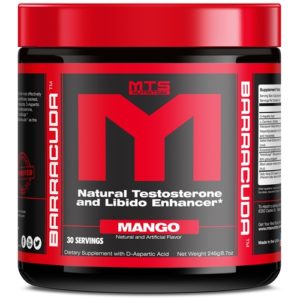 Don’t worry, Barracuda is still around and can be stacked with Insurgent for the ultimate Natty Test Boosting experience!

This is the second testosterone booster from the brand, the first being MTS Barracuda, which is mainly driven by D-Aspartic Acid, a compound deemed a bit more of a “sex supplement” than a long-term test booster. While this ingredient will raise your testosterone for a couple of weeks (and those 2-3 weeks are absolutely awesome), levels generally return to normal within a month.

We’re expecting Insurgent to be more powerful than this, especially over the course of an entire month. We asked Lobliner what would happen to Barracuda, and he says that Barracuda will stay and that it will be a phenomenal stack.

With the Barracuda / Insurgent stack there’s no ingredient overlap – so you come from the Barracuda-based DAA, and stay for the Insurgency!

Natural testosterone boosters are one of the most crowded segments of the supplement market, most of which are still absolute junk, in all honesty. MTS Insurgent is a breath of fresh air in an otherwise beleaguered niche of the industry. It uses a couple proven commodities alongside a two new, extremely intriguing ingredients that actually show great promise according to the most recent animal studies.

Get ready for Machine Mode. We can’t wait to see how this one works.