Skin health is something that doesn’t get a lot of press in the sports nutrition industry. It’s tempting to write this off as a relatively “superficial” concern in an industry that’s geared towards helping people wring every last watt of mental and physical performance from their personal potential.

But as it turns out, the health of your skin isn’t just skin-deep, and if there’s one brand to bring beauty to the athletic masses, it’s Ghost Lifestyle. 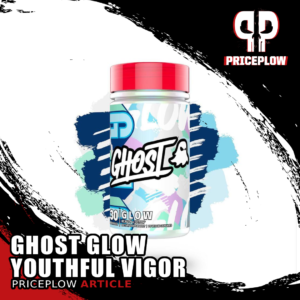 Ghost Glow – the innovative skin care supplement from Ghost Lifestyle – has some updates in 2023, bringing more options to their beautiful and handsome customers.

The state of your skin is often a visual clue to the health of your metabolism and internal organs. In recent years, we’ve seen a much more holistic approach to improving skin quality — one that focuses on supporting whole body health by improving antioxidant balance and accelerating detoxification.

That’s the idea behind Ghost Glow, the skin health formula from Ghost that’s packed with ingredients to help hydrate the skin, control blood sugar, reduce inflammation, and boost antioxidant status – all of which can cause improvements to health that ultimately manifest as noticeably better skin quality.

Ghost Glow was originally released as a powder back in 2020, and we loved it then. In this version, Ghost replaced DIM with hyaluronic acid and reduced the inositol dosage in the powder. Additionally, there’s no more sucralose — the sweetener has switched to stevia. All of these changes will make it easier on the gut.

But Ghost has yet another surprise in store for us today:

Ghost Glow Caps are also here! This is a condensed formula with just one major change – there’s no inositol! Aside from that, it’s the same formula. More options for more skincare success.

Let’s get into how the updated Ghost Glow formula works and how it can improve your skin health. But first, check PricePlow’s coupon-powered deals and Ghost Lifestyle news alerts:

If you’re interested in the Ghost Glow Caps ingredients, simply skip the inositol section listed first. In a single one scoop serving of the new Ghost Glow, you’ll get the following: 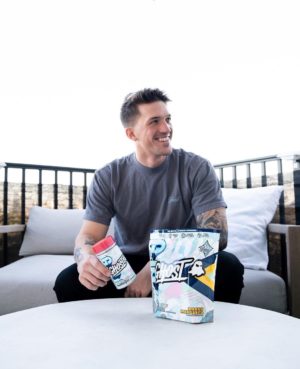 Inositol is only in Ghost Glow powder and stick packs, not Glow caps.

Ghost has always flavored Glow incredibly well, and that shouldn’t change with the new version, although the sweetening is now natural with stevia instead of the sucralose used from 2020-2022. All variations are listed below:

Ghost Glow is an awesome formula – the inclusion of so many great ingredients (even chromium) shows that Ghost has really done their homework and developed a holistic, comprehensive view of how skin aging occurs and can be prevented.

If this formula has a slant, it’s definitely protecting your skin against photoaging, which is awesome because that’s the primary factor in the aging of most people’s skin.[58]

Ghost is really focusing on wellness in 2023, and proves once again that they have something for everyone to look good and feel even better. 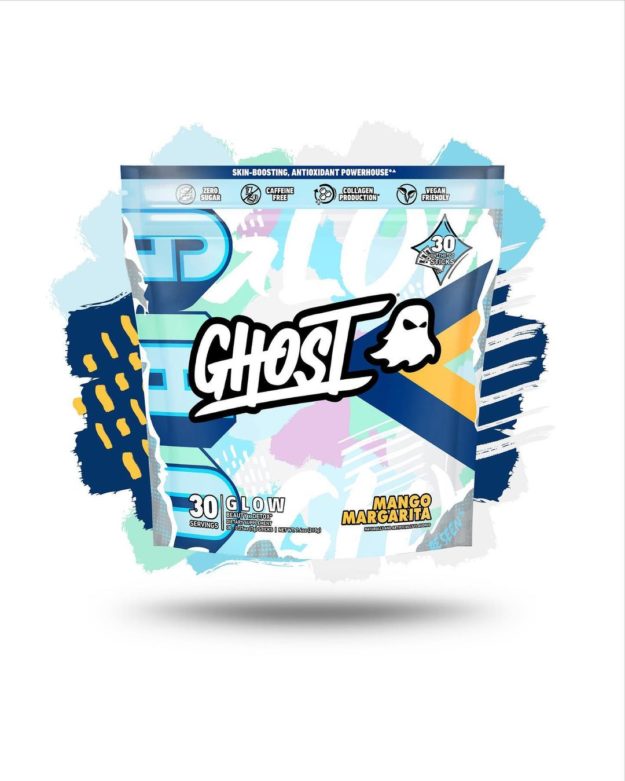