The legends behind the best influencers of fitness have re-launched their powdered fat-burning drink named Ghost Burn, and it’s now updated with a better grains of paradise extract in CaloriBurn GP.

Ghost Burn – Ghost Lifestyle ventures back into the fat-burning market!

Dedicated citizens of PricePlow Nation are undoubtedly familiar with Ghost — as they sponsor many of the top fitness YouTube personalities ranging from Christian Guzman to Maxx Chewning. Their products are well-developed and generous in terms of clinical doses, and done in a unique fashion amongst companies with aggressive marketing strategies. When we get our hands on a Ghost product, we expect excellence. 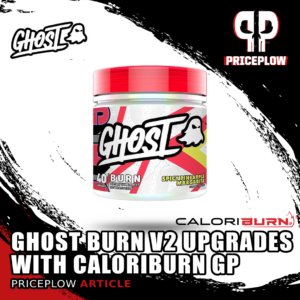 Ghost Burn is back, and with a better grains of paradise extract — CaloriBurn GP from NNB Nutrition!

A powdered fat burning drink.. with some sour and some spice!

Ghost Burn is a powdered fat burner built to help amplify the results for individuals with dialed-in weight-loss routines. While gym-goers once thought of fat burners as a capsule-dominated industry, powdered products have become a better option thanks to their inherent customization and larger dosages. Consumers can decide how much of the product they should take, which is advantageous for those with low stimulant tolerances or afternoon users. Lifters that have more stimulant tolerance can also taper their dosages up, allowing for intensified fat burning when they adapt to the recommended serving size.

Thus, fat burning drink powders became increasingly commonplace when Ghost Burn original launched in 2019, and they’ve made it even better with Ghost Burn V2 in 2021, thanks to the inclusion of CaloriBurn GP from NNB Nutrition. Below we dive into the upgraded label to see if Burn lives up to its competition.

Before we get into this intense thermogenic formula, make sure you’re subscribed to PricePlow’s Ghost news updates and alerts for any supplement deals, news, and reviews you’re interested in, especially those related to Ghost products!

As our long-time readers know, PricePlow has a love-hate dynamic with fat burners. Fat burners won’t burn much fat independent of effort and are not a magic bullet for dieting. We loathe when companies take advantage of consumers by potentiating that idea. However, we love when companies look out for the educated gym-goer that is looking to get everything out of their diet and exercise program, because these ingredients do help fat oxidation and do have research backing them up.

NNB Nutrition’s CaloriBurn has 12.5% 6-Paradol, but uses pure grains of paradise to keep all of the active constituents. This is the major change in Ghost Burn V2

We’re about to break down everything going on inside Burn. If you’re in the mood for watching a video review of the label instead, don’t worry – we’ve got you covered! We were lucky enough to get our hands on Burn shortly after its release, and spoiler alert – it lives up to the hype!

The label lists both 1-scoop and 2-scoop dosages, but we’re going to assume a full 2-scoop serving for our analysis. Here’s what each 2-scoop, 12g dose delivers: 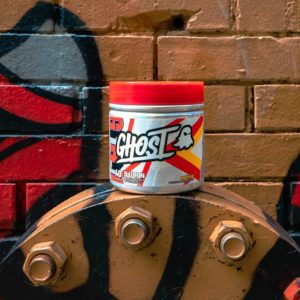 Burn has a unique leg up on its competition through flavor. Utilizing previous partnerships Ghost has built and cultivated, Burn provides flavors officially sponsored by WarheadsⓇ and has also expanded with tropical drinks as well:

Ghost is fulfilling their promise…

At the beginning of 2019, the guys behind Ghost Lifestyle promised a huge year from their brand. We typically hear promises like this made across the industry – new products, new flavors, and new innovations are constantly being teased. Yet, it’s not too often a brand can fully live up to the lofty expectations they’ve set for themselves. However, when it comes to Ghost, they practically never fail to live up to the hype.

Recipients of GNC’s 2019 Partner of the Year Award, these industry trailblazers have absolutely cleared the bar they’ve set for themselves. As far as products go, Ghost has expanded upon their already massive profile – we’ve gotten another iteration in the Guzman Legend pre-workout series, a revamped EAA formula in Amino V2, and Ghost Vegan, an incredible vegan protein powder. 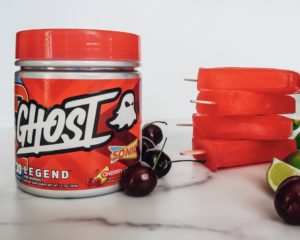 Congrats to the 2020 Brand of the Year! See all GHOST Supplements or check out their hit pre-workout, Ghost Legend!

This being Ghost, simply releasing new products wasn’t enough. Ghost built a significant part of their reputation on their ridiculous ability to flavor their products – seriously, there may not be anyone better in the industry! 2021 is the “Year of the V2” for the brand, as they’ve also reformulated Ghost Legend and Ghost Pump (which is great to stack with Ghost Burn), yet still put Chips Ahoy pieces in your protein powder! When it comes to meeting expectations, Ghost doesn’t just meet the bar…they obliterate it!

Ghost Burn is the latest release to get the upgrades. It was one of their most innovative formulas of 2019, and in 2021, they realized it was nearly perfect – it just needed the industry-leading grains of paradise extract to go with it! This fat-scorching formula not only sits in its own category in Ghost’s profile, but finds itself in a world of its own when compared to other fat burners on the market! 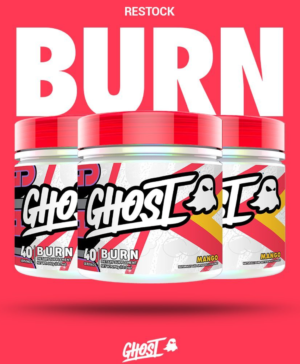 When it comes to fat burners, you really can’t do much better than Burn – a great-tasting, effectively-dosed fat-burning powder!

When discussing Ghost products, there’s often two takeaways we expect to have – the use of effective ingredients and an incredible taste. These are lofty expectations, but they’re the kind of expectations that come when a company has, time after time, raised the standard. Ghost has done just that, and when we heard their first fat-burning product, Burn, would hit the shelves, we assumed excellence was on the way.

Simply put, Burn is a fat burner that literally checks off all of our boxes. The label is nearly entirely comprised of fat-burning, energizing workhorses – these are the type of ingredients that generally lead fat-burning formulas, and Burn utilizes all of them. For the individual that wants to buy a safe fat burner that works — Burn is a great option.

Ghost has reached new, incredible heights, and seems to do so every year. Burn is yet another win in a year seemingly full of them. Stay tuned, because these guys aren’t done yet – we’ll have much more coming from Ghost in the near future!

This article was originally published July 26, 2019.