Ever since Glaxon launched last year, the supplement industry can’t stop talking about their formulas, products, advertisements, and informative videos. They’re creating quite the buzz and PricePlow definitely saw this coming — we predicted that they would be the talk of the town and even named them our Supplement Brand to Watch in 2020.

There are so many supplement companies that come and go but never gain that much traction. Glaxon is different. The last thing they want to do is follow industry trends. Instead, the “Goons” that run the company set out on a mission to create a brand no one can ever replicate. Glaxon is doing what they do best, giving consumers entertaining and informative content, epic products, plus always looking to improve.

We’ve tried several of Glaxon’s products so far, and always find them effective. You should try them for yourself to understand the method behind the madness at Glaxon. If you’re into high energy pre-workouts, Specimen is a perfect fit. But if you’re looking for a supplement to help you hit your daily micronutrient intake and get some performance benefits, then check out Glaxon Super Greens.

Not your average greens supplement 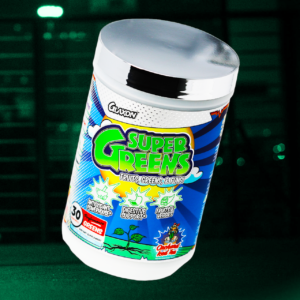 Could Super Greens really get any better?

Like all of Glaxon’s supplements, Super Greens is not your average greens product (e.g. doesn’t taste like your licking a patch of grass). Glaxon knows all you Goons don’t always get enough fruits, veggies, or fiber in your diet. And they also know there are bros out there that only care about how big their biceps can get. So Glaxon merged both worlds and formulated a supplement containing ingredients that offer plenty of health benefits, and a few that increase recovery and performance.

Below, we break down the details and hidden benefits of SuperGreens so you can understand how the formula is designed to improve your health and performance. You’re probably thinking it’s too good to be true, so just read on to see why PricePlow is very excited about Super Greens. But before you do, subscribe to PricePlow’s Glaxon news and deal alerts because they’re always up to something and you don’t want to miss it.

What’s the Point of a Greens Product? 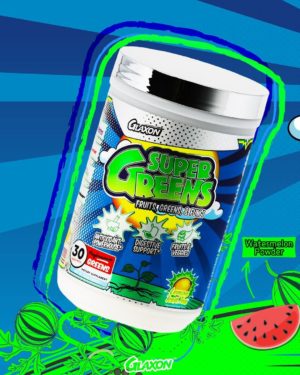 For all the Goons that don’t eat enough greens, fruits, or mushrooms.

Before we dive into the nitty-gritty details of Super Greens’ supplement facts panel, let’s discuss the purpose of a greens powder. Some people think they can just drink a greens supplement and then they’ll never have to eat fruits or veggies again. Well, that couldn’t be further from the truth. You should always aim for getting roughly three to five total servings of fruits and vegetables per day. However, no one’s perfect and we all fall short sometimes. So a greens-based product can be like your insurance policy.

But like we said, Super Greens is more than just a blend of greens — it has several other ingredients that are beneficial, even if you get plenty of fruits and veggies from your daily diet. Greens supplements typically consist of a variety of grasses, cruciferous vegetables, and algae. In order to pulverize the ingredients, they undergo a special processing method. As a result, the greens’ nutrients are strained out and what’s left behind is a concentrated powder rich in chlorophyll. Chlorophyll has some unique benefits that we’ll below.

Glaxon has several blends in this product that each offer their own benefits. We’re not going to analyze every single ingredient because that would turn this article into a textbook! Instead, we’ll discuss the blend as a whole explain why certain ingredients are included. Also, there are a few simple ingredients not commonly found in average greens formulas — that’s the performance side. 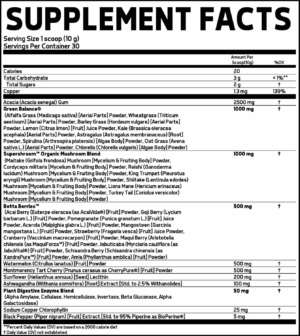 Glaxon Super Greens V2 has a new and improved formula.

Some of the key benefits of Glaxon Super Greens include:

The ingredient panel is stacked and if you’re one of the few people who gets plenty of fruits, veggies, and fiber every day, then you can probably take a half serving. However, for most Glaxon Goons out there, a full serving will give you the best outcome. The label lists dosage for both a half and full scoop; below, we analyze a full serving.

Here’s what one scoop (10g) of Super Greens delivers:

Most people absolutely despise the taste of greens supplements. So they try to mask the flavor, like mixing the powder into a smoothie or shake. Obviously that can be inconvenient. And you’re less likely to take your daily greens if you dread the taste. Glaxon knows, regardless of how beneficial Super Greens is, if it tastes terrible, you won’t take it.

Let’s be real though. Greens are never going to taste as good as a pre-workout or amino acid supplement. Even so, Glaxon did an excellent job of flavoring Super Greens. We give them credit for that much.

Glaxon Super Greens are From Another Universe

Glaxon does a great job at producing entertaining — and educational — information for their Goons. But just looking at the different formulas and trying each product, you can tell they are onto something. Super Greens is different than other greens products out there.

How Glaxon is Here to Disrupt the Industry 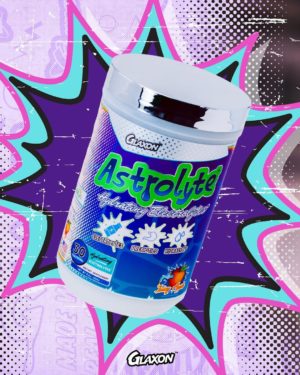 You may look at Glaxon’s line of products and wonder how are they’re different from other supplement companies. They have all the standard stuff: pre-workouts, amino acids, nootropics, fat burners. Customers will have to dig a little deeper to truly experience what makes Glaxon different. For example, see how their CholineACE choline blend is unique.

First, check out their formulas, because that’s the biggest thing that sets them apart. Watch their YouTube channel under the name of Supplement Lab to get a science lesson, and read our blog an ingredient breakdown.

Glaxon always looks for gaps in the industry, and then rigorously works to fill them. They’re not interested in what anyone else is doing because the team has a vision. The last thing Glaxon wants to do is “fit in” with the supplement industry.