Christian Guzman is Back: Ghost Legend CG V4 – No Tingles, No Alpha-Yo! 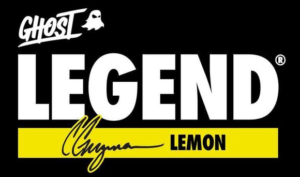 Now that the new Ghost Legend V2 is out and shredding sales records, it’s time for its Athlete Collab season to follow. And there’s no better way to do that than with Legendary Ghost athlete Christian Guzman, the shining star of social media fitness!

This time, Christian Guzman is getting his own series of supplements, which includes the Stim-Free Ghost Focus supplement as well as a Lemon Butter Cake Whey flavor. We get into those in the future (follow our Ghost News) — today we’re here to talk about this incredible new pre workout formula!

This is the fourth “Ghost Legend x CG” collaboration, and from our point of view, it’s the best one ever. It’s once again in a Lemon flavor, which will likely be great, but we’re talking about this formula.

Inside CG V4, we’ll see some incredible ingredients – and some notable absences too: 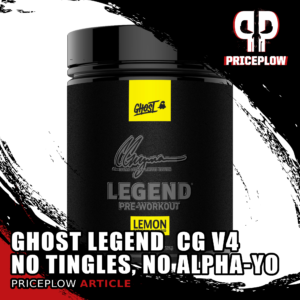 The fourth installment of the legendary Christian Guzman limited edition series of Ghost Legend is here, and it looks incredible – especially if you don’t want beta alanine or rauwolfia!

No beta alanine or alpha yo?!

It’s the last point that’s going to be a topic of discussion for most users, since we’re expecting higher performance than the standard Legend in some aspects, but less intensity in others. Those who don’t like beta alanine tingles and/or the feel of alpha-yohimbine are going to be incredibly excited, however.

We get into the details below, referencing a great deal of science in our other Ghost-based articles and comparing to the previous Guzman collab. Before that, make sure you check out the product availability and sign up for PricePlow’s Ghost supplement news… the Legends are always up to something hot:

From the intro alone, you should know if you’re interested in this one. Legend CG V4 looks to be a “high-intensity but low annoyance” experience based upon what’s in it but also what’s not in it.

Long story short, this supplement looks absolutely fantastic, especially if you’re tired of beta alanine and/or alpha yohimbine everywhere. It will still boost endurance and bring intensity, but it may just dial down the “feels” a bit.

Compared to Ghost Legend V2, the saddest loss is that there’s no Nitrosigine in CG V4, but that will of course stay in the main Legend variety and we’re excited about betaine and citrus aurantium’s addition to this one.

When Ghost began doing these athlete collabs, they kept the formulas very similar, with perhaps just a change in one ingredient, such as more caffeine in CG V1 and V2. The flavor systems were really the bigger story there. You can see those two formulas below:

Then, with CG V3, Ghost took a completely different turn, testing a wildly different formula. The flavor system was great, but the big news was the unique formula. Not only was it a fun change-up, the project was a great test bed to see what would make it into the official Ghost V2 era supplements. 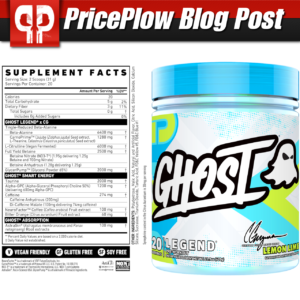 A look at Guzman Legend V3

CG V3 was a massive success, but unfortunately, its glycerol inclusion didn’t work out too well. However, the tingle-reduced beta alanine was somewhat of a success, and Ghost ended up porting that innovation into Ghost Size. With that done, CG V4 was free to remove all beta alanine – and now we’re left with a zero tingle supplement that still provides endurance benefits, and can still be stacked with Size if you want.

You can learn more about the story in Ghost’s Building the Brand Episode S7:E20, titled “CG SZN FOUR”:

Ultimately, this supplement’s success will hinge on two things:

The formula is a knockout. We’ll miss the Nitrosigine, but sometimes folks want a break from tingles and alpha-yo’s intensity. It brings together several highlights from other Ghost V2 series supplements, and is what we consider Christian Guzman’s finest.