Dan Lourenco and Ryan Hughes, co-owners of Ghost, made a bold claim that 2020 was going to be the biggest year yet, and after all of the epic launches they’ve had already, we definitely believe them. 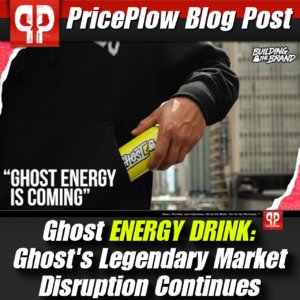 Get ready for Ghost Energy!

Less than half way into the new year, Ghost has released Ghost Greens, Sonic Cherry Limeade Ghost Amino, Chocolate Cereal Milk Ghost Vegan Protein, Limited Edition Ghost Burn Black, Bubblicious Strawberry Splash Ghost Legend, Ghost Whey Nutter Butter, Ghost Glow, and we know that they have plenty of more never before seen flavors and products on the way! Any brand would look at that and see it as a successful year, but it turns out that this is just the beginning…

In season 5, episode 32, of “Building the Brand”, Dan and Ryan were posted up in the office about to sign several documents. They announced that this was Ghost’s “next big project”, however we weren’t quite sure what to expect. After all of the things they’ve already done this year, what could be even bigger or better then new products and more authentic flavor collaborations? Fortunately, Ghost didn’t keep it a secret for too long and a few days later, PricePlow finally saw what they were up to. 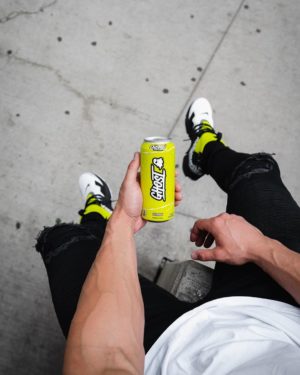 A classic flavor with a new school formula.

After months of testing, sampling, and researching, Ghost Energy Drink has finally been revealed! And no this is not your standard Monster energy drink knock off. Of course, Ghost is using the relationships they’ve built over the years with massive brands beyond the supplement industry, such as Warheads and Sour Patch Kids, to bring authentic flavor collaborations to the energy drink scene!

In addition, Ghost is using a fully transparent label, so you know exactly how much of each ingredient is included in one serving. Every other energy we see will give you the caffeine amount, but that’s it. Ghost is yet again, changing the industry, but this time they’re taking on an entirely new category.

The episode where they announced Ghost’s next big project was titled “Game Changer”, and although we thought that was supposed to be for Ghost Gamer, turns out it was for Ghost Energy Drink!

We have everything you need to know about Ghost Energy Drink down below. But first, be sure to sign up for Ghost news and deal alerts to get notified when it actually goes live!

Ghost is known for transparent labels, creative graphic designs, epic sneakers, and creating supplements that can be used beyond the walls of the gym. However, what they’re most known for is authentic flavor collaborations.

“I am proud of what we’ve done, but even more excited for what we haven’t done yet.”

Very early on, Ghost gained the trust of major brands outside of the fitness industry, with the first one being Warheads sour candy. After that massive achievement, Ghost was hungry for more – they went on to partner with Sour Patch Kids, Swedish Fish, Welch’s Grape Juice, Chips Ahoy!, Nutter Butter, Sonic, and Bubblicious.

It’s incredible to see that Ghost has been able to do something no other brand in the supplement industry could before. And you better believe that they’re not stopping anytime soon. We expect Ghost to bring these authentic flavor collaborations to the energy drink market and shock the industry once again!

Ghost is partnering with Anheuser Busch to distribute these cans, which means they will go far and wide!

Ghost exclusively partnered with Anheuser-Busch to manufacture and distribute all of their ready to drink products. This is a pretty big announcement and it’s on a similar level as partnering with GNC.

We even heard that Anheuser-Busch reached out to Ghost because they quickly noticed how Ghost was bringing legitimacy to the supplement industry with all of the authentic flavor collaborations. And of course Anheuser-Busch wanted to do the same thing with ready to drink products, so what better company to partner with than Ghost.

Now, let’s get into the formula, because with a fully transparent label – there’s a lot to discuss!

Vitamin C is known for being an antioxidant powerhouse, but it also offers several other health benefits. B vitamins do not direclty increase energy, but they do indirectly boost energy by helping your body metabolize carbohydrates, fats, and proteins. This is the primary reason why B vitamins are very common additions to an energy drink.

Each can of Ghost Energy clocks in at 16 fl oz, which is the standard size for the majority of energy drinks on the market. Beyond the ingredients we’re going to discuss down below, Ghost Energy also contains a wide variety of vitamins, including vitamin C, niacin, vitamin B1, folate, vitamin B6, biotin, vitamin B12, and pantothenic acid.

Not a “pre workout supplement”… but can be used as one

It’s important to note that Ghost Energy was not formulated to be an RTD (ready-to-drink) pre workout supplement, although it could be used in that way. Thus, the ingredients reflect a drink that will boost mental and physical energy, increase focus, and clarity. Ghost is taking a different approach than other supplement brands, targeting a much wider audience with what they call an “energy plus” drink.

Without further ado, here’s what one can of Ghost Energy contains:

Ghost Energy was formulated to be as low calorie as possible – allowing you to enjoy a delicious tasting drink without going overboard on the sugar and calories. There are several energy drinks on the market that are loaded with sugar and that can wreak havoc on blood sugar levels, quickly leading to a spike and ensuing anxiety-causing drop of in energy levels. 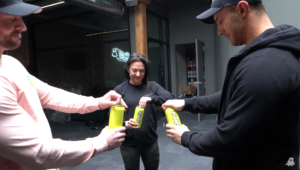 Cheers to another gamer changer!

Fortunately, you won’t have to worry about that with Ghost Energy because one can is only 5 calories coming from 1g of carbohydrates and there’s zero grams of sugar!

Ghost was the first company to introduce licensed flavors to the sports supplement industry and we can’t wait to see what they do in the energy drink market. Ghost’s authentic flavors are always their best sellers, from Sour Patch Kids, to Swedish Fish, and Warheads, no other brand was able to accomplish what Ghost did.

And there’s no doubt that they will bring the heat with Ghost Energy. Just imagine pulling out an iced cold beverage that tastes like some of your childhood favorite candies. Not to mention, Ghost is creating that delicious, sweet, and refreshing flavor with none of the sugar! We don’t know how they are able to do it, but somehow Ghost keeps delivering every time!

Here’s an updated list of all Ghost Energy flavor variations:

See The Big Reveal of Ghost Energy on The SIRS!

Get Ready, Ghost Energy is Ready To Takeover the RTD Market

Ghost has done some massive things in the sports supplement industry in a relatively short period of time. Even though they’re not done yet, Ghost is ready to take on a new challenge with the launch of an energy drink. And of course, they’re doing it the only way they know how – transparent labels, clinically-studied ingredients, and never before seen flavors. 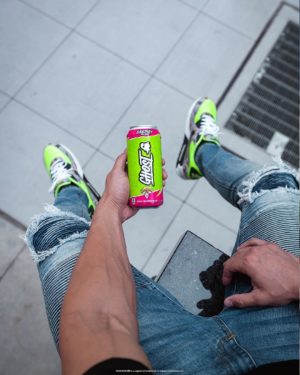 The first flavor collab is none other than WARHEADS Sour Watermelon.

Ghost is looking to continue the disruption by entering uncharted territory, but from what they’ve shown here, you would never guess they aren’t industry veterans in the RTD market.

What’s even more exciting is that Ghost Energy is just the beginning! We also expect that Ghost RTD Protein Drinks will be coming in the near future. And let’s hope the authentic flavor collaboration continues on for that product as well. How crazy would if be to drink Chips Ahoy Ghost Whey or Nutter Butter Ghost Whey on the go!

The launch of Ghost Energy will be one of the biggest accomplishments yet and we can’t wait to see what else they have in store for the future. Dan and Ryan always want each year to be better the last, but how can they possibly top what they’re doing in 2020?

Be on the lookout, because Ghost is ready to takeover! As always, make sure to subscribe down below to get notified when more products, flavors, and deals go live from Ghost.