Core Nutritionals launched INTRA last year, but after some issues with browning and clumping, CEO Doug Miller and the team took a look at the formula and redid it to make it even better! In this article, we take a look at the upgraded “Core INTRA”, the reason for the redo, and how the product has not only changed, but has improved. 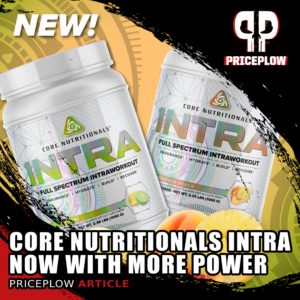 Core INTRA has been upgraded with more power and v1’s visual issues have been resolved! Huge credit to Doug Miller and team for their transparency on the process.

In 2020, Core Nutritionals launched their Intra Complete Spectrum intra workout supplement. However, in an open and forthright discussion, they found that the previous version was browning and clumping. After taking a look, it was determined that d-ribose was the ingredient that was causing these effects. After making that determination, the Core team decided to remove d-ribose and replace it with elevATP, while shifting more of the carbohydrate blend towards cyclic dextrin, two welcome additions. As a premier workout supplement, Core has ensured that INTRA still contains efficaciously dosed BCAAs and EAAs.

Doug Miller explains that Core INTRA is great for those who have fasted and need some extra carb-driven “oomph,” hard-gainers who are looking for a quick insulin spike, or just anyone who wants some muscle-preserving BCAAs and EAAs to avoid losing steam towards the end of their workouts.

Before we dig in, sign up for our Core Nutritionals news and deal alerts and see the PricePlow-powered coupons below:

Core INTRA is to be taken intra workout – meaning during your workout, but you can start sipping it beforehand to get those carbs going quicker. So let’s take a look at what the new Core Nutritionals Intra has in it: 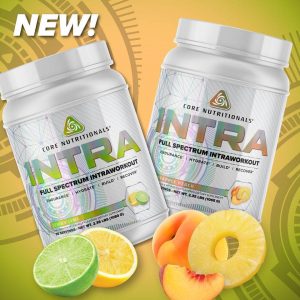 Re-launched March 1, 2021, these are the first two flavors out the door, with hopefully more to come!

Core Nutritionals INTRA is the intra workout supplement you’re searching for with an effective combination of BCAAs and EAAs, endurance boosters, and great flavors. Below is an up-to-date list of the great-tasting flavors Core is offering:

We’ve got to hand it to Doug Miller – he’s doing things the right way – open, honestly, and transparently. CORE Intra launched in 2020 with a fantastic label, but sometimes you get a curveball thrown your way. In the past, we’ve seen several brands quietly sneaking in label changes without admitting an issue. Not Doug Miller, and not in the era of social media. 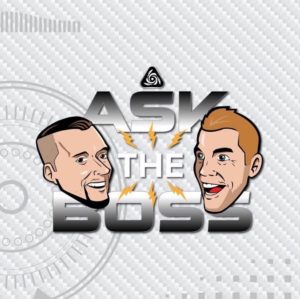 Instead, Doug told us the truth – there was an ingredient causing some visual quality issues, and it wasn’t worth the trouble to his consumers. The team identified it, removed it, and replaced it with what we consider to be the premier workout carb in the first place.

It’s that last step that other brands forget as well. You can’t just remove a problematic ingredient and charge the same price. You fix the problem and replace it.

Core INTRA is an incredible way to keep your workouts going, and it’s aimed at those long workouts that Miller loves to set up. We applaud the formula, and we applaud the brand’s transparency.

Note: Some of the supplements sold at retailers may still contain the old ingredients. Check if the label has 15g cyclic dextrin and no ribose for the new label released in 2021.