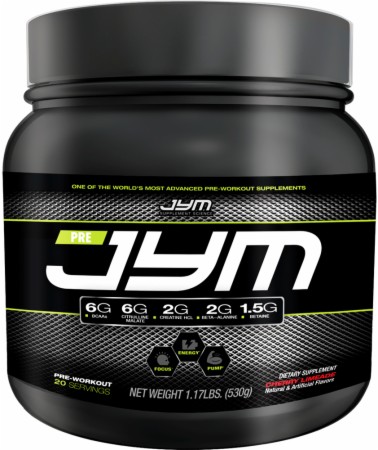 Jim Stoppani claims he formulated it… but a man named Brian Rand has other things to say….

In any industry, there are largely two kinds of people: those who interface with the consumers and media, and those who quietly get things done behind the scenes, wanting no fame and no glory.

But sometimes, when dirty laundry gets aired out, some of the clean clothing gets mixed up in the filth.

One of the bigger questions asked in our YouTube video about the situation (filmed before the $100 million GNC lawsuit amendment) was, “Who really formulated the JYM Supplements?!”

Well, if the latest batch of court docs are any indication, it looks like it’s actually one of those behind-the-scenes guys who you’ve never heard of and will probably never see on social media. Brian, we apologize in advance, but you’re about to get aired out with the dirty laundry:

Brian Rand: The brains behind Pre-JYM

Below are the most important parts. All of Brian’s direct statements are italicized:

According to this affidavit, Jim Stoppani did indeed propose a pre workout, but Bodybuilding.com basically trashed it and the business method planned, and created what ultimately became Pre-JYM.

In the affidavit, Rand also discusses how Hardesty created the logo, but for the purpose of this post, we’re most interested in his Pre-JYM formulation.

So ultimately, the story according to this affidavit is that Jim Stoppani did indeed propose a pre workout, but Bodybuilding.com basically trashed it and the business method planned, and created what ultimately became Pre-JYM.

How can he add ingredients yet lower cost?

One issue we found is that Bodybuilding.com consistently claims that Jim Stoppani’s proposed pre workout was “too expensive”, yet they then removed a few inexpensive ingredients and then upped the doses on nearly everything else. Doesn’t that seem contradictory? How would that save money?

We asked that same question, and were told by other anonymous “behind-the-scenes” insiders that “Brian is one of the best in the biz.” With his relationships and Bodybuilding.com’s massive scale, we’re told that he could easily do better on pricing.

So why should I believe this guy?

The dwinding #JYMArmy crew may be asking why you’d believe any of this. So remember that this was a sworn affidavit submitted to the justice system. If it is proven to be a lie, Brian will have committed perjury, which is punishable by serious jail time in Idaho – up to 14 years!

We’re not sure how much Bodybuilding.com Blue Brian bleeds, but we highly doubt it’s worth any amount of prison time.

Yet…. dumber things have been done, and perjury does sometimes get committed. So if that’s not enough, then you’ll have to stay tuned and wait until the second part of the story….

COMING NEXT: The e-mail thread that could make this case for Bodybuilding.com owning JYM….