Stress comes in many forms, such as physical, biochemical, and emotional. Stress is also classified as acute or chronic. For example, running away from a bear is an acute stressor, whereas daily stressors at the workplace can develop into chronic stress. Whether you’re exposed to an acute or a chronic stressor, the body reacts by releasing the hormone cortisol. Cortisol regulates responses in several systems of the body, mainly cardiovascular, immune, central nervous, and digestive. 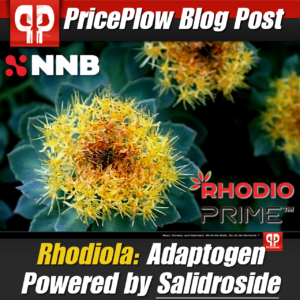 Rhodiola: The Adaptogen Powered by Salidroside. In this article, we dive deep into RhodioPrime 6X, a different approach to the adaptogenic herb!

Once cortisol is released, several physiological processes begin, including:

Overall, cortisol is known as the body’s fight-or-flight hormone because it prepares your body for survival. Furthermore, it plays a key role in the sympathetic nervous system, which is activated under stressful situations. Typically, cortisol levels peak in the morning when you wake and decline throughout the day as you approach sleep. It’s important to note that stress and cortisol are a normal and necessary part of life, but being stressed over an extended period of time can lead to chronically elevated cortisol levels, which can take a toll on your health.

The Power of Adaptogens for Mitigating Stress

Regardless of who you are or what your goals are, keeping stress to a minimum is key to maximizing performance, health, and overall well-being. But that’s often easier said than done. Although there are several different ways that people cope with stress, one that’s often overlooked is supplementing with adaptogenic herbs.

For a plant to be classified as an adaptogen it must be shown in the literature to promote homeostasis through the regulation of physiological processes. In layman’s terms, an adaptogen helps the body adapt and overcome physical, biological, and chemical stress. Many adaptogens carry out their stress-reducing effects by lowering cortisol levels. 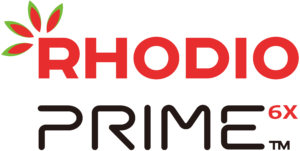 With a strong history of research, but weak extracts on the market, NNB Nutrition took it upon itself to solve the problem – with the salidroside-rich RhodioPrime 6X — 6% salidroside!

One of the most researched and well-known adaptogenic herbs is Rhodiola. It also goes by the names arctic root and golden root. Rhodiola has been used for centuries to increase mood and energy levels.[1] Today, there’s a robust amount of literature that supports these uses, among others.[1,2] Rhodiola can be found in a variety of sports nutrition supplements, but the strength, standardization, and species of the herb used in the product can have a huge impact on its effectiveness.

NNB Nutrition, a leader in branded-ingredient research and development, such as the patent-pending MitoBurn, CaloriBurn, and patented GlucoVantage, has just released a Rhodiola extract that could be the most powerful one yet. This new trademarked ingredient is known as RhodioPrime 6X because it’s standardized to contain at least 6% salidroside! There are over 140 bioactive compounds that have been isolated from Rhodiola, but according to the literature, the primary one attributed to its benefits is salidroside.[3]

Keep reading to learn more about RhodioPrime 6X, salidroside, and the advantages of supplementing with Rhodiola! For more NNB Nutrition news, reviews, and interviews, just subscribe below!

An Overview on Rhodiola and Salidroside 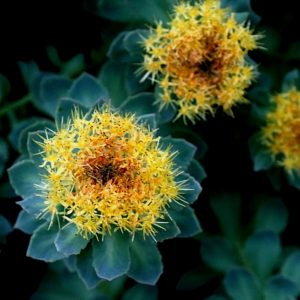 Rhodiola: Our favorite feel-good herb with some additional workout boosting properties, thanks to the salidroside inside. Image courtesy Wikimedia

Before making its way into the sports nutrition industry, Rhodiola was most notably used in traditional Chinese medicine and by Scandinavian Vikings.[1] Rhodiola can be found growing in high altitude, low-temperature areas of Asia and Europe. Interestingly enough, there are nearly 20 species of Rhodiola. However, the majority of research has been performed on either Rhodiola rosea or Rhodiola crenulata.

Despite the similar names, there’s actually a distinct difference between the two species and it lies in their bioactive constituents. Rhodiola rosea contains high amounts of both rosavin and salidroside, whereas the salidroside content in Rhodiola crenulata is much higher.[1,3] Research shows that rosavin and salidroside compounds contribute to rhodiola’s benefits, but salidroside may contribute just a little more in certain areas.[4,5] Furthermore, rosavins are exclusively found in the Rhodiola rosea species.

Salidroside works through various mechanisms of action, such as: 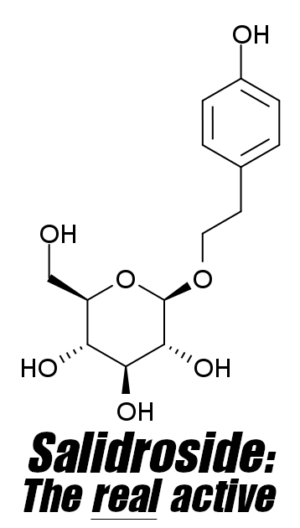 New research is showing that rhodiola extracts high in salidroside are the ones with the most potential… so why do so many supplements have such terrible standardizations? With RhodioPrime 6X, that all changes…

Through these complex physiological mechanisms, Rhodiola may be able to:

To get the majority of the benefits Rhodiola has to offer, it’s recommended to take anywhere from 200 milligrams to 600 milligrams per day.[1,17]. Research shows that supplementing with Rhodiola is extremely safe and there have been very few adverse effects reported.[1,17] Since many of Rhodiola’s benefits are attributed to its salidroside content, it’s important to find a high-quality extract that’s standardized to contain a certain amount of this bioactive compound. That’s where RhodioPrime comes into the picture!

If you want to dive deeper into the research behind Rhodiola, check out this in-depth article: Rhodiola: The Salidroside-Powered Adaptogen of the Vikings.

For more details atop our big article linked above, see our Rhodiola explanation:

Based on the literature, to get the most benefits from Rhodiola, you should try to find an extract with the highest salidroside content. So far, RhodioPrime 6X from NNB Nutrition is the only extract on the market that’s standardized to contain 6% salidroside, which is unheard of! Most Rhodiola extracts in sports nutrition contain 1% salidroside and 3% rosavin.

When looking at Rhodiola-based supplements, remember – not all Rhodiola extracts are created equal.

Check out the RhodioPrime 6X Whitepaper

For more details atop our main rhodiola blog post, NNB Nutrition has also published an incredible whitepaper detailing the ingredient’s mechanisms and successful trials it has undergone.[18]

RhodioPrime 6X in one minute:

Look for RhodioPrime 6X on the supplement facts panel! 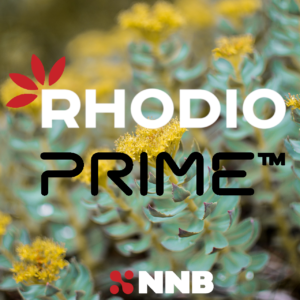 RhodioPrime 6X from NNB Nutrition is a trusted source! Image courtesy of Pixabay.

Fortunately, you won’t have to worry about this issue with RhodioPrime 6X. NNB Nutrition puts their ingredients through rigorous testing to ensure that they contain exactly what they’re supposed to. RhodioPrime 6X is a lab-tested, unadulterated, high-quality form of Rhodiola crenulata. By standardizing RhodioPrime 6X to contain 6% of Rhodiola’s primary bioactive constituent, it’s designed to be more effective than the standard Rhodiola rosea extract.

NNB Nutrition is all about taking research-proven ingredients and making them even better through cutting edge scientific methods. Stay tuned for more news on RhodioPrime 6X and subscribe below so you don’t miss out on what’s to come from NNB Nutrition!