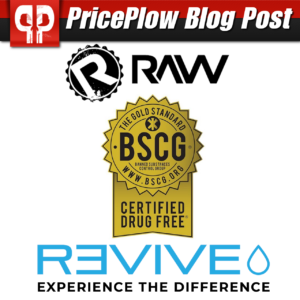 It’s been a couple of months since Revive MD launched a new supplement, however it turns out the company was more focused on becoming Banned Substances Control Group (BSCG) certified. In case you’re unfamiliar with BSCG certification, the process takes a lot of time, effort, and resources. But co-founders, Matt Jansen and Dr. Domenic Iacovone were committed to obtaining the certification for both Revive MD and their other company RAW Nutrition.

Now, all of Revive MD’s and RAW Nutrition’s products are third-party tested by the BSCG to ensure they’re free of banned substances. Not only is this great for the general public, but it’s crucial for athletes who are subject to randomized drug tests. By using a supplement that’s BSCG Drug-Free certified, you have one less worry: failing a drug test due to cross-contamination.

In addition, Revive MD posts certificates of analysis (COAs) for several of their supplements under lab sheets, so customers can clearly see that what’s on the label is actually in the product. We appreciate that Revive MD and RAW Nutrition are taking the time to test their finished supplements and ensuring that the quality, potency, and purity are of the highest standards.

If you want to learn more about BSCG and why Revive MD chose to go down this path, check out our recent blog post: Revive MD and RAW Nutrition are Officially BSCG Certified

Now that Revive MD and RAW Nutrition are BSCG certified, it’s time for them to get back to launching more products, which brings us to Revive MD Palmitoylethanolamide.

Most of Revive MD’s supplements contain five or more ingredients. But recently, they’ve been releasing more single-ingredient products, such as Revive MD Ashwagandha. Their newest stand-alone supplement is Palmitoylethanolamide (PEA), which is an ingredient we’re covering for the second time on PricePlow. 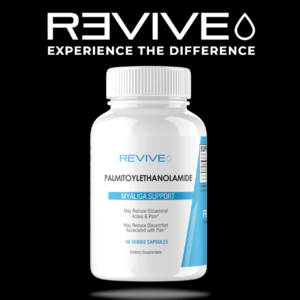 Reive MD Palmitoylethanolamide may be used as a natural pain reliever and anti-inflammatory agent!

Revive MD is one of the first brands to bring PEA to the sports nutrition market. Palmitoylethanolamide is a fatty acid known for its anti-inflammatory and pain-relieving properties. We should say that while PEA is a new ingredient to us at PricePlow, it has been around for years and there’s a lot of interesting research supporting its use as a natural pain reliever.

Revive MD is marketing this product as a myalgia support supplement. Myalgia is a general term used to describe muscle pain that can be caused by a variety of conditions. Myalgia can be accompanied by different types of diseases and viral infections or it may be a result of going a little too hard in the gym. No matter the cause, Revive Palmitoylethanolamide was formulated to help ease aches and pains.

Keep reading to learn more about the benefits of Revive MD Palmitoylethanolamide, and sign up below for Revive MD news and deal alerts from PricePlow, plus reviews and interviews. 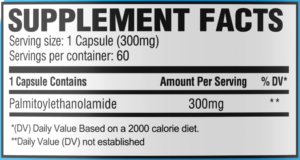 Each bottle of Revive MD Palmitoylethanolamide contains 60 veggie capsules, dosed at 300 milligrams per capsule. It’s recommended for reducing occasional aches and pains and discomfort associated with pain. As always, anyone considering taking this supplement should first speak with a qualified healthcare professional about possible side effects and contraindications.

There’s an abundance of literature that shows PEA is safe and effective for reducing pain and inflammation.[1-4] It can be used for several medical ailments, such as inflammatory diseases, influenza, the common cold, chronic pain, and neuropathic conditions.[1-4] 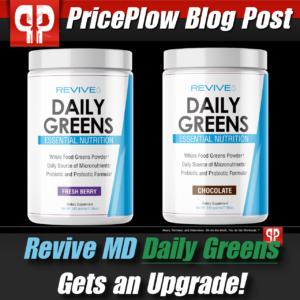 There are even some recent studies that looked at PEA’s effects in combination with antioxidants that treat neurodegenerative diseases like Parkinson’s disease and Alzheimer’s disease.[5,6]

Since PEA has powerful anti-inflammatory and neuroprotective properties, but no significant antioxidant activities, it may help to take Revive MD Palmitoylethanolamide alongside a supplement that contains antioxidants.[5] Revive MD offers several comprehensive supplements that are packed with antioxidants, such as Immune Multi, Women’s Health, and Daily Greens.

It’s not common to see a high-quality PEA supplement in the sports nutrition industry that’s third-party tested to ensure that it meets label claims and doesn’t contain any banned substances. So if you’re experiencing pain and/or discomfort, then Revive MD Palmitoylethanoliamide might be the right supplement for you. As always, subscribe below for more Revive MD news, reviews, interviews, and deals from PricePlow!