Rule One Proteins is dedicated to producing quality supplements.

Rule One Proteins was founded in 2014 by the Costello family. It was the same family who owned and ran Optimum Nutrition, one of the largest sports nutrition brands in the industry The Costello’ssold Optimum Nutrition in 2008, and seven years later, they launched Rule One, an Aurora, IL-based company that produces supplements at their on-site, state-of-the-art manufacturing facility.

While the majority of sports nutrition brands use contract manufacturers, Rule One decided to build their own facility so they could oversee every step of the process, from ingredient-sourcing to shipping the finished product. It also enables the company to produce the highest quality products with transparent formulas at some of the most aggressively inexpensive prices in the industry.

“Creating and delivering the best protein powders and nutritional supplements in the world; that’s our mission. It’s an ongoing quest. Being good is never good enough. We wake up every morning thinking about ways to improve our products and processes. To be the best, you never stop striving.”

Rule One Proteins is most known for having a comprehensive selection of protein powders and flavors. But throughout 2020, the company focused on reaching more customers by expanding its line of supplements. Just last month, for Rule One’s massive Black Friday/Cyber Monday sale, they released a gaming supplement called Player1.

Rule One Levels-Up With Player1 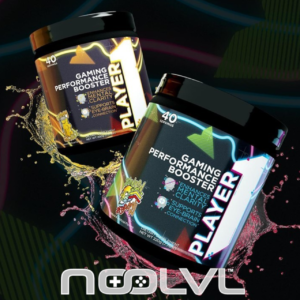 Destroy the competition with Rule 1 Player1!

This year alone, we’ve seen more and more sports nutrition brands enter the gaming industry, and Rule One is doing it right by using cutting-edge ingredients, such as nooLVL from Nutrition21. At two scoops, Player1 contains the clinically-studied dose of nooLVL that’s been shown to enhance gaming performance, as measured by reaction time, mental energy, speed, decision-making, and performance accuracy.[1]

Player1 also contains ingredients that enhance gaming ability, including caffeine, TeaCrine (theacrine), choline bitartrate, huperzine A, and acetyl-L-tyrosine. Not only is Player1 formulated to boost mental clarity, focus, energy, and performance, but it also contains carotenoids to help protect users from unfavorable impacts of prolonged blue light exposure, such as eye strain, headaches, and fatigue. If you truly want to be on top of your game, then take eye health seriously.

Keep reading to learn more about Player1 and nooLVL. For more Rule One news, reviews, interviews, and deal alerts, just subscribe below!

Take Your Game to the Next Level with Player1

The supplement facts panel clearly lists the exact dose for each ingredient as one scoop (5.5g) serving size. However, for this ingredient breakdown, we’re going to analyze the two-scoop serving size because that’s how much you need to get the clinically-studied dose of nooLVL.

Arguably, nooLVL is the most powerful ingredient in this formula for enhancing gaming performance, which is why we prefer two-scoops over a single scoop.

Nonetheless, some users will likely see benefits from one scoop and it’s always a good idea to assess your tolerance at first with the lowest recommended serving size. start. With two scoops, Player1 contains 20 servings, rather than the 40 servings listed on the label. At that amount, the product still rivals most gaming supplements on the market.

Here’s an updated list of all available Player1 flavors:

Rule One Goes Beyond Protein Powders 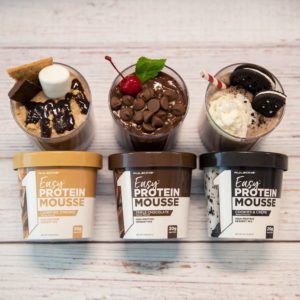 Rule One Protein Mousse tastes almost as sweet as victory!

In terms of sports performance, Rule One has a variety of peri-workout products, such as:

Rule One has also been expanding its health and wellness line, with products like:

Since Rule One is well-known for their protein powders, it’s easy to forget about their other products. Not to mention, the company has been releasing several functional foods this year as part of their new “performance pantry,” including WheyCakes, Easy Protein Mousse, Easy Protein Oatmeal, and Easy Protein Omelette. Rule One’s goal is to reach as many consumers as possible and they’ve made tremendous strides doing so.

We’re excited to see what’s in store for Rule One next year! Subscribe below for more Rule One news, reviews, interviews, and deals from PricePlow.