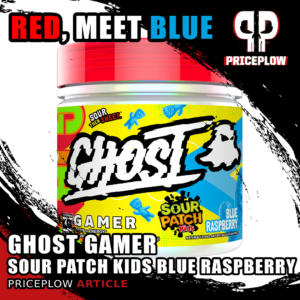 The clinically-dosed gaming supplement had the Redberry flavor upon launch, so it was only a matter of time before Dan Lourenco and team brought in some blue to face off the red. So now you can choose the flavor that matches your Capture the Flag team, staying true to your colors.

In this quick article, we talk a bit about SPK Blue Raspberry, briefly cover why it’s “clinically-dosed” (thanks to Nutrition21’s nooLVL ingredient), and show our flavor tasting review. But first, check our coupon-powered deals and sign up for our Ghost Lifestyle news, since we’re always cooking up major updates to their other supplements as well: 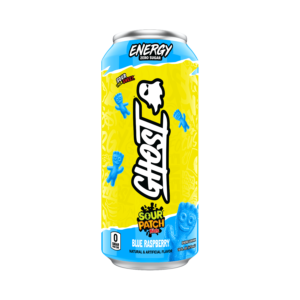 Ghost Energy Sour Patch Kids Blue Raspberry was the first to use this flavor system, and it is superb.

However, it’s the first time we’ve seen it in a powdered formula, so you can see how it turns out above.

Below is a quick recap of Ghost Gamer’s profile. For a fully-sourced, in-depth analysis, see our main Ghost Gamer article.

Redberry has a new challenger.

Our system will keep the list below up to date, with coupon-based prices included:

The unboxing in Ghost’s Building the Brand 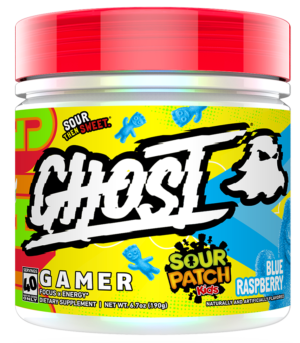 It’s worth saying that Ghost Gamer isn’t just for gamers – this is an incredible cognitive-boosting nootropic supplement with world-class flavors. If you’re studying, working, or just plain bored, Gamer will bring you up a notch – but won’t crash you down.

Sour Patch Kids Redberry is a tough flavor to beat. If you’re on Team Red, you may want to stay there. But for you Blue Raspberry fans, you know the drill – Ghost is going to light your taste buds up in all the right ways. It’ll be sour — and then it’ll be sweet. Just like the sweet, sweet revenge you get on your buddies after they drop a cheap grenade on you.