Every now and then, a new ingredient comes onto the supplement scene and is marketed as the “next big thing”. A major focus in the sports supplement industry is with stimulants. Currently, caffeine is the most widely-used and accepted stimulant available, and that’s not going to change anytime soon. It’s in nearly every pre workout, energy drink, and is even found in some functional foods. 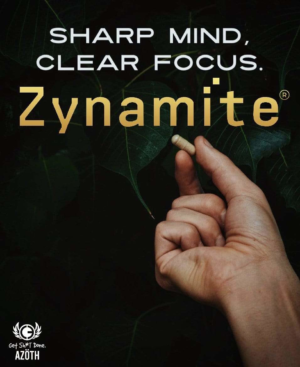 AZOTH was one of the first brands to include Zynamite in a nootropic!

Unfortunately, excessive amounts of caffeine can lead to negative side effects, including rapid heart rate, increased blood pressure, jitters, and anxiety – due to its large effect on the cardiovascular system.

Over the years, we’ve seen several new stimulants enter the supplement market, but the majority of them are now considered to be illegal or, at best, considered to be “grey market” substances. However, there have been some newcomers with a lot of potential.

Two of the most popular neuro-activating/stimulatory agents on the market are TeaCrine and Dynamine. However, more often than not, they’re paired with caffeine to produce a synergistic effect and rarely used as a replacement for caffeine. Both are known for stimulating the central nervous system and increasing mental and physical energy without impacting the cardiovascular system. They may not be as effective as caffeine on their own, but when combined with caffeine, you can use a much lower dose of caffeine and still get similar benefits.

The Connection Between Nootropics and Zynamite

When most people think of caffeine, their mind immediately goes to energy, but what about focus? Nootropics are supplements designed to increase mental energy, focus, and clarity – essentially, they help you get into the zone and hopefully stay there. 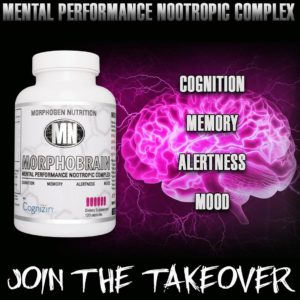 MorphoBrain from Morphogen Nutrition has the largest dose of Zynamite we’ve seen yet!

Nootropics are popular because they’re incredibly versatile – you can use them for work, studying, gaming, and anything else that requires intense concentration. Not too long ago, there were few excellent nootropics available, but now, nearly every supplement company is trying to formulate the next best focus agent.

What separates these supplements are of course the ingredients. Formulators are always looking for something new, and one novel ingredient that has begun to stand out is Zynamite. This novel ingredient is featured in some of the best selling nootropics on the market, such as AZOTH Total Focus and Morphogen Nutrition Morphobrain. It’s even been advertised as “caffeine’s replacement”, but is that really true?

Today we’ll find out, because we’re about to dive deep into the research to find out if Zynamite is worth the hype, and reveal all of its potential uses and benefits!

But before we go any further, make sure to subscribe down below as more research and information becomes available about this new, innovative ingredient!

Zynamite is a proprietary Mangifera indica (mango leaf) extract patented (US10537604B2) by an ingredient developer named Nektium.[1,2] Zynamite is standardized to contain at least 60% or more of its main bioactive constituent, mangiferin.[1] 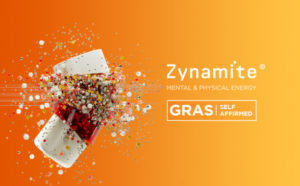 Zynamite is known for increasing both mental and physical performance and is considered to be a potent nootropic. In addition, Zynamite is GRAS-affirmed, which stands for “generally recognized as safe”, at clinically substantiated dosages.[1] The key benefits of Zynamite include

In the past two years alone, Zynamite has already won multiple awards from Nutra Ingredients, Frost & Sullivan, and European Specialist Sports Nutrition.[1] It’s begun to make waves in the supplement industry, but the question remains: how does Zynamite work and where’s the research to support these claims?

As of writing this article, there are seven studies assessing the efficacy and safety of Zynamite: 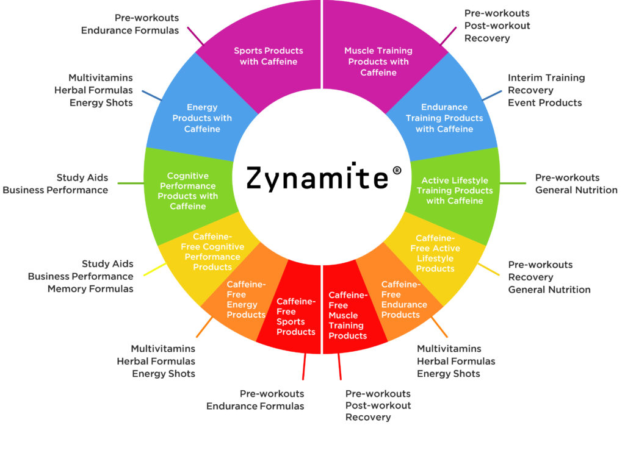 Zynamite is incredibly versatile and can be included in several different supplements! Image courtesy of Nektium.

Recommended Dosing and Where to Find Zynamite

According to the literature and the ingredient supplier, the recommended dosage for Zynamite falls between 140mg-200mg once or twice per day.[10] Some of the top selling products that contain an efficacious dose of Zynamite are AZOTH Total Focus, AZOTH Pure Zynamite, and Morphogen Nutrition MorphoBrain.

This ingredient is starting to increase in popularity, so don’t be surprised if more products, such as pre workouts, single-ingredient, and nootropics, start including it!

Final Thoughts: Be On The Lookout For Zynamite

Although more research is needed before any major claims can be made, the research looks very promising for Zynamite. 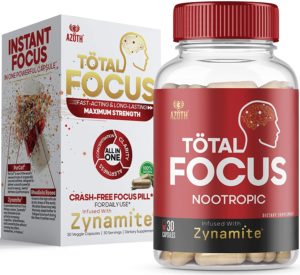 Several studies have shown an increase in both mental and physical performance with Zynamite supplementation. Furthermore, there seems to be a strong synergistic effect between moderate doses of Zynamite and low does of caffeine. This combination can be very advantageous for nootropics, since they are designed to boost mental energy, focus, clarity, without going too overboard.

It’s also great to see that Zynamite has a different mechanism of action then caffeine and does not affect the cardiovascular system. We speculate that this ingredient has a lot more potential and may be the next big thing in the supplement industry. We’ve already noticed that some well-known brands have included Zynamite in their nootropics, and based on the feedback, are doing extremely well.

Based on the exercise performance research, Zynamite could be an innovative and novel ingredient to include in a pre workout. Although the majority of exercise research was conducted on Zynamite in combination with another ingredient, it still has major potential. Since Zynamite is caffeine-free it could be used in both stimulant-free and regular pre workouts.

As more research comes out, we will be updating this article, so make sure to subscribe down below for the latest information on Zynamite!