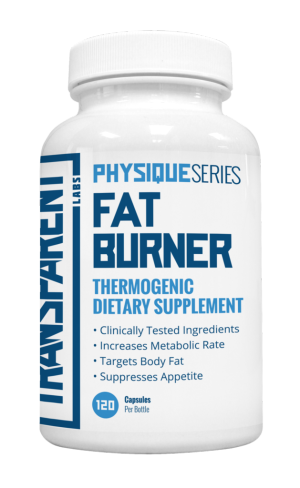 If you’ve been a regular reader of the PricePlow blog, you’ve no doubt noticed that we’ve covered several products from Transparent Labs. This young company has made a solid commitment to zero prop blends and 100% open labels.

We’ve previously covered Transparent Labs’ Grass-Fed Whey Isolate and the PreSeries BULK Pre-Workout, both of which rated very high among our staff (with some notable exceptions that Transparent Labs has reportedly already fixed!)

The short story is that it has well-dosed ingredients aiming to replicate the “ECA stack”, but using a lower-stim approach – which seems to be working out well for the burgeoning brand.

Before we get to the breakdown, make sure to check the best deal (coupon included) and sign up for PricePlow alerts:

As with everything Transparent Labs produces, there are NO prop blends and no pixie dusted ingredients either. Everything is spelled out for you plain and simple so you can rest assured you’re getting exactly what you want.

Note: Ingredient amounts listed below are based on ONE serving (2 capsules). This will get you 30 to 60 days use, depending on your dosing.

Another winner from Transparent Labs? It really depends on if you want the low-stim or not. Crack addicts need not apply here.

There’s a lot to like about TL’s Fat Burner. If you’re in the market for a lower stim option fat burner, this fits the bill perfectly. It has just enough caffeine to wake you up, but not enough to send you into “jitters” territory.

Most supplement brands who make products to simulate the ECA stack do it in a way that’s extremely high-stim. Transparent Labs takes a different approach — they use the same ingredients, but do so in a lower-dosed and more calming nature. Know this going in — if you need crack in a pill, this isn’t for you. But if you want the fat burning effects with just a bit of clean energy, then this is one we can recommend.

DISCLAIMER: In the name of transparency, PricePlow receives sales commissions from Transparent Labs. However, we negotiated our commission down so that it’s the same commission we get from other stores, and put that extra percentage into a better coupon! This is why we have the best Transparent Labs coupons on the entire web, and allows us to speak more honestly too since the business is all the same to us.

On price and value…

The last issue is the price. While we’ve negotiated the best coupon on the web for Transparent Labs products, it’s still pricey even with that!

We’ve found that many users are absolutely in love with PreSeries Bulk despite the high price — it’s massively loaded, has no artificial sweeteners or colors, and flat-out works. That’s why it ranks well in our best pre workout buyer’s guide… but some of those added benefits don’t apply to a capsule-based product.

With Transparent Labs Fat Burner, it’s probably only going to be worth the premium if you enjoy lower-stim products with everything else well-dosed, and want to try a serious dose of forskolin. So keep that in mind – this product is not targeted to everyone who reads this site… but is it targeted to you?

That’s the decision for you to make. It’s a great product for many, but possibly just a “good” product for others.

Remember to use our coupon to get the best deal on all of Transparent Labs products and be sure to sign up for alerts from PricePlow: