This article has been updated to reflect Neogenis Labs’ new name, HumanN. 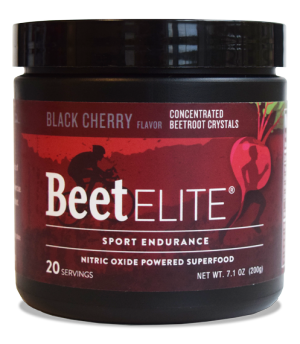 Harness the power of beets pre workout with BeetElite from HumanN. It contains nitrates and betaine to improve performance.

Today, we take a step back from the overly complicated, 10+ ingredient pre workouts that we usually cover on the blog. There will be no discussion of crazy stims, neon colors, pixie-dusting creatine or the like in this supplement.

Rather, today’s post features a pre workout supplement for the all-natural crowd, and it’s become one of the hottest on the market. BeetElite is a non-GMO, vegan, stimulant-free pre workout from HumanN that bases its effectiveness off the power of the humble beet.

It’s available in both powder and energy gel form, but we’re getting ahead of ourselves. Before we get to the breakdown, take a second to sign up for PricePlow price drop alerts and check the best deal (coupons included):

As we mentioned, BeetElite comes in a powder form as well as an Energy Gel form. For the purposes of today’s blog, we’ll be focusing in on the powder variation.

HumanN is one of the few championing a more natural way to performance enhancement. Will you join on the journey?

If you’re ready to take a walk on the more natural side of pre workout supplements with BeetElite, you’ll get select from two options: Regular Flavor and Black Cherry:

Beet Elite has fantastic reviews given it hits the right audience. While supplements like USPLabs MaxREPS will undoubtedly be “better” and “stronger”, BeetElite is a 100% natural supplement that’s finally given vegan and natural athletes a reason to get excited to hit the gym. They enjoy the taste and the effects are well beyond anything they’ve ever tried, making it well worth their money (naturalists are used to spending a bit more). 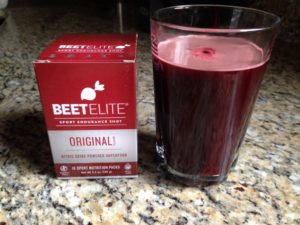 So if you’re going all-natural / paleo (with food-based supplementation — beyond synthetic ingredients that are “found in nature”), we haven’t seen anything better. It’s the real deal.

But if you don’t care about your source of supplements and just want something great, take a look at the stimulant-free section of our best pre workout supplement guide and see what suits you best.

Pre workouts supplements don’t get much more natural than BeetElite (aside from just using whole foods and coffee). This is yet another step in the direction of eschewing artificial means of product flavoring and development and step towards getting back to the bare basics.

But the question is, is this ultimately worth the money? Given the sales volume we see on Amazon, and all the positive reviews, we’re willing to say yes… for those who fit this demographic.