Who among us doesn’t want to live a long, healthy life? We emphasize healthy because, after all, there’s not much point to being alive if you aren’t well enough to enjoy it. 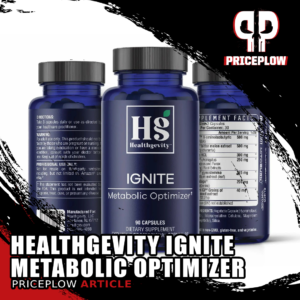 Thus, increasingly more attention has been paid over the last couple decades to identifying nutritional supplements that increase healthspan – the period of time a person lives free of chronic disease.

Recently, the dominant conversation in this field has been about the impact of metabolic health on aging processes in general. More and more supplement consumers are gaining awareness that insulin resistance, high blood sugar, and visceral fat can devastate a person’s body as they age.

Fortunately for us, the upstart healthcare-focused brand Healthgevity came out with Ignite, a powerful weight loss support supplement that works by improving the metabolic health factors that underlie body composition.

A formula like this is designed to not only make you look good – it’s supposed to help you feel good as well.

Let’s get into how it works, but first, check the PricePlow news and deals:

Located at HealthGev.com, Healthgevity is a novel startup brand built to target the hallmarks of aging. They utilize the healthcare practitioner model, where doctors, nurse practitioners, and other healthcare professionals can sell the supplements from their offices (or online as affiliates) to support their medical practices. 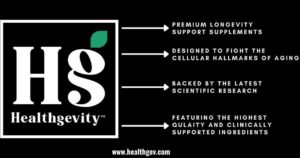 Healthgevity is bringing premium ingredients and supplement formulations to a place that needs them the most – healthcare offices!

The founders of Healthgevity noticed a serious gap in this space – healthcare practitioners targeted with this model haven’t exactly been offered the best dietary supplements for their clients. This specific niche has been full of underdosed, poorly-formulated supplements, and none of them use novel ingredients like GlucoVantage (dihydroberberine), which is a life-changing compound.

The Healthgevity supplement discussed today (Ignite) does – and far more.

For doctors, patients, and everyone in between who’s looking for more, Healthgevity has it. Let’s start with Ignite:

In a single 3-capsule serving of Ignite, you get the following: 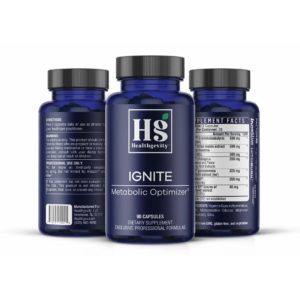 Per the bottle, take three capsules daily, or as advised by your doctor. There are a few strategies that can be employed, but if eating three meals a day, it’s preferred to take one capsule before each meal. However, if you forget to take all three doses, it could be a good idea to take two capsules in the morning and the third in the evening.

While we’re unafraid to take Ignite on a fasted stomach, it’s best to first use it with food while you get used to it. If you really want to perfect your timing and dosage, test it in different situations using a constant glucose monitor (CGM). It’s really crazy how GlucoVantage alone can keep blood sugar levels lower and/or allow for greater carbohydrate intake.

Conclusion: Healthgevity Ignite is Fire in a Bottle

Healthgevity Ignite is one of the most impressive fat-burner supplements we’ve seen in a long, long time. Pretty much every ingredient in this formula drives significant AMPK upregulation, or WAT-to-BAT conversion, or both. 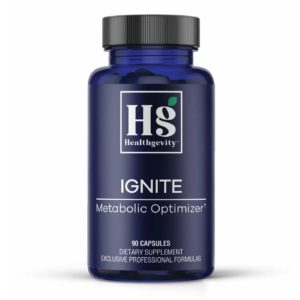 Healthgevity Ignite brings doctors the ingredients we’ve been covering for years to the hands of the patients who need them most!

GlucoVantage, in particular, is an ingredient we’ve always been excited about, and we’re so glad that it’s finally getting exposed to doctors on the front line. We’ve used this ingredient for years in so many situations – both low-carb dieting and high-carb bulking – and it’s one of the most impressive compounds you’ll ever use.

There’s a ton of exciting new research showing that berberine can have anti-obesity and anti-diabetic effects by directly improving the user’s underlying metabolic health – but it works so much better in dihydroberberine form. And that’s just one ingredient in this incredibly powerful formula.

Run Ignite for a month and see how you feel and how your lab work changes. We’re confident you’ll be very pleased – especially alongside a solid doctor-supported diet and exercise regimen.