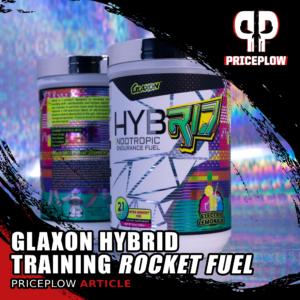 Take advantage of high-powered D-BHB and Ribose in this incredible dual-rocket-fuel supplement!

Are you ready for some rocket fuel? Because with the new Glaxon Hybrid, that’s what you’ll be getting. The company behind some wickedly strong pre workout supplements (eg Specimen and Specimen G.F.Y) wants to kick your energy up yet another notch – and today they’re showing the world how it’s done.

Hybrid employs the incredibly high-bioavailable D form of BHB salts, providing an incredible burst of ATP-boosting cellular energy to any kind of dieter. Glaxon’s use of this form of BHB brings an incredible ketone boost, more than what you’ll see in lower-quality, cheaper BHB supplements found online.

In addition, unlike most many other companies using these ingredients, Glaxon’s not afraid to include a few carbohydrates — but they come in the form of ATP-boosting Ribose, a critical part of the cell’s energy equation.

So whether or not you’re running on glucose, ketones, or a mixture of both, you can get some serious energy and endurance from the Glaxon Hybrid. We have the details below, after you check out our PricePlow alerts:

Below is what you get in each 13 gram scoop of Hybrid:

It’s best used pre workout (stack with Specimen and/or Plasm Surge!), but you can use it anytime you’re needing a bit of clean energy. 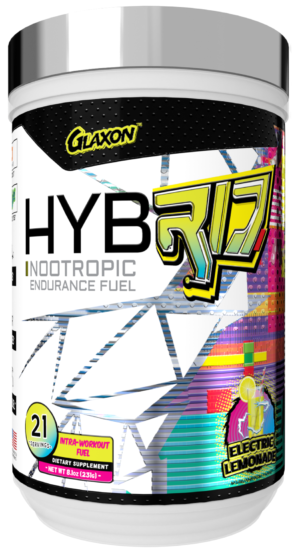 Nootropic Endurance Fuel to the rescue

Glaxon knows no bounds, and they need no allegiance to any specific type of dieter. The team believes in science, innovation, and athletic performance above all else.

Unfortunately, too many athletes ignore BHB because they’ve been radicalized against it by certain zealous influencers, while too many low-carb dieters have been wrongfully maligned against any and all carbohydrate sources for similar reasons.

Fact of the matter is, a BHB supplement can help athletes of any kind of diet, and including a carbohydrate source like ribose is a brilliant idea no matter who you are. Ultimately, we’re looking for energy and ATP. Most users have their diets figured out, but including ribose next to BHB is a fantastic way to double down on high-energy training.

We commend Glaxon for sticking to their guns, and making an energy that performs, even if novice label-readers participating in the “diet war” may get offended. While they’re offended, we’ll be going longer and stronger with some BHB and ribose in Hybrid.