Based out of Houston, TX, Glaxon is an innovative supplement developer that’s seen some crazy weather. The brand is most known for their intensely potent Specimen pre workout supplement series (including the recently upgraded Specimen G.F.Y), but they’ve brought innovation to several supplement categories. 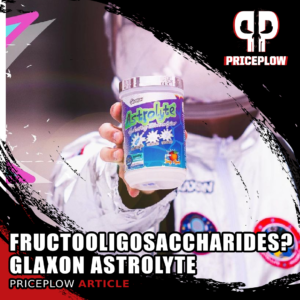 Glaxon Astrolyte bring hydrating electrolytes in style. In this article, we dig deeper into the added mineral absorption ingredient, fructooloigosaccharides.

One ingredient that we’ve covered several times in previous Glaxon articles is so useful, sometimes you want a heaping dose of it all on its own — especially when dealing with Houston-caliber heat. Now you can get that heaping dose with Astrolyte.

Astrolyte is a hydrating electrolyte supplement that brings the following mineral profile:

But the real story here is the added fructooligosaccharides, which take electrolyte supplements to the next level with their mineral absorption properties.

We get into the science below, but first check the prices with our PricePlow-powered coupons and sign up for our Glaxon news alerts:

Most folks should already know why we’d use a supplement like this, but the long story short is whenever you expect to sweat a lot, as enormous amounts of electrolytes and water are both lost through sweat. Replacing your sweat with water alone may leave you depleted and lead to inferior performance, which is why we want to add the mineral salts back as well.

Below is what’s in each 7 gram scoop. Let’s cut right to it with Glaxon’s unique addition, then cover the other added minerals:

The following list will remain up-to-date with all flavors of Astrolyte:

Astrolyte: A stand-alone supplement and an ingredient in other supplements 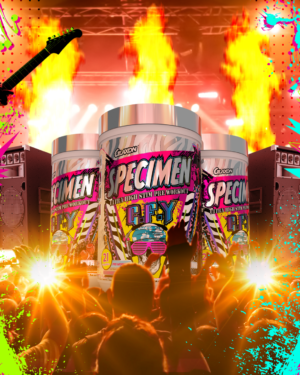 G.F.Y. is front and center for anyone looking for a heavy-hitting pre

If you couldn’t tell, the Glaxon crew considers astrolyte an extremely important ingredient to get in before training, but also before sleep. And it could be a quiet reason why everyone is raving about the above supplements.

Now you can add it to your regimen any time you think you need it. So when the weather heats up… and especially Houston hot… be sure to reach for a tub of Astrolyte before sweating out your hard-earned minerals.