Darkside Supps Fires Up the Scene with ULTRA STIM Burner!

Posted on September 4, 2019 by Mike Roberto and CJ Luther | 3 Comments 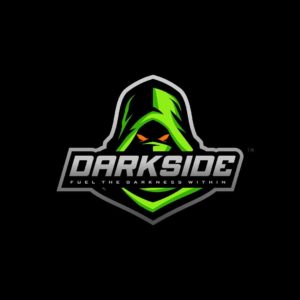 “Hardcore but Professional”. Prepare to Fuel the Darkside Within with Darkside Supps.

Whether you’re talking about new products, brands, or ingredients, one thing rings true – the supplement industry is growing at a rapid rate these days! That makes us here at PricePlow very happy, because it enables all of us to benefit from this constant innovation!

Today we’re here to tell you about a new brand – one that’s not only bringing some innovation to the game, but some extremely effective products formulated to put other industry fixtures on edge! Darkside Supps is tossing their hat into the ring, but they’re not merely just entering the fold – they’re coming in hot!

Darkside is best described as “hardcore, but professional”. By that, we mean that they’re making products that include some very powerful ingredients, but in a responsible manner. You won’t find anything in their formulas that’s under-dosed, over-dosed, or unsafe – they’re looking to deliver strong products that compete with the best, and with the first release we’ll cover from them, we can say they’re onto something! 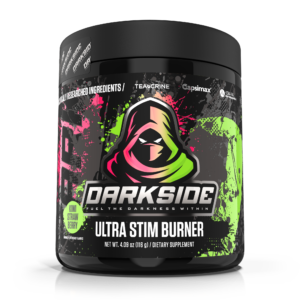 Darkside Supps Ultra Stim Burner is one loaded fat burning drink. Can you handle it?

The upstart brand isn’t pulling any punches whatsoever – their products are U.S. manufactured in FDA inspected facilities, where they are made following current Good Manufacturing Practices (cGMP), making for the beginnings of a brand we can respect! That’s not it, however – their formulas contain top-quality ingredients, all at effective doses!

Coming out of the gates firing, Darkside is hitting consumers with ULTRA STIM BURNER – a powerful, incredibly well-dosed fat burning drink powder. As the name suggests, it’s entering battle on two fronts – hard-hitting energy and fat-melting weight loss! This product is expertly designed to get you amped up, while also priming the body for healthy, efficient fat loss!

In this post, we’re going take a deep dive into this superb label, with our usual deep dive on the ingredients within it! But before we get into that, make sure you’re subscribed to PricePlow – you will not want to miss out on any deals and promotions coming from Darkside – based on this product, you’re going to want to get your hands on their formulas as soon as they hit the market, and with our help, we can find you some great deals when that time comes!

ULTRA STIM BURNER calls for a monster 5.8g in each 2-scoop serving (this is quite a bit in a fat burner), and makes incredibly efficient use of that space – this product is downright loaded:

High quality and high standards…these guys aren’t messing around! There’s no doubt, this formula is fantastic. The real question is how they’ll flavor it: 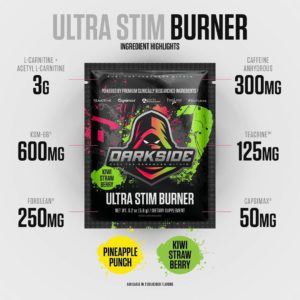 Darkside doesn’t just want an effective product – that’s the primary goal, but they understand that what truly separates a label from its competition is its taste! Without satisfying flavors, a product is left to fight an uphill battle.

Luckily, that’s not the case here – ULTRA STIM BURNER is launching with a couple of different flavors, and they sound delicious: Kiwi Strawberry and Pineapple Punch.

Providing these flavor options is a pretty smart move from Darkside. Fat burning drinks like this one can be notoriously difficult to flavor, especially when they contain high amounts of stimulants and spices.

However, packing them into a powder that’s sweet (thanks to sucralose and acesulfame potassium), a brand can effectively mask them. Anytime we can get a high-quality fat burner that’s enjoyable to drink, we’re fans – and we think you will be, too!

Conclusion – Darkside is here to STAY

Darkside Supps: Fuel the Darkness Within

When launching a new business, sometimes the barriers to entry are quite daunity – industry saturation, finances, and risk all play a factor. Sometimes, when launching a business venture, it seems like the gates to success are locked.

Darkside says to hell with those gates – they didn’t just knock them down, they burnt them to the ground with this high-stim, fat-melting, flaming-hot product. Bursting onto the scene with ULTRA STIM BURNER is a bold move, but Darkside has the making of a bold brand. With top-notch products made with integrity, science, and a bit of edginess, make no mistake about it – Darkside Supps has not only joined the game, but they’re staking a claim on a top spot!