Looking for a pre workout without beta alanine? This is the one for you! 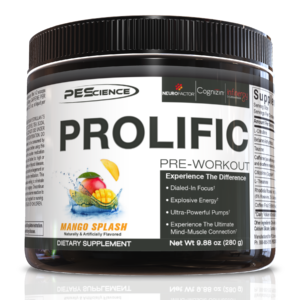 PES has jumped back into the stimulant pre workout market with Prolific, a performance and focus centric pre workout for the intelligent lifter.

PEScience underwent a bit of a “backlash” with their original customer base when they recently reformulated beloved fat burners Alphamine and Norcodrene. While PES did have very solid reasons for altering the formulas, many longtime customers just didn’t agree with the change in direction from the popular company.

However, that’s not slowing PES down one bit, as they have finally decided to re-enter the stimulant-based pre workout supplement market with the Prolific pre workout!

You may remember PES’ former pre workout titled Enhanced, but that’s been gone for quite some time. Prolific is a bit different than its long-gone older brother. Prolific is lower stim than Enhanced yet still provides great focus. Plus, it actually surpasses Enhanced as an ergogenic pre workout.

Prolific’s not just the same old, same old – there’s one new ingredient named NeuroFactor you’ll need to read about below!

So check out those details lower down, but first, take a moment to sign up for PricePlow alerts and check the best deal:

PES Prolific packs eight different transparently-dosed ingredients that are sure to deliver an all-around top notch workout experience full of energy, pumps, performance, and most important of all mind-altering focus!

Note: Doses listed below are shown at both 1 and 2 scoops per the product label.

One thing that can be said without question of PES’ supplements is that they know flavoring, no doubt about it:

As of 2021, our favorites are easily Melon Berry Twist, Sour Peach Candy, and Strawberry Kiwi.

Can I stack it with HIGH VOLUME? 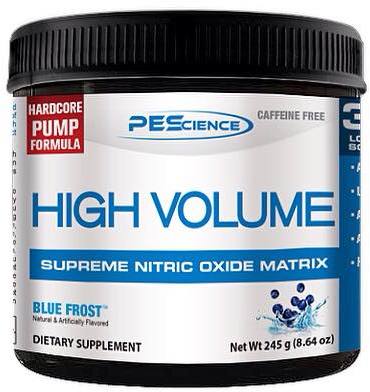 Love. This. Stuff. Stack with Prolific if you want pumps to get wild… one scoop of each may be the key for lower-stim users!

Absolutely!!! PEScience’s High Volume is one of the most epic stim-free pre workouts out there, and is all over our Best Pre Workout Supplement guide on the stim-free section.

Click the link in the above paragraph to read more about High Volume, but it can definitely be stacked (even at half a serving to save money) for more bombastic pump-driven workouts when lifting.

As much controversy as there was over the recent Alphamine and Norcodrene reformulations, PES should be able to win back a majority of the community’s goodwill with the release of Prolific. The real question is whether you want this much L-Theanine, because everything lines up quite well.

Prolific packs everything you’d want in a supplement from a performance, pumps, focus, and energy standpoint all without making you feel cracked out of your mind – and brings us one new ingredient to boot!

Stay tuned for updates on this product once we get our hands on it! 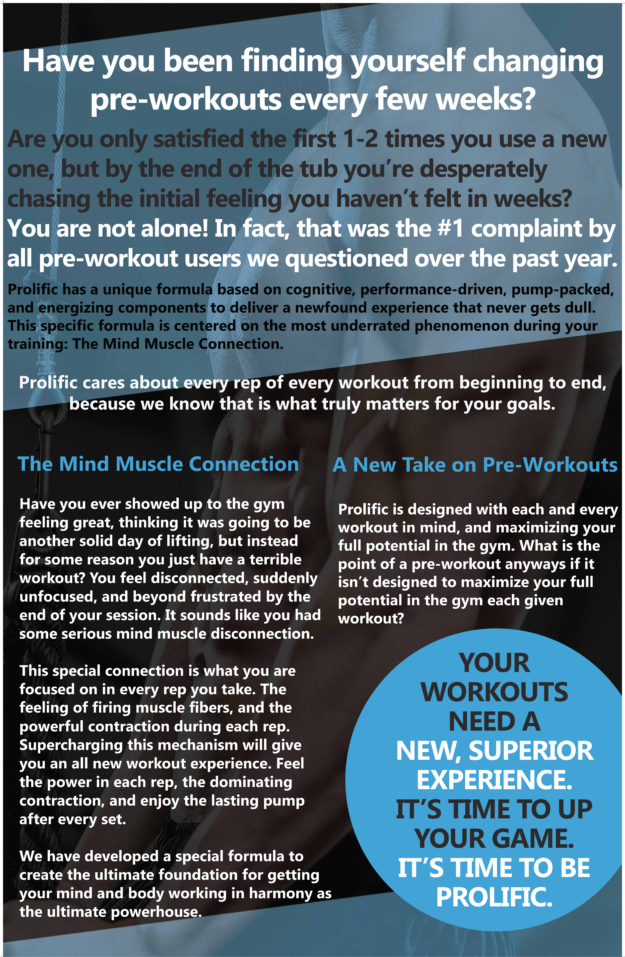