We’ve all been there – you’ve had a long day at work, and now you’re on the way to the gym for what’s supposed to be an intense workout. Or you train in the morning and are in a similar situation after a night with poor sleep.

Regardless of the specifics of the scenario, one thing is for sure – we’ve all had to enter sessions where we just weren’t feeling it. Not this time. Because now we have pre-workout supplements to avoid these situations. Use the right pre, and you can enter a grueling session like an ox. But not all pre-workout formulas are not the same! 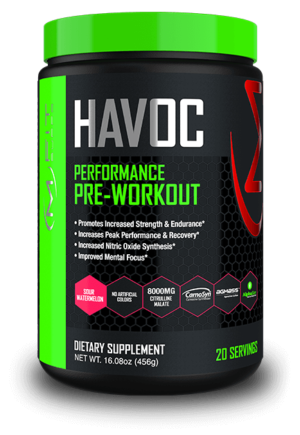 Havoc from MFIT SUPPS – unleash chaos in the gym!

In choosing the right label, there a quite a few things you could consider. There are energy-focused products that pack some heavy stimulants, and pump products looking to provide increased blood flow and little else. But then there are the products that combine the two, and it’s the sheer versatility of these comprehensive formulas that tend to draw our attention most often. That’s where MFIT SUPPS decided to throw their own creation into the ring, and it turned out to be the pre-workout that hooked athlete Guy Cisternino.

MFIT SUPPS Havoc: The best of both pre-workout worlds

Havoc from MFIT SUPPS looks to provide the best of both worlds – the stuff that elevates your energy and focus, as well as the stuff that increases blood flow and aids recovery. In doing so, these guys have formulated what just might be one of the best full-spectrum, fully-open label we’ve seen in quite some time. PricePlow co-host Ben certainly thinks so!

In this post, we’ll tell you all you need to know about Havoc – the people behind it, the ingredients it contains, and where to find it! Before we get to that, be sure you’re all caught up on PricePlow notifications so we can get you the supplement deals, news, and reviews you want!

We’ve got the backstory on this one below, but since this is PricePlow, we need to get right into the label and do the storytelling later:

Here’s what you’re getting in each 22.8g scoop, but before we begin, we should note that there’s 200mg caffeine per scoop here, so this one’s going to be on the lower-stimulant end, something many of our readers have been asking for:

Alpha-GPC is one of our favorite cognitive-enhancing ingredients out there, and in AlphaSizeTM from Chemi Nutra, we have one of the best forms of this incredibly powerful ingredient. The 250mg dose in Havoc is right in line with what we like to see of this trademarked form, and thus, you should expect a more focused, more intense, training session! 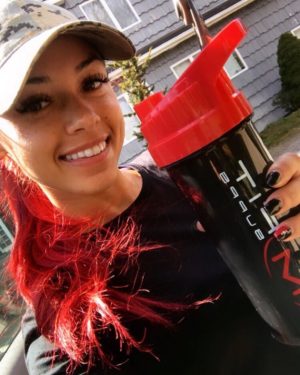 Luckily for us consumers, the flavoring game is absolutely thriving right now! From improving the offers of the past to introducing some crazy new options, there’s an option for everyone! Companies know just how quickly that corner of the market is expanding, and the best of them spare no expense when it comes to making their products taste great.

MFIT is one such company – they hold their flavoring system to a high standard, and make a substantial effort to provide some of the best-tasting supplements in the industry! Here are the awesome flavors they’re offering for Havoc:

MFIT – bursting onto the scene! Watch our MFIT Videos

The supplement industry is growing increasingly popular by the day, with the demand for new products continuing to drive the market. This environment has led many individuals to join the party, looking to give consumers the type of products that they, themselves, believe in.

Officially launching at the 2019 Arnold, MFIT SUPPS is run by manufacturing guru Nick Karalekas, an industry vet who’s been working in the manufacturing world for years. Nick had a first-hand view of the supplement industry, and after watching products he didn’t necessarily believe in succeed, he decided to get involved. Backed by A&Z Pharmaceutical, Nick began formulating well-dosed, exact, and effective products that he knew worked. Shortly thereafter, he joined up with 6X IFBB Champion Guy Cisternimo to truly help MFIT get off the ground.

MFIT: Exactly what you need, when you need it.

The two of them are still working to transform MFIT from a start-up to a full-fledged supplement powerhouse, and have launched some awesome products in the process. Havoc is their leading pre-workout supplement, and it encompasses everything the guys believe in – science, directness, and results!

Make sure you check out our previous post covering the launch of MFIT SUPPS, as well as our video interview with Nick and Guy:

Conclusion – Wreak Havoc in your training! 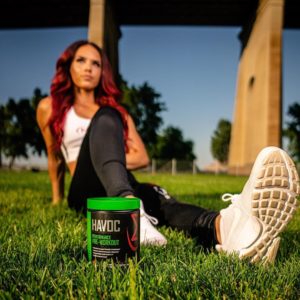 MFIT Athlete Jess Olivieri (@jess.olivieri) agrees – Havoc can take your training to the next level!

One could argue that pre-workouts are the backbone of the sports supplement industry. Sure, proteins are extremely popular (and important!), but almost every company launches with a flagship pre-workout. The reason is pretty obvious – people want them! Packing the stuff you need to get a good workout, this stuff never fails in getting you to the gym, and helping you train hard while there. These days, considering how much we all have going on in our lives, that little push can really go a long way!

MFIT is relatively new to the scene, but they clearly want to make a name for themselves through Havoc. With a science-backed and strong combination of ingredients, great flavors, and an innovative team leading the charge, we’ve no doubt they’ll make themselves known. Simply putting out a pre-workout is one thing, but producing a ridiculously comprehensive formula that can help you wreak havoc in the gym? That’s how you really announce your arrival!