Coming onto the scene in late 2017, Chaos Crew has been making some massive noise overseas! The loudly-branded company from the UK has focused on bringing you hardcore products that pack more of the exotic ingredients you can’t find in a majority of European-based formulas. 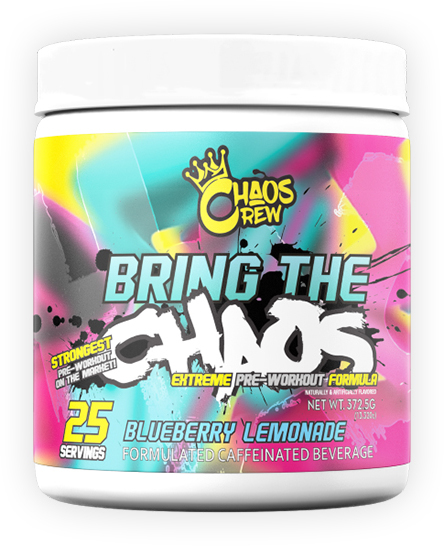 It’s Europe’s most hardcore pre workout supplement — a supplement that lives up to its name and its look.

If you’ve been watching PricePlow from Europe, and are wishing you could get access to many of the ingredients we have in certain supplements stateside, then get ready to meet The Most Hardcore Brand in Europe, who’s bringing them home to you!

Although they’re working to expand their product line into other supplement categories, one thing is for sure – they have the hardcore pre-workout covered! Bring the Chaos delivers an absolutely loaded formula to give you the intense energy, solid pumps, and overall euphoric feel you need to crush your workouts… but not too much caffeine and a solid anti-crash system we’re loving!

Chaos Crew didn’t shy away from some of the hardcore ingredients we’re used to seeing over here in America, even though pre-workouts like this aren’t all that common in Europe. We’re glad to see our international training partners across the pond finally getting more options, as we know just how intense they can be on a slow day!

In this post, we are going to break down the label, showing you just how Chaos Crew brings the chaos into the weight room! Before we get into it, though, be sure to check out and subscribe to PricePlow for supplement news, deals, and price alerts:

We split Mike’s review into two videos — the review, where he talked about the high-doses of “bonus stimulants” but lower dose of caffeine paired with a high dose of theanine, which was incredible:

Then even further below, we have an ingredient explanation if you’d rather watch than read:

To quickly highlight the important notes on this formula, here’s what we think is most important about what Chaos Crew is bringing to the table:

Just based on that, you can clearly see Bring the Chaos is not pulling any punches! It’s transparent, comprehensive label gives you everything you could want in a strong pre, and more! 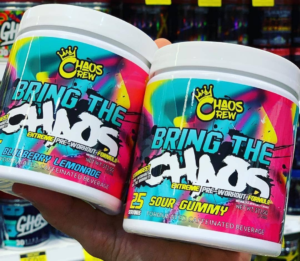 Blueberry Lemonade is the unique cocktail-like flavor, but Sour Gummy is still the winner!

There are no artificial colors used in Bring the Chaos.

Alright, so there is absolutely no need to stack any additional stimulants when it comes to Bring the Chaos. Chaos Crew absolutely has you covered on that front! However, adding in additional pump ingredients is doable, especially if you have a soft spot for stuff like VASO6! Maybe Chaos Crew has something else up their sleeves coming…

If you’re truly trying to get the most out of your workouts, perhaps a recovery supplement with creatine, EAAs, and/or betaine is something to look into!

A Serious Pre-Workout From Our Friends Across the Pond! 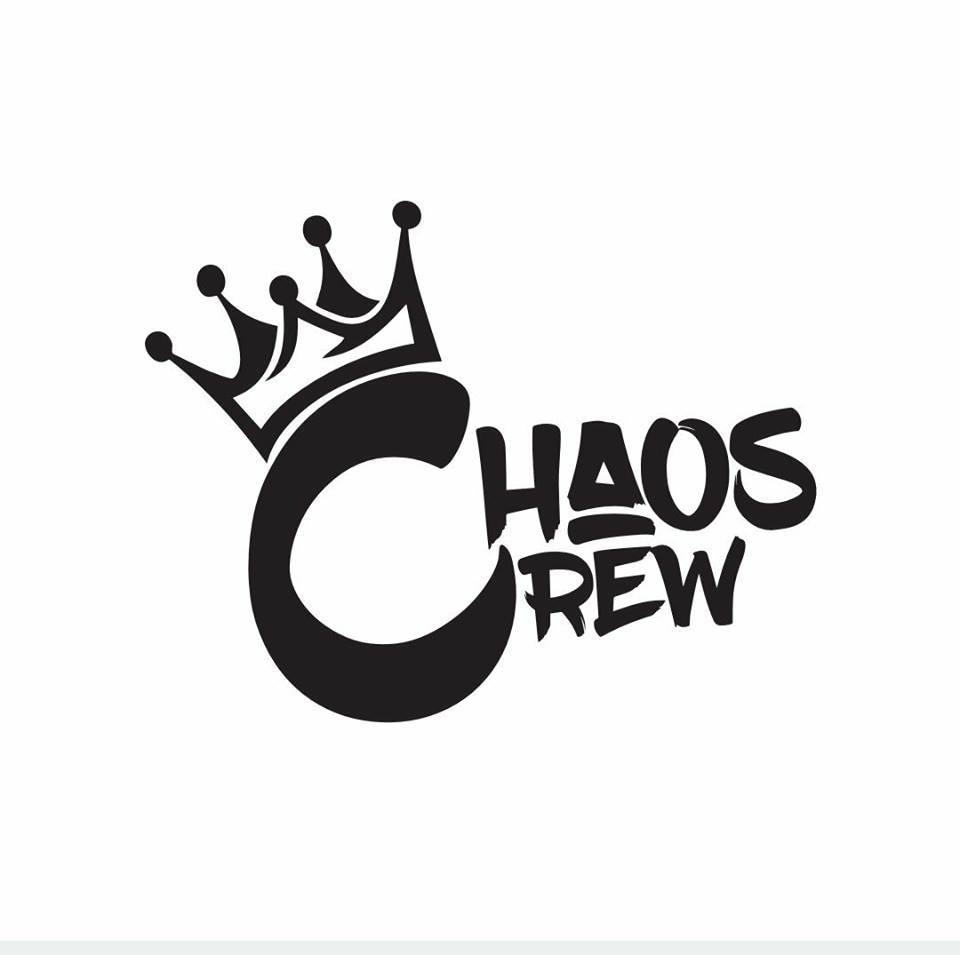 Are you ready to join The Chaos Crew?

It’s safe to say that Chaos Crew lives up to their most excellent branding, as they are bringing absolute chaos with this hardcore pre-workout. But it’s a controlled chaos, with the 250mg caffeine / theanine combo.

Delivering serious energy, powerful focus, and solid pumps, Bring the Chaos delivers on all fronts. Our friends overseas can now gain some insight into the hard-hitting supplements many of us love, and there’s no doubt they’re going to like it! Also worth noting, just in case – you can still obviously purchase this from overseas if you live in America, it’s just uncommon to have stuff like this coming from the UK!

But, just remember – if you’re inviting the chaos, you better be ready to control it!