Are you ready to be SuperHuman?! 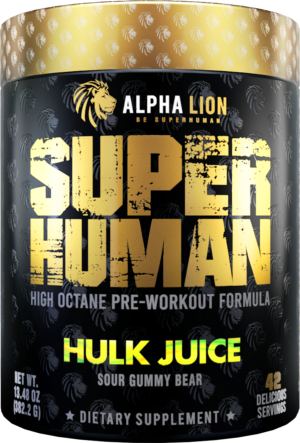 The new SuperHuman launched in 2020 is available exclusively at Bodybuilding.com and Alpha Lion’s website, and now comes with a 42/21 serving split!

A brand known for its impressive pre workout formulation, sweet flavors, and awesome label designs, Alpha Lion, has been using transparent and effective ingredient profiles designed to make you nothing less than SuperHuman.

Their mission is to have you looking your best by providing your body with the most well-balanced and high-energy training fuel to get you there. SuperHuman is a pre workout rock star, with a couple of retail stores telling us that it’s their top-selling pre workout right now. After using it for a while, we can see why. This powerhouse uses a fantastic blend of stimulants to get its job done, and it goes over excellently for just about any kind of athlete!

Below, we go over each ingredient to give you an idea of how this pre workout makes you feel SuperHuman. But first, sign up for PricePlow’s coupon-driven deals and Alpha Lion news alerts to stay ahead of the game:

Note: This article has been updated in January 2020 with the new SuperHuman formula, which will be available exclusively at Bodybuilding.com and on Alpha Lion’s website. This new formula has the 42/21 serving split (21 servings if using two full scoops per serving).

Before we dive in, realize that there’s 375 caffeine plus other added stimulants in each two scoop serving. This means that your first few uses will most definitely want to be around one scoop to asses:

Early in Alpha Lion’s career, we missed the SuperHuman boat for a bit too long, but now that we’ve tried a ton of the flavors, we know that this brand does not miss a beat. The flavors are simply downright incredible. Hulk Juice (Sour Gummy worms) is the top seller, but watch out for Troy Shreds’ favorite flavor, Unicorn Juice (rainbow Sherbert). 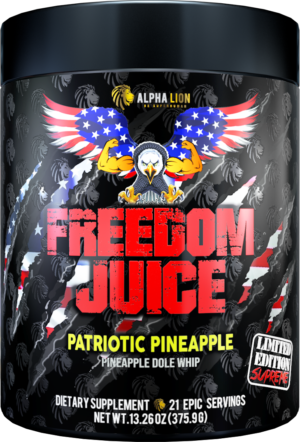 Need even more intensity? Are you sure?! Then check out SuperHuman Supreme.. while it lasts because it’ll only be available at retail stores!

If you want even more intensity and some added PEA, then you can go even harder with Alpha Lion’s SuperHuman Supreme, which comes along with crazy intense special offers!

SuperHuman has certainly made an awesome formula here, and we are more than happy to see them use new ingredients like S7 — this should be our first time trying it.

Be SuperHuman with Alpha Lion.

We love that this is the entry-level high-energy option for those who love some stimulants, and don’t want or need too much – just enough to give a lift. Most users will land at 1.5 scoops, but the two scooper is there for those big days. The caffeine does most of the energy work, but you know there’s a little something extra going on in that stimulant blend… but it’s not too much as long as you dose the caffeine side accordingly!

While the energy is perfect for so many customers, it’s definitely not a one-trick pony thanks to this insane pump blend!

Overall, it seems they have an impressive formula update here, with a seriously comprehensive stimulant matrix, and a killer pump section as well. To really see how all the elements will come together, especially that massive L-Theanine dose, we’ll have to get this in for an actual review.

We were late in jumping on the Alpha Lion train, but this one has massively impressed, so we’ll need to catch up with the rest of their catalog soon!

Note: The article above is based upon the formulas available exclusively at Bodybuilding.com and on Alpha Lion’s website. You can see them with the 42/21 serving split (21 servings if using two full scoops per serving).