Ghost Burn NON-STIM: Feel The Burn, Save Your Stims

Ghost BURN is one of the most successful fat burners on the market, but it has a minor issue: it competes for love with an even more popular supplement in Ghost Legend!

As a stimulant-based fat burner, morning users of Ghost Burn are generally forced to decide whether they want to feel the Burn or if they want to drink coffee, an energy drink (like Ghost Energy), or a pre-workout (like Legend). Due to the popularity of those latter two choices, Burn would sometimes get the short end of that stick. And that’s a shame, because it’s a fantastic formula. 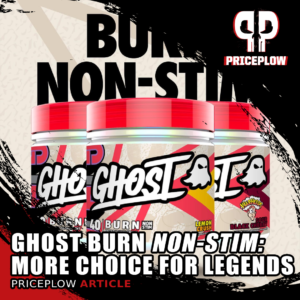 Ghost Burn Non-Stim is here, so Legends never have to choose between Burn and their other favorite stims!

Decide no more: now you can do both with Ghost’s latest release:

Ghost Burn Non-Stim: For Legends who want a stim-free burn

Ghost Burn Non-Stim solves the problem for those who want it all. Now you have a top-tier fat burning powder that can be stacked with any stimulant you want, because this one has none! It’s based off of the original Ghost Burn formula, packed with tons of L-carnitine, but is also boosted with novel ingredients like MitoBurn L-BAIBA.

And of course, the burn is still there in a clinical dose of CaloriBurn grains of paradise extract. The whole story is below, but first, check PricePlow’s coupon-powered price alerts: 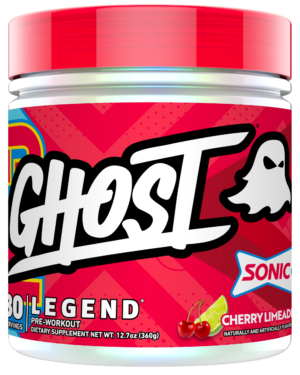 Unlike with Ghost Burn, you can take this one anytime you like. You can even do a scoop in the AM and a scoop in the PM. Figure out your strategy – the sky’s the limit with stim-free!

In terms of stacking, the stim-free pre-workout stack would include using this with Ghost Pump. However, most who are on stimulants may just add it to Ghost Legend for some extra burn during training sessions.

The team at Ghost launched Burn Non-Stim on a saturday, along with a video on their famed Building the Brand YouTube Series in S8:E23 titled All Burn, No Stim:

Burn vs Stims is no longer a decision 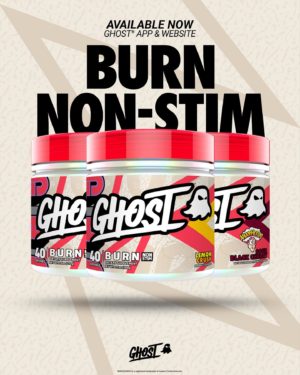 Ghost Burn has been an incredibly successful supplement, but there’s a major issue: Ghost Legend, Ghost Gamer, and Ghost Energy are too! While the original Ghost Burn + Pump stack made a great pre-workout combination, it’s just not the same as busting open a tub of Legend.

Now, you no longer need to decide if you’re taking Burn or Legend (or even your coffee). You can do both — using Ghost Burn Non-Stim.

This is a powerful formula with two tested and trusted novel NNB ingredients in MitoBurn and CaloriBurn, but don’t overlook that huge dose of chromium picolinate that’s up there in the nutrition area of the label! At 1000 micrograms, we’ve seen appetite suppression, which may be exactly what you’re looking for.

And if you’re thinking you do want stimulant support in Burn, then check out our articles on both Ghost Burn and Ghost Burn Black – either way, you can’t lose.