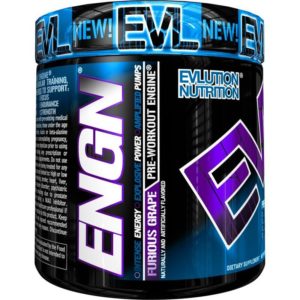 EVL ENGN is the brand’s headlining pre workout that’s all about the pumps, focus, and performance.

Today, we’re focusing on the supplement that got the brand noticed by many in the supplement community. Of course, we’re talking about their energy and focus-boosting pre workout supplement, ENGN.

What is it that makes this product sell so well? And with a proprietary blend, can it possibly overcome some fears, or is it just a product that everyone loves to get some hot deals on?

We’ve got all the info ahead on ENGN, but first, take a moment to check the best deal and sign up for alerts from PricePlow:

ENGN is a semi-open/semi-proprietary pre workout that is a unique collection of energy boosters, focus enhancers, and ergogenics designed to get your personal engine revved up and ready for a tough training session.

EVL doesn’t leave consumers wanting for flavors, as the brand has 7 different flavors to choose from for their headlining pre workout. Included in the lineup are: 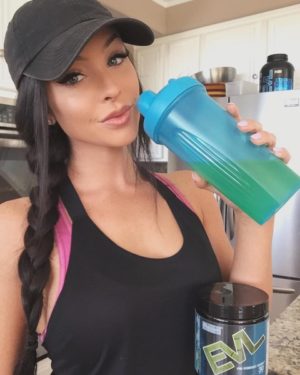 Other versions of ENGN available as well

If you want to go with a version of ENGN that has no artificial colors, flavors, or sweeteners, then check out ENGN Zero. And those who want a few added weight loss ingredients like forskolin and L-carnitine can also look into ENGN Shred.

EVL has expanded its ENGN lineup over the past year, but fans of the brand keep coming back to the original pre workout that started it all. ENGN delivers energy and focus to help you get amped up going into your workout and keep your riding high the rest of the day.

Every time we talk about a loaded new pre workout supplement, there’s a problem – they’re starting to cost a ton of money. $2.00/workout – sometimes even more!

That’s clearly not for everyone, especially those on a budget. But EVL’s stayed true to their form and we often find this for well under $1.00/workout here, so long as you’re cool with the lack of pumps and just need a high-energy blend.