Bucked Up Pre Workout: Come for the Deer Antler Velvet, Stay for the Senactiv

One of the better-selling supplement brands at the Vitamin Shoppe goes by the name of DAS Labs, but you may know them better for their “Bucked Up” line of products. Today, we explore the Bucked Up Pre Workout, which will bring a bit of intrigue to PricePlow Nation: 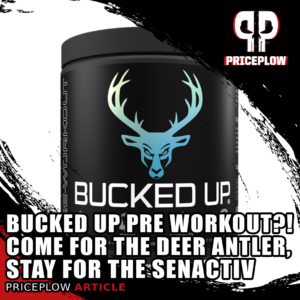 Deer antler velvet in a pre workout?! That’s the hype, but we’re more excited about the Senactiv / AstraGin combo for low-stim users!

The main premise behind the Bucked Up line of supplements is that they utilize Deer Antler Velvet in their formulas. This is an ingredient that has long been used in Traditional Chinese medicine, but hadn’t made serious headway into the more technical sports nutrition sector of the supplement industry until DAS Labs stepped in.

In this article, we dig into deer antler velvet, and look at the research and potential constituents in this unique ingredient. We also consider that this is more of a lower-stimulant, entry-level pre workout supplement, given its 200 milligram dose – now considered low in today’s high-energy society.

However, there’s a plot twist: while we may debate the effects and dose of the deer antler, the real potential comes from two ingredients made by novel ingredient developer NuLiv Science: AstraGin and Senactiv. This potent combination may bring a serious amount of added endurance — without blasting a massive dose of beta alanine.

So, as the title suggests, come for the deer antler velvet, stay for the Senactiv (and AstraGin). We dig in below, but first, check our PricePlow-based prices:

See our ingredient discussion on WOKE AF, a Stronger version

In this article, we cover the standard Bucked Up Pre Workout with 200mg caffeine. However, to get a discussion on the same ingredients (but with more stimulants), see the video below:

Below is a list of what you get in each 10.4 gram scoop of Bucked Up Pre:

The number of flavors this product has is indicative of its monstrous success. Below is a list of flavors that are currently in stock — there have been even more flavors in the past! 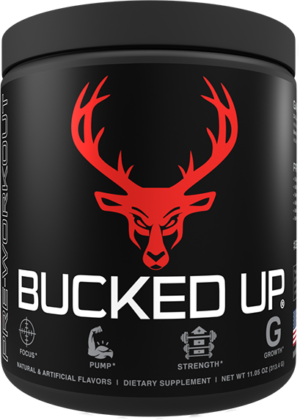 Come for the Deer Antler, Stay for the Senactiv

Bucked Up Pre Workout is an interesting one, to say the least. First things first, this is a lower-stim pre workout supplement meant for entry-level users. It goes without saying that if you need 400 milligrams of caffeine and other stimulatory ingredients to get going, then it’s not going to be worth your time. 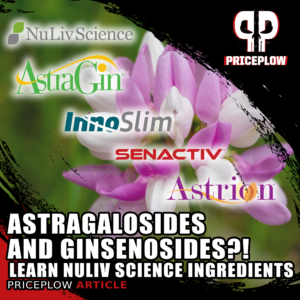 While their main marketing efforts are geared towards the deer antler velvet, that isn’t the ingredient that interests us – at least not at the dose used. Instead, it’s the combo of Senactiv and AstraGin that really seems to top off the endurance-enhancing effects of citrulline and beta alanine. Again, you can read about this in our Senactiv article as well as our in-depth look at astragalosides and ginsenosides.

Deer Antler Velvet is an interesting substance – but without knowing what it’s standardized for, the 50 milligram dose just doesn’t align to the successful studies that have been between 10 and 50 times the dose here. There might be some interesting hormones inside, but we just don’t know.

So instead, consider this a good lower-stim pre workout supplement that can enhance endurance but won’t have you tingling your entire face off. If you want to top off your beta alanine stores later in the day, you can always check out our beta alanine page to find some raw powder.

Meanwhile, if DAS could add an extra zero to the taurine score, that’d be great too. But if you want to try AstraGin and Senactiv in a low-stim form factor without alpha yohimbine or too much beta alanine, this is a pre workout to try.