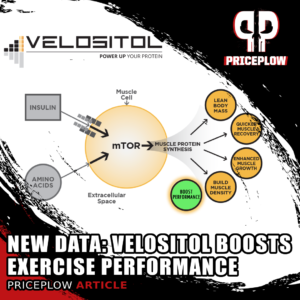 The findings were quite remarkable, and were originally presented at the Proceedings of the Annual Conference of the International Society of Sports Nutrition (ISSN) in September of 2020[1] and covered in this article. They were then formally published on July 7, 2021 in the Journal of Exercise and Nutrition in a study titled “Effects of an Amylopectin-Chromium Complex Plus Whey Protein on Strength and Power After Eight Weeks of Resistance Training”,[2] with additional information and charts added below.

A follow-up to the 2017 Velositol MPS Study

The study was led by researchers from the Center for Applied Health Sciences (CAHS), located in Canfield, Ohio. The lead researcher and the organization’s chief scientific officer, Dr. Tim Ziegenfuss, previously conducted a double-blind crossover study to evaluate the effects of an amylopectin and chromium complex (as Velositol) on the anabolic response to low dose whey protein (6 grams).[3] 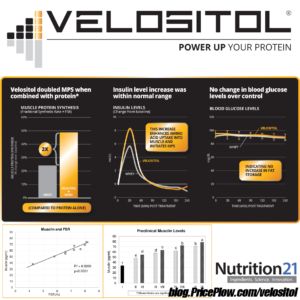 Made by Nutrition 21, the experts in Chromium and Insulin management, Velositol can boost Muscle Protein Synthesis by using chromium and a ‘tickle’ of insulin-spike from amylopectin!

Velositol Doubles the Power of Protein, but What Else Can it Do?

Although the findings from the 2017 CAHS study were significant, it only assessed Velositol’s potential in an acute setting on a fairly small sample size of 10 participants taking an extremely small amount of protein. So for the next trial, Ziegenfuss evaluated Velositol’s chronic effects on exercise performance and whole body protein balance, this time in combination with a higher dose of protein.

Before we dive into the nitty-gritty details of this exciting new research, sign up for Nutrition21 news alerts so you can stay up to date with one of the leading ingredient developers in the supplement industry!

For this new study published in 2021, Ziegenfuss and colleagues recruited 35 recreationally-active middle-aged men. They used a randomized, active-controlled, double-blind design and randomly assigned the subjects to three groups:[2]

The demographics are presented as shown below: 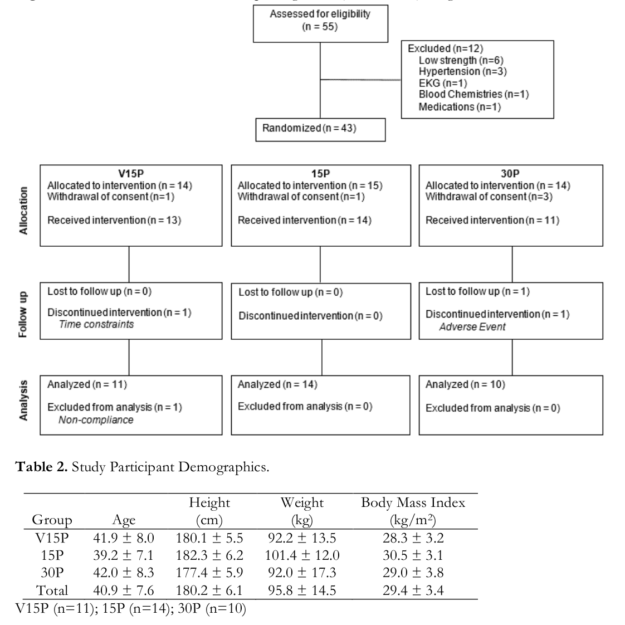 This study was performed on middle-aged men, but excluded some for ineligibility and more accurate results.[2]

The participants consumed their assigned supplement directly after training and at similar times during rest days. 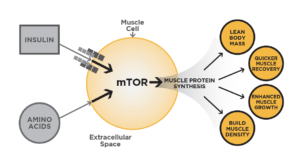 From previous articles: how Velositol expresses its muscle-building effects!

To ensure consistent results, the participants were asked to follow an identical pattern of dietary intake for the 24-hour period prior to each study visit while also observing an overnight (10 hour) fast.

It’s important to note that this was just part one of the study. Part two, which will be released at a later date, examines biomarker safety and recovery data. We will update this article as more information is published.

Here are some key findings from the study, with notes annotated below:[2] 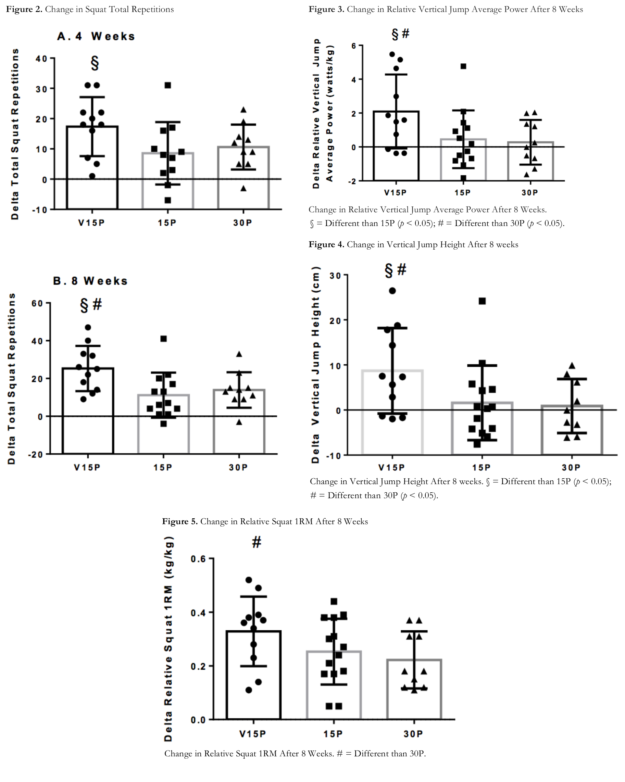 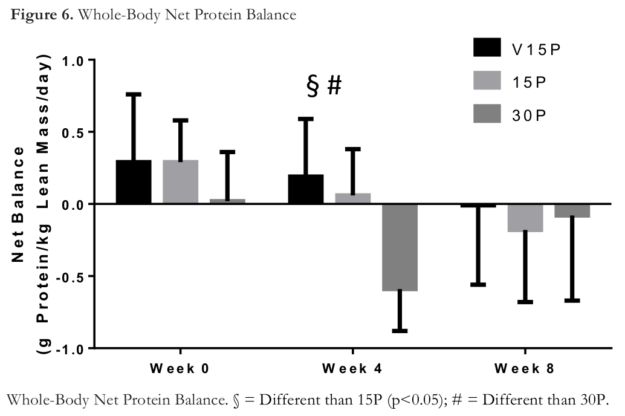 Ziegenfuss and colleagues found that consuming 2 grams of Velositol with 15 grams of whey protein was the most optimal combination, especially with regards to total squat repetitions, average vertical jump power production, and vertical jump height.

During an eight week resistance training program, the volunteers in this group saw greater increases in vertical jump height, vertical jump power, squat RFT, and squat strength. The men who took either 15 grams or 30 grams of whey protein alone did not see improvements to the same degree.[2]

The team provided a media-friendly summary shown below: 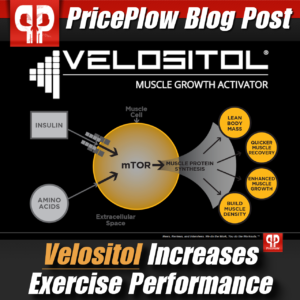 So what this means, in plain language, is that Velositol helps the body utilize the protein better at an early point in time. However, more research is needed to fully understand Velositol’s mechanism of action in regards to improving exercise performance.

Keep in mind that this is just a preview of the study, which was presented this month at the annual conference of the International Society of Sports Nutrition (ISSN).

To learn more, see our main Velositol article and sign up for our Velositol alerts below.

This article was originally published on September 18, 2020 and updated on August 2, 2021 once the data was formally published.