Seth Feroce’s supplement brand, Axe & Sledge has been on a monumental tear over the past two years. We often feature their killer stim-free pre workout pump formula, Hydraulic, and now we’re back with another one of their workout products, the supplemental carbohydrate powder in Demo Day. 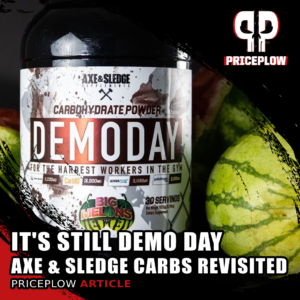 It’s DEMO DAY. Time to train like crazy, tear down your muscles, and build them better than ever before!

This article was originally published in April 2019 but was updated in 2021 to include more references and science.

Just as with the rest of Axe & Sledge formulas, Demo Day features an open label, efficacious doses, and patented ingredients. In fact, over half of the ingredients here are patented, keeping the high standard that Seth set for his products by using premium ingredients at all times. After all, you can’t fuel the hardest workers in the gym with low-quality ingredients and dirty, cheap carbs!

We’ll be giving you a breakdown of this rather unique supplement and its well-dosed ingredients, but before we dive in, be sure to sign up for PricePlow’s coupon driven deals so you don’t miss out on any discounts, and sign up for Axe & Sledge alerts to stay up to date on the latest and greatest with this awesome brand. 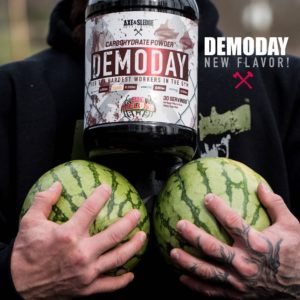 Those are some big melons you got there. Seth and the team at Axe & Sledge are having way too much fun!

Below is an up-to-date list of the Demo Day flavors available.

Important to note is that the flavored versions do have some extra sucralose added, but if you don’t want that, then just stick with the Naked version, which doesn’t. 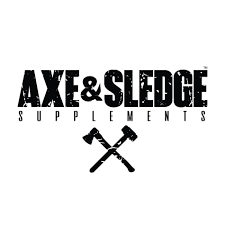 See all Axe & Sledge supplements and news on PricePlow, and note that 10% off coupon we have!!

Demo Day is bringing in some serious firepower with three high-quality, low-glycemic carb sources, but this product is more than a one trick pony. With added ingredients for some water pumps, as well as some glucose regulators, it seems Demo Day came into the market with some great innovation that we’re happy to see. Who else but Seth himself to add pump ingredients to his carb supplement.

This is an intra workout carbohydrate supplement that adds hydration – we’re clearly big fans of the blend and the glycerol / taurine combination added in – and it’s one that other brands have cloned as well.

This is literally exactly how we would design a carbohydrate supplement if tasked to do it ourselves. Looks like we don’t need to at this point, because Seth has the carb game handled.