Productivity – it’s something that we all strive for, whether that’s at school, work, in the gym, or just accomplishing random tasks throughout the day. There’s no better feeling than being productive, but in today’s society, we are surrounded by distractions. Although the internet, social media, and smartphones are amazing tools, you’re always one click away from spending an hour scrolling through Instagram rather than getting work done.

This is one of the reasons why, over the past few years, we’ve seen a drastic increase in products formulated to enhance mental focus, energy, and clarity, known collectively as nootropics. It’s important to note that a well-formulated nootropic is more than just caffeine, and it’s not the same as a pre workout supplement. Nootropics contain specific combinations of ingredients that are intended to boost overall cognition.

You could argue that nootropics could be used for a workout, but their uses go well beyond the walls of the gym. They can be utilized for work, studying, gaming, athletic events, or anything else where you need to get sh*t done. Just like with any other supplement on the market, not all nootropics are created equal, and there are a few brands/products that really stand out amongst the competition… which brings us to AZOTH.

Azoth was started by a natural bodybuilder, lawyer, and successful entrepreneur, Prady Tewarie. But what’s the meaning behind the name Azoth? It’s quite simple and straightforward: Azoth represents “the journey to unlock your true potential by living the life you truly desire”.

One of the brand’s slogans is “seeking Azoth”, which means seeking your desired life. But in order to do that and be successful, it takes an insane amount of discipline, countless hours of hard work, and ultimately, being extremely productive. 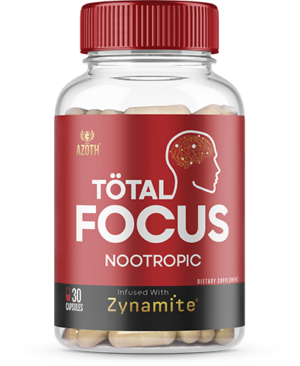 Be more productive with the power of Azoth Total Focus!

Azoth’s motto is “get sh*t done”, which means creating the time to create the life you want by achieving next level peak productivity. The brand was born out of a desire to help you kick procrastination to the curb and gain back control of your life. Azoth accomplishes this seemingly impossible task by creating a nootropic that delivers unparalleled mental energy, focus, and clarity. That nootropic is known as Total Focus.

Prepare to feel a new ingredient

While there are several nootropics on the market, Total Focus has an incredibly unique formula that makes it rise above the competition. It’s one of the first supplements to introduce Zynamite – a specialized extract derived from mango leaves, and it has the potential to be superior to synthetic stimulant ingredients that often saturate the supplement industry. Total Focus also contains PurCaf, one of the best sources of natural caffeine available, and Rhodiola rosea to further combat fatigue.

We call Total Focus the triple threat, because with just three ingredients, it’s extremely powerful. Although it’s becoming more common to see formulas loaded with over 10 ingredients, more often than not, less is more! And if you want to feel the power of Zynamite, you’ve come to the right place.

If you’re a founder building a new product and you start a sentence with “I think this is what consumers want..” or “I really think customers want…” you need to stop right there. A big mistake I see many founders make is that they build their companies and products around assumptions that they’ve never validated with their own consumers and then cross their fingers, hoping it will work.

“The odds are not in your favor. You have a better chance at winning the lottery than guessing what job your customer is trying to accomplish when buying your product, and an even lower chance at building a product that actually helps them get that job done. And you don’t need to hire a massive consulting firm to do so. You pick up the phone and you call your customers, and you have real meaningful conversations with them, like you do with a close friend or family member.

I personally called 2,392 of my own customers and spoke to them on average for 90 minutes each trying to figure out what focus products they were using, what job they were looking to accomplish, and how the options were failing them.

I knew after a year-long conclusions of calls that I had to build a focus supplement that could fit in a pocket or a small briefcase, in one capsule, was all natural, but not completely reliant on caffeine, and would work in any situation – from a quick pick-me-up to “I have the biggest presentation in my life and I haven’t slept”. It had to work the entire day, it had to get the job done unlike anything else.

That’s how TOTAL FOCUS was born, and why we were relentless on getting Zynamite to North America in our products. We needed something that was studied on humans that was potent enough to fit in 1 capsule and then we covered a whole host of bases that we got from our calls.

So when the product came out, and I got in touch with every person I spoke to I said, “Hey, we built a product, just for you.” We sold out our entire first batch in 5 days, and right now our challenge is keeping enough in stock to meet demand. And that’s not a surprise to us – we built it for our customers. Our customers are our family. That’s the story of AZOTH.”

Keep reading to see what makes Total Focus one of the most popular nootropics on the market. But first, make sure to sign up for Azoth news and deal alerts, so you never have to pay full price for premium supplements! 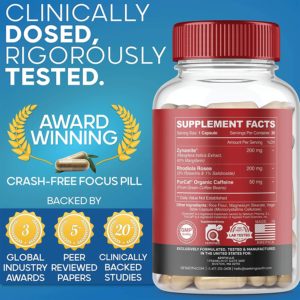 While the majority of capsule based supplements require you to take multiple pills – with Azoth Total Focus, all you need is one capsule to reap all of the mental boosting benefits. Each bottle comes with 30 capsules total, so you’re getting a full 30-day supply at a very competitive price.

Azoth formulated Total Focus to deliver fast-acting and long-lasting mental energy, focus, and clarity. They achieve this by combining three simple ingredients at clinically studied dosages. You will no longer have to waste money on overpriced energy drinks or coffee and you can avoid the jitters, headaches, and anxiety that’s often associated with high stimulant consumption.

Total Focus is your one stop solution to being more productive, so let’s see what it has to offer!

One serving of Total Focus provides:

Check Out This Video For A Breakdown of AZOTH Total Focus By Prady Himself!

The Minds Behind Azoth: Meet The Enlightened Millennial Podcast

Prady is a lot more than just a supplement company owner – not only does he want to provide you with products that supercharge your creativity, productivity, and results. Prady wants to spread the knowledge and wisdom he’s gained through building a successful company with anyone who is willing to listen.

Beyond formulating high quality supplements, Prady also has teamed up with his good friend Leandro Molina to create a platform where they interview extremely successful entrepreneurs and share their experience, tips, and advice. What’s even more incredible is that Prady and Leandro do this all for free and you can listen to hundreds of episodes packed with practical information.

If you’re a millennial looking for an extra boost and a dose of no B.S. perspective, then tune into The Enlightened Millennial Podcast! Click the hyperlink, or you can search for it on Apple Podcasts, SoundCloud, Spotify, and Stitcher Radio. 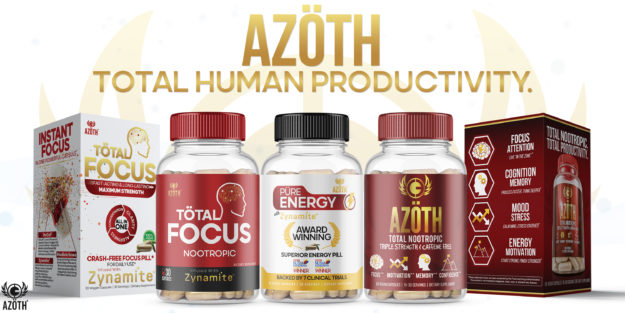 GET SH*T DONE WITH AZOTH!

Zynamite has some promising research to support its use and the reviews on Azoth’s website for Total Focus speak for themselves. Total Focus may be one of the most simple, yet effective nootropics we’ve come across and it’s likely because Azoth uses a solid combination of premium ingredients at efficacious dosages. We really think that Prady hit a homerun with this formula, and don’t be surprised if other companies quickly follow suit. 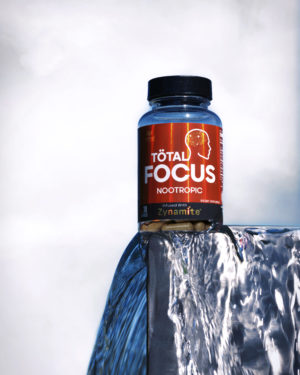 Experience the power of Zynamite with Total Focus!

After assessing the literature, it’s clear that Total Focus can be used in a variety of ways, from work to studying and even hitting the gym, the possibilities are endless. If you’re tired of wasting money on energy drinks, coffee, or other ineffective nootropics on the market, then we highly recommend trying out Total Focus. If you’re serious about getting things done and boosting your productivity, this is the supplement for you!

In addition to Total Focus, Azoth also offers other products, including Azoth 2.0: Total Nootropic, which is caffeine free, and a stand alone Zynamite product. Unlike several other brands in the supplement industry, Azoth solely focuses on nootropics, which is why they are leaders in that category.

The last thing we want to highlight that makes Azoth stand out is that every batch of Total Focus is made in a cGMP/FDA registered facility and goes through strict third party testing measurements before it can be sold. This extra step shows that Azoth is dedicated to giving their customers the best product on the market.

If you want to get notified when more articles, product reviews, and deals drop from Azoth, just subscribe down below! You can find out more about Total Focus by clicking on the link below!