Ember Non-Stim is a two-capsule fat burner that brings tons of heat thanks to CaloriBurn, MitoBurn, and dihydrocapsiate, but no caffeine or other stimulants!

Chris Waldrum and his team are back from Inspired Nutraceuticals, touching down from outer space with a new stimulant-free fat burner that comes in just two capsules per serving. 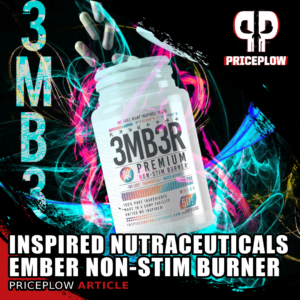 United We Inspire: The Ember Non-Stim fat burner is here

It’s called Ember Non-Stim, and it includes the potent combination of MitoBurn L-BAIBA and CaloriBurn grains of paradise extract from NNB Nutrition, bolstered by much-needed iodine and even more thermogenic spice added atop of it.

At just two capsules per serving, this is a simple-yet-complex synergistic supplement, and it can be stacked with other Inspired Nutraceutical favorites like the original Ember fat burner (stim-based), DVST8 Global pre-workout, and/or FSU stim-free pre-workout.

Below, we cover how you can light some thermogenic embers without the use of stimulants, while amplifying the sweat effect with a small dose of GBB. First, check prices on PricePlow and see our Inspired Nutraceuticals price alerts:

In just two capsules of Ember Non-Stim, you get the following active ingredients:

As a stimulant-free fat burner, dosing is quite flexible. We recommend taking it on an empty stomach before meals, and it can be taken alongside coffee (don’t add calories to your coffee if dieting!) or a stimulant-based fat burner like Ember.

You can then take an additional two capsules 6-8 hours later. Per the label, advanced users can even try taking one last capsule before bed!

For workout stacking, you can stack with Inspired Nutraceuticals DVST8 Global pre workout, or keep it stimulant-free by stacking with FSU. 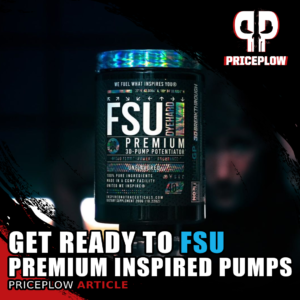 Keeping it stim-free, FSU has a huge upgrade with a new breakthrough ingredient!

If looking at body recomposition, Inspired Nutraceuticals LGND is quite popular, as is the CR3 creatine capsule.

Many fat burners these days are powdered, high-stimulant, or use tons of capsules to add in carnitine. Those are great, but sometimes those bases are already covered by diet and/or other supplements.

Chris Waldrum and the team at Inspired decided to simplify the form factor — just two stimulant-free capsules that can be taken anytime — but use novel ingredients inside. It’s “simply complex”, which is also a great way to describe the brand’s unique artwork and personality.

We’re extremely bullish on the MitoBurn / CaloriBurn combination, and the fact that we’re also getting CapsiAtra — an ingredient not covered much lately — makes this one even hotter.

You can see where to get it below on PricePlow: