Glaxon continues to gain traction in the supplement industry with innovative products!

The Glaxon “Goons” make an appearance on the blog each month, and we’re always pleasantly surprised by what they come up with. Last time, Glaxon released Serenity, an extremely unique cortisol-reducing supplement that’s capable of destroying excessive levels of physical and mental stress. And we all know that less stress results in more gains – both in the gym and in life!

As soon as Serenity was released, it flew off the shelves, with Glaxon Goons all over the world raving about its effectiveness. In the midst of that launch, Joey Savage, Glaxon’s mad scientist, was putting in long hours at the Supplement Lab to create another product that would soon steal the spotlight from Serenity. It goes by the name of Arc Immune.

The immune system is quite the hot topic in 2020 – it seems that nearly every supplement company is trying to formulate their own version of an “immune booster”. However, many of them fall short of being any better than a multivitamin. You cannot argue that getting enough micronutrients through diet and supplementation are key to having a properly functioning immune system, however there are several innovative ingredients on the market that can be added to offer additional benefits in regards to immunity. 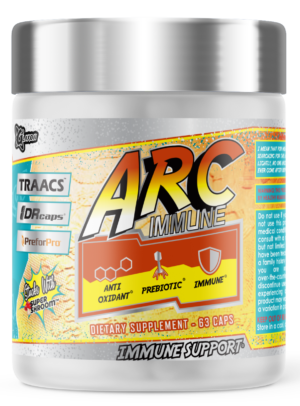 Prepare your immune system for battle with the help of ARC Immune!

On top of key minerals that play a crucial role in immunity, such as zinc and copper, Arc Immune features a collection of unique ingredients that further enhance multiple components of the immune system. Leave it to Glaxon to create a product with several ingredients the industry has never seen before!

It’s important to realize that products marketed at “immune boosters” are not magic pills that ward off any and every pathogen that comes your way. Think of Arc Immune as an extra set of armor – it offers more protection – but you still need to put up a good fight. Overall, immune system support supplements can better equip you to defend against foreign invaders and they can be incredibly helpful when formulated properly.

Everything you need to know about Glaxon Arc Immune is included down below! But before you get a science lesson, make sure to sign up for the Glaxon news and deal alerts to catch the next launch from a brand that’s shaking up the industry!

Arc Immune is another capsule based product from Glaxon, and it features the powerful DR Caps from Lonza, which is short for delayed release. 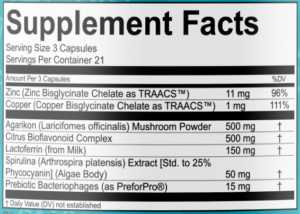 This is one of the first products we’ve seen include the clinically studied dose of PreforPro!

DR caps are starting to gain popularity, because they significantly reduce the breakdown of ingredients which can occur in the stomach.[3] DR caps have an acidic resistant coating that prevent stomach acid from affecting the components inside the capsules.[3]

Therefore, once the compounds reach the small intestine, they are better able to carry out their intended effects. Furthermore, DR caps help minimize odor and decrease the unpleasant aftertaste that some ingredients are known to cause.[3]

Glaxon recommends taking three capsules of Arc Immune per day for optimal results. You can either take them all at once or divide them up throughout the day, preferably with meals. The most important thing is being consistent, so pick something that you can realistically stick to!

As always, we recommend consulting with a healthcare professional before taking any supplements!

The Glaxon Goons Are Taking Over The Supplement Industry

Glaxon is not even a year old yet and they’re quickly making a name for themselves in the sports supplement industry. One of the reasons why the Goons are becoming so popular is because they bring new ingredients to the market, create innovative formulas, and develop eye catching graphics and labels. That combination really makes them stand out! 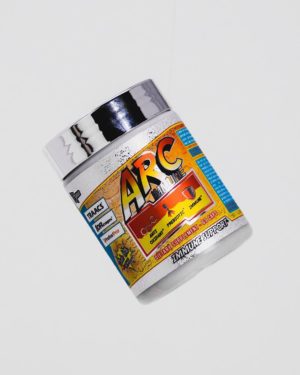 If you want an immune supplement that’s more than just a multivitamin, ARC Immune is the way to go.

Glaxon has the perfect balance of art and science, which makes for a truly unique brand. Whether you want to nerd out by watching Supplement Lab YouTube videos, or brighten your day by reading some Goon Toons, Glaxon has you covered!

Products such as Serenity, Super Shroom, and Arc Immune are just a glimpse of what Joey Savage is capable of doing. He’s worked in the industry for several years behind some big brands, but now that he has the platform to fully express himself, who knows what the future holds. It will be interesting to see what supplements Glaxon comes out with next, but whatever they are, we know they will put their own unique spin on “traditional” products.

We’re not sure what will be the next product launch, but we do know that Glaxon is not slowing down anytime soon. Word on the street is… they have a lot more on the way and may even be entering the functional food category in the near future. Stay tuned for more information – PricePlow will be the first to let you know what the Goons are up to!