The Glaxon Goons are back on the PricePlow Blog, with a 2021 update to a formula that was a total hit in 2020. The team has been researching, testing, and formulating a product that nearly everyone can benefit from, especially in these dystopian times.

Serenity Stress Support has has been upgraded, and it’s here to make sure you stay calm, peaceful, and stress-free no matter how much chaos is happening around you. 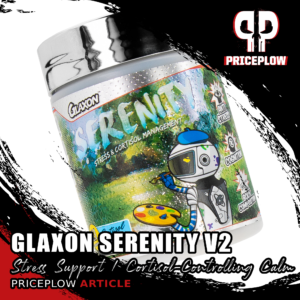 Serenity features a unique combination of six ingredients that synergistically work together to lower cortisol levels and as a result, decrease stress. It also was formulated to improve mood and overall sense of well-being. While it can be taken daily, it’s best to keep around for excessively overwhelming times. Keep a bottle around as your secret weapon!

Nobody likes to be stressed out, but stress is a normal part of life, and it’s important to find healthy ways of dealing with it. Stress is a very broad topic, taking on a multitude of forms, such as psychological, physical, social, and environmental. Everyone has a certain amount that they can handle on a given day, and once that limit’s exceeded, it can start to wreak havoc on their life.

If you’re chronically stressed out for weeks on end, then you may feel unmotivated, depressed, fatigued, anxious, or angry. And if you remain in a high state of stress for long enough, not only does it impact your mental health, but your physical health will also decline. We can’t talk about stress without mentioning cortisol, so we cover that later as well. But let’s get on to the ingredients in Serenity V2…

Get ready, because we’re about to dive deep into the science behind Serenity’s stress reducing formula. But before all of that, make sure to sign up for Glaxon news and deal alerts, because they’re always up to something interesting in the Supplement Lab!

Serenity is a capsule-based supplement from Glaxon, and they recommend taking three capsules as needed — and for optimal results, without food.

Serenity uses a type of capsule called DR Caps, which help prevent ingredients from being broken down too early in the digestive system. Therefore, it enhances the potency of the ingredients, but also prolongs the time it takes for you to start feeling the effects. So don’t be surprised if it takes at least an hour for it to fully kick-in — that’s just how the DR Caps work.

Serenity’s Mechanism of Action: An Overview

In order to fully understand how Serenity expresses its positive effects, we need to cover how cortisol is produced in the first place.

Whenever your brain senses stress, regardless of its source (physical, emotional, or mental), it sends a signal to a specific region in the brain called the hypothalamus. Once the hypothalamus gets the message, it starts secreting corticotropin releasing hormone (CRH), which gets relayed to the anterior pituitary. 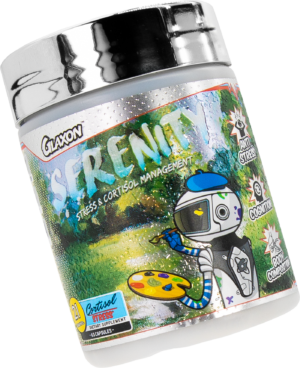 Less stress, more gains (or losses, depending on your goals)

As a result, the anterior pituitary produces a hormone called adrenocorticotropic hormone (ATCH) and that ends up traveling to the adrenal cortex. Finally, the adrenal cortex will start pumping out the cortisol.

Furthermore, in response to stress, the adrenal glands will also secrete a pregnane steroid hormone called cortisone, which is classified as an active metabolite of cortisol. Since cortisone is a precursor to cortisol, it can further increase levels of cortisol.

In response to the increased levels of cortisol, you may experience increased heart rate, blood pressure, rapid breathing, and sweating. Cortisol plays a huge role in your fight or flight response, meaning it’s preparing the body to defend itself from some sort of stressor or danger.

On a physiological level, cortisol increases blood sugar by breaking down glycogen, decreases amino acid uptake in the muscles, slows down digestion, suppresses the immune system, reduces serotonin production, increases lipolysis, and even prevents bone formation. That’s fine in the short term when you need it, but it’s not fine when it’s chronic.

The Triple Threat To Reducing Cortisol…

You could say that Glaxon is attacking cortisol from every angle to give you less stress and more gains. So let’s see what each ingredient is capable of!

What a unique take on stress relief and cortisol control!

The differences between Serenity V1 and V2

Glaxon’s Founder and CEO, Michael Bischoff, explained some of the changes they made for Serenity V2:

Some things to note about the new Serenity:

We increased the dose on Quercetin from 50mg to 200mg. This allows for more modulation of CYP11B1 and 11B-HSD which are both involved in the biosynthesis of cortisol.

We added Lipidox (Sunflower Lecithin for phospholipids) and Ox Bile (bile acids) to enhance digestion and absorption. This was done in all V2 products which are in DR capsules.

We added L-Theanine at 100mg because that was just too obvious of a move and hopefully it will be more recognizable to more general consumers.

We increased the dose of Magnolol/Honokiol from 120mg to 200mg. This is an ingredient we removed from Sedative as we transitioned into Tranquility but we love it. It has extremely noticeable effects on GABA and downstream antihistamine effects that lower cortisol rather quickly which leave people feeling more relaxed and in a better mood.

We slightly reduced the Phosphatidylserine- it takes up a lot of space and the fat soluble nature of it seems to have led to some of the compounding effects of malaise when full doses were taken days in a row. We found that it was too difficult to explain underdosing to consumers and frankly it’s too complicated to put that on this small label without compliance issues on what a serving size actually is without compromising SFP integrity.

All that said, the V1 is still a great product, but I expect consumers of Serenity V1 to find the Serenity V2 more efficient and functional for the same price. Oh, and the new label is pretty sweet!

You can also see a side-by-side comparison, with the older V1 label on the left: 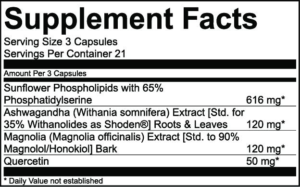 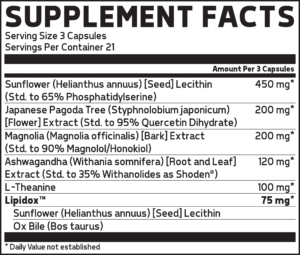 Cortisol is the body’s primary “stress hormone”. It’s classified as a glucocorticoid steroid, and gets secreted from the adrenal glands. Cortisol takes on several roles within the body, such as regulating stress response, blood pressure, inflammatory response, and blood sugar levels. Cortisol is a key component of the sympathetic nervous system, also referred to as your “flight or fight response”. 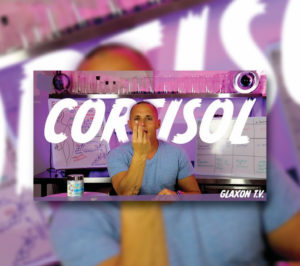 Therefore, having acutely high levels of cortisol is a good thing if you quickly need to escape from danger. However, when it’s chronically elevated, things start to go downhill. Cortisol can make it extremely difficult to build muscle, lose fat, and alter your mood and judgement.

There are several activities you can do to reduce stress and cortisol levels, but when that’s not enough, supplements may come in very handy. It’s well-established that there are specific natural herbs and compounds that can significantly help you adapt to both physical and mental stressors. Fortunately, you don’t need to go digging through the research to find out what’s the optimal ingredients, dosages, and combination of herbs that result in the best effects. Glaxon did that for you and it goes by the name of Serenity.

Remember, the goal is not to completely eliminate cortisol, it’s necessary for overall health. But you do want to manage it. Serenity is here to keep your stress levels in check.

Watch Joey Savage explain all the science behind Serenity’s formula!

This is no run-of-the-mill stress relief supplement, to say the least!

Glaxon is carving their own path in the supplement space

Glaxon burst onto the supplement scene at the end of 2019, and when we were first introduced to this newcomer, we didn’t know exactly what to expect. What do you get when you build a team from all walks of life in the supplement industry, who are all unafraid to leave no stones unturned? 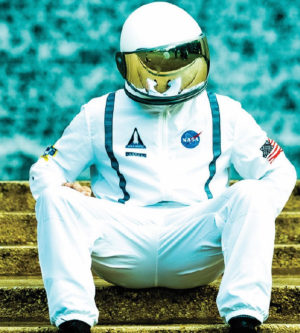 What other supplement company can pull off an astronaut outfit?

The answer is that you get a company that’s not afraid to take risks, and stands out with epic products while having some fun along the way. Glaxon is the breath of fresh air the supplement industry needed, because at times, it can seem stale and monotonous. Too many brands are just in it for the money and just copy formulas and slap their label on it. And then you have Glaxon, the latest brand that these other companies are copying!

We predicted that Glaxon would be the brand to watch for 2020, and they fulfilled that and then some. Now they’re simply the brand to watch forever. Although they have products in several traditional categories, such as amino acids, fat burners, pre workouts, and sleep aids, don’t expect them to be your typical sports supplement company. Glaxon’s goal is to branch out as much as possible to bring a new audience to the industry, and that’s exactly what they’re doing moving forward.

Serenity is a great start because everyone deals with stress, whether it’s physical, mental, environmental, or emotional. People in and out of the fitness industry can greatly benefit from this product, and they’re doing it better than companies that claim to specialize this space. We can’t wait to see what the brand has in store for the future, and if you’re ready for more innovative formulas and educational videos, then subscribe down below!