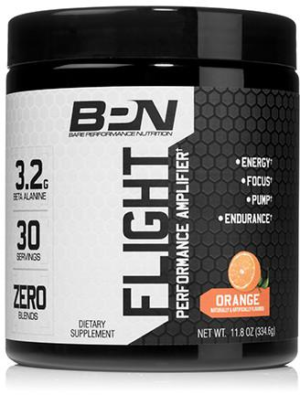 Bare Performance Nutrition is a fast-growing brand from Texas looking to soar with its clinically dosed pre workout, Flight.

The brothers (who have quite a nice YouTube presence) have made it their mission to take the supplement industry by storm with well-dosed, transparently-labeled formulas, something we’re always in favor of here at PricePlow.

For BPN’s debut on PricePlow, we decided to take off with the brand’s flagship product, simply known as Flight. This one is bringing the goods (as you’ll see in our review below) as well as a solid dose of the tingles for endurance!

We’ve got more info ahead, but first, take a moment to check the best deal and sign up for alerts on PricePlow:

Flight contains full doses of some of the most proven and popular ergogenics and nootropics that makes for a well-formulated pre workout.

If you’ve seen any of our YouTube reviews, you’re well aware that BPN has it down when it comes to flavoring supplements properly. We’ve tried the Pina Colada flavor of Flight, and it’s downright delicious. 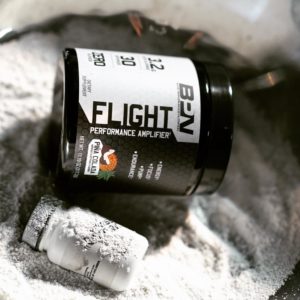 Take your performance to new heights with BPN Flight.

In total, there are three flavors to choose from:

BPN is young, hungry, and catching on fast with knowledgeable supplement consumers — all indicators for a successful company in the making. Flight is a well-dosed, straightforward pre workout that delivers what you need, when you need it.

Looks like we’ll have to see what else the Bare Brothers have brewing behind the scenes – these Texas boys are on to something big!!