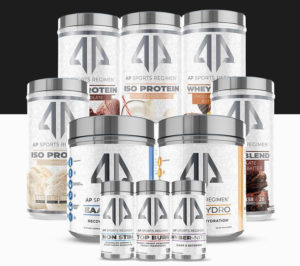 AP Sports Regimen is a new sports nutrition brand that launched in November. Rather than spacing their releases out over the course of the following months, the young company dropped an entire product line at once. Right now, customers can purchase:

Although AP Sports Regimen is a brand new company, they were consulting with experts, leading ingredient suppliers, and manufacturers long before their first product launch. One of the first athletes AP Sports Regimen signed on is Ben Chow, a well-respected physique coach and bodybuilder.

In addition to his role as a sponsored athlete, Ben is also involved in product development and formulation. We appreciate that AP Sports Regimen collaborates with real athletes to test their products. It shows how committed the company is to designing supplements that work well.

Over the next few months, we’ll cover the entire introductory line in-depth on the PricePlow Blog, IGTV, and our YouTube channel. We’ll also report on new releases, including AP Sports Regimen’s Pre-Workout, which is expected sometime in 2021.

Increase your energy, focus, and metabolism with Top Burn.

For the first product breakdown, we’ll start with Top Burn, a weight management supplement that’s formulated to increase focus, energy, and thermogenesis. Top Burn features a fully disclosed label, which means the exact dose of each ingredient is listed on the product.

In order to increase focus, Top Burn uses efficacious doses of alpha-GPC, L-dopa, and huperzine A. For a boost in energy and thermogenesis, Top Burn has three different stimulants: caffeine anhydrous, Infinergy (dicaffeine malate), and Dynamine (methylliberine). Perhaps the most interesting ingredient in Top Burn is palmitoylethanolamide (PEA), a fatty acid amide that works like a natural pain reliever. Interestingly, this is one of the first PEA supplements that we’re covering.

Although Top Burn is great on its own, for even more powerful results, users can also stack it with Non-Stim.

Keep reading to learn more about Top Burn and subscribe below so you don’t miss out on another product release from AP Sports Regimen.

Each bottle of Top Burn contains 120 capsules, which comes out to a 30-day supply if you take four capsules per day. AP Sports Regimen recommends taking two capsules if you’re a beginner, three capsules for intermediates, and four capsules for advanced users. However, regardless of your experience level, it’s a good idea to start with a low dose — two capsules — so you. can assess your tolerance. Since Top Burn contains over 300 milligrams of caffeine, it’s best to avoid taking it within 5 to 6 hours of going to sleep.

Here’s what one serving (four capsules) of Top Burn contains:

Top Burn: A Nootropic or a Fat Burner?

As you can see from the ingredient breakdown, Top Burn is a versatile supplement. It can be used to increase productivity, focus, energy, and metabolism. Although the name is Top Burn, it’s much more than a generic fat burner. 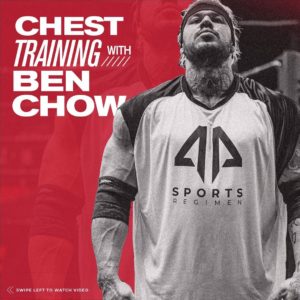 Follow AP Sports Regimen on social media to get training tips from Ben.

Based on the ingredient profile, we would argue it’s more of a nootropic, which is a supplement that’s designed to increase mental energy, focus, and clarity. Top Burn is an ideal product to take first thing in the morning to help kick-start your day. If your goal is to lose weight, though, you can always take Top Burn before a cardio session for an extra boost. AP Sports Regimen has a product called Non-Stim that can be stacked with Top Burn to further speed your metabolism and promote thermogenesis.

We’re excited to see what AP Sports Regimen comes up with next, how they grow their team, their platform, and online community. Be on the lookout for more AP Sports Regimen news, reviews, and deals from PricePlow. Make sure to subscribe below so you don’t miss out!