We’ve pegged 2017 as the year of the nootropic, and so far, this year has certainly lived up to that moniker. Several new and intriguing products have already landed on the market, but nothing like the newest one from Performax Labs.

In short, this has become our absolute favorite capsule- and stimulant-based nootropic!

As you’re well aware, these guys always bring something intriguing to any new product they release, just like in recent releases such as VasoMax and MassMax XT, and we can’t leave out their hit pre workout, HyperMax.

Now, Performax’s NootropiMax is unlike any other nootropic supplement you’ve tried so far, and provides not only acute benefits, but will also yield cumulative benefits too!

New in this one is Bacognize, a fresh form of bacopa monnieri extract that we’re going to have to test out.

We’ve got the ingredient analysis ahead, but first, take a moment to find the best deal and sign up for alerts from PricePlow:

NootropiMax brings some proven ingredients to the table along with a few other unique additions that have piqued our interest and are sure to separate them from the competition.

When it’s time to bear down and get in the zone for work or studying, consume 2 capsules daily for enhanced brain gains and long-lasting focus. 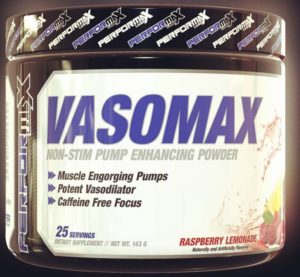 There will be no shortage of nootropic supplements entering the market place in 2017. Many will come and go with little fanfare or much in the way of true effectiveness…that’s definitely not the case here.

Performax Labs has created quite the specimen in NootropiMax, and if you’ve never dabbled in the world of cognitive enhancers, there’s no better place to start than here!