Revive MD Turmeric+: For the Pursuit of Perfection in the Face of Pain

The overwhelming majority of the sports supplement industry focuses on a product model in which the architecture of product design uses the “gain this” or “lose that” format. In other words, nearly all products either target fat loss or muscle gain. Revive MD breaks from this popular mold and uses a prevent this and repair that approach. This health-based wellness company co-founded by highly-respected fitness coach Matt Jansen and hormone therapy expert Dr. Domenic Iacovone, has bigger plans. 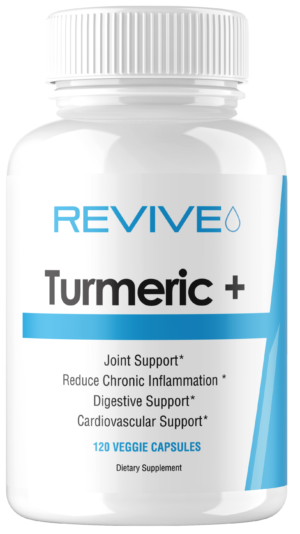 Newton’s third law states that every action has an equal and opposite reaction. When you apply this law to sports and gym performance, we are talking about the side effects and wear and tear that hard trainers often encounter. A relentless pursuit of performance often has a price tag attached and the balance due may manifest itself at the expense of one’s connective health.

Peak performance requires a tireless effort in the gym and the kitchen. While chasing optimal performance and physique results we often strain multiple body systems. The heavy training takes its toll on our joints and connective tissue. The endless eating stresses our digestive and elimination systems to the max. Finally, those pushing the limits of performance enhancement often sacrifice certain organ systems’ health in their extreme pursuit. Revive MD has introduced a high-end line of health and wellness products intended to shore up and prevent potential health pitfalls the average, as well as the extreme athlete, may encounter.

In this piece, we will focus on a Revive MD’s Turmeric+, a product every single type of athlete, and even everyday person can benefit from. With whole-body inflammation in its sights Turmeric+ is far more than your average joint product so commonly seen flooding the market.

This is our first time covering Revive MD, but certainly won’t be the last. To say we’ve been impressed by this brand would be the understatement of the year. Before we dig in, sign up for PricePlow’s Revive MD news alerts, as we plan to have more in-depth content and giveaways on this science-based brand:

Note: Turmeric+ was formerly known as “Inflammation RX”. It has been renamed, but is the same exact formula.

Right off the bat, we see Turmeric+ is a fully disclosed open-label supplement, something we are huge fans of here at PricePlow. The compilation includes five well-researched ingredients – two of which are trademarked standardized extracts. Revive MD goes so far to tell you the exact standardizations, and what the ingredients ultimately yield. 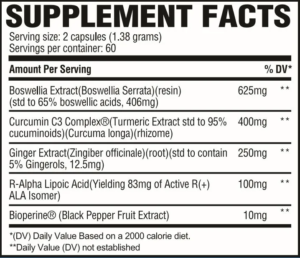 What we love is that you get a two month supply with this bottle! No other brands are doing this in this niche!

Turmeric+ breaks from the industry standard and offers a complete two month supply in each bottle when taking the recommended two capsules per day making it an excellent value.

Revive MD suggests simply taking two (2) veggie capsules of Turmeric+ with 8-12 fl oz of water, and preferably with a meal. If following that recommendation, you’ll be getting two months supply in a bottle!

Revive MD has assembled a product that goes far beyond the standard cookie-cutter joint supplement. Employing top quality extracts of research backed phytochemicals while providing efficacious doses fully disclosed on their open-label Revive MD has created a product in Turmeric+ that can address inflammation not only in a user’s joints but throughout one’s whole system. Whether a user is suffering from cerebral inflammation, gastro-intestinal issues due to heavy eating to fuel heavy training or simply achy joints due to pushing it day in and day out Turmeric+ has one covered from head to toe.

Revive MD’s billing it (with disclaimer, of course) as “the last product you will ever need for total body inflammation,” and at this point, we can’t really disagree.