If you haven’t heard about Revive MD yet, then it’s time to catch you up to speed. Founded by bodybuilding coach extraordinaire Matt Jansen and Dr. Domenic Iacovone, the brand has been the envy of the entire supplement industry. Formulating an onslaught of health based supplements targeted for serious sports athletes, the team has shown the world exactly how you target organ health and wellness. 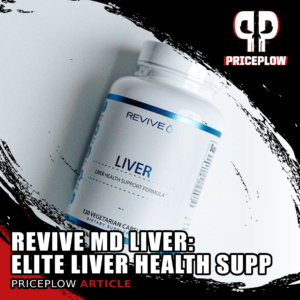 Revive MD Liver brings an elite liver supplement with high doses of NAC, Milk Thistle, and hard to find TUDCA, all in a lab tested supplement with two absorption amplifiers!

Unlike their other products such as Revive MD Lipid and Revive MD Brain+, this one doesn’t have too many ingredients — but it does pack them in higher doses than we’re used to seeing.

These three ingredients, along with two bioavailability/uptake boosters, are designed to help you maintain healthy liver function over time, sporting the following benefits:

Best of all, Revive MD’s sharing lab tests, which is especially important for this one, since one of the ingredients is hard to find.

The label and details are below, but make sure you sign up for PricePlow’s Revive MD news alerts first, we have some major news and more podcasts with them on the way:

In four capsules, you get the following well-dosed liver-supporting ingredients:

Revive MD states to take a full serving four capsules once daily, 20-30 minutes before a meal. Drink 8 ounces of water or more with it.

Now this is a beautiful thing to see on a product page!

One of the bigger concerns with TUDCA-based supplements are that they’re not always responsibly manufactured or dosed. As mentioned above, TUDCA is difficult to procure. However, Revive MD provides lab tests on their website, which you can see in the “PRODUCT LABSHEETS” areas on their product pages linked in our price widgets above and below! 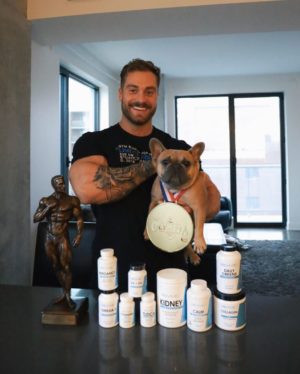 Even Mr. Olympia makes sure to stock up on Revive’s supplements!

We love these organ-specific and target-specific supplements from Revive, and clearly so does everyone else, because the entire sports nutrition industry has been copying this strategy. You’ll find other incredibly well-dosed ingredients in supplements such as Revive MD Lipid and the recently-covered Revive MD GI+ supplement (which can be further boosted with Revive’s Glutamine).

When it comes to liver health, we’re used to seeing milk thistle. Unfortunately, NAC has become a bit harder to find, but it’s incredibly beneficial. Meanwhile, TUDCA is almost nowhere to be found from major reputable brands who provide lab testing.

Revive MD takes care of all three of these, with massive doses of the first two, and then uses two high-dosed absorption boosters. Ultimately, when you’re concerned about liver health, you do not want to mess around with cheap, no-name brands that don’t dose well and don’t provide lab tests.

Revive MD sets the bar, and as expected, they surpassed it here. We expect no less from Dr. Dom and Matt Jansen, who are bringing the industry exactly what it needed.