The majority of sports supplement companies put a large emphasis on producing products to optimize your performance and recovery. They may have a few health-based products, but it’s never their main priority. This is why Matt Jansen, bodybuilder and elite physique coach, and Dr. Domenic Iacovone decided to partner up and start Revive MD, in a successful effort to close the gap between health and performance in this market. 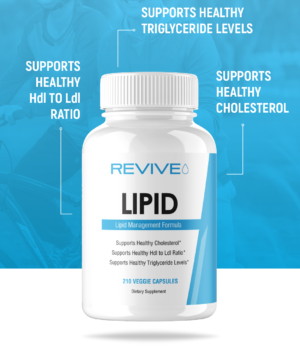 Anyone investigating their supplements quickly realizes that Revive MD stands out. They make incredible single-ingredient supplements like their ultra-pure Omega 3, but where they really stand out are on multi-ingredient efforts such as Glucose RX and Turmeric+.

When the brand hits something, they hit it hard. This time, Revive MD is focused on improving your cardiovascular health with the launch of Revive MD Lipid.

On top of Omega 3, Revive already has a few supplements geared towards heart and cardiovascular health, such as Blood Pressure RX and Bergamot. But Lipid is more of a comprehensive lipid management formula. It has several ingredients backed by research to support healthy cholesterol and triglyceride levels.

We cannot stress the importance of health enough, and that’s why we’re glad that companies like Revive MD are here to provide such high quality health-based supplements. In this post, we’re going to give you all the details on their newest addition, Revive MD Lipid. But before we do, make sure to sign up for PricePlow’s Revive MD news and deal alerts and check out our PRICEPLOW powered coupon! 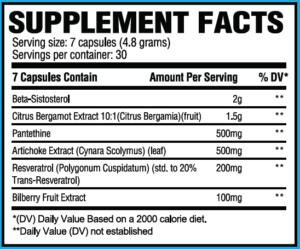 Revive MD Lipid is extremely well-dosed with multiple high quality ingredients, so don’t be surprised when you see that they recommend taking seven capsules per day. Like we said, when they hit something, they hit it hard.

So each bottle of Revive MD Lipid contains 210 veggie capsules, which means you’re getting a full 30-day supply!

A primer on cardiovascular risk: can we have our (low-fat high-carb) cake and eat it too?

Before we dive into the science behind this product’s formula, let’s first provide a little background information on cholesterol and triglycerides.

The long story short here is that we want to optimize lipid profiles for Revive MD’s athletes who often have aggressive (inflammatory) training styles and diets, so as to allow for “skeletal muscle inflammation” with as little cardiovascular inflammation as possible!

This is Revive MD to a tee

Revive MD sponsors some of the top bodybuilders, powerlifters, physique competitors, and athletes from all over the world. Fans rave about their products, and yet, you won’t find a single pre workout, amino acid formula, or protein powder on Revive MD’s website. So what makes them so special? They are one of the few supplement companies that create products specifically designed to optimize your hormones and internal organ health.

An incredible formula to help you manage your triglyceride and cholesterol levels!

Several top athletes count on using Revive’s products to keep them healthy when pushing their bodies to extreme levels (see our recent article with Chris Bumstead). While others may have medical conditions that require specific supplementation. Or maybe you just want to do anything you can to reduce your risk of developing various diseases. No matter who you are, Revive MD has something for you and as they expand their line, it just keeps getting better.

Whenever we cover one of Matt and Domenic’s products, they always over-impress us, and Revive MD Lipid is no different. Since there are not many companies out there strictly focused on health, we don’t get to cover the ingredients Revive MD uses very often. However, we always learn a lot about overall health and wellness in the process, including how supplements can fit into the picture. 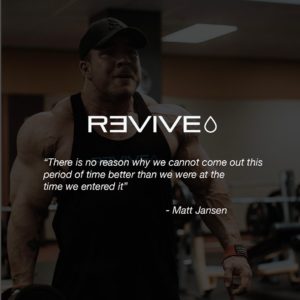 Owner of Revive MD, Matt Jansen, is on a mission to provide you with supplements that will take your training and health to the next level.

As we mentioned in the beginning, becoming healthier has to start with a sufficient nutrition and exercise regimen. But you also need to focus on managing stress, getting enough sleep, and staying hydrated. There’s plenty for you to worry about, so let Revive MD take some weight off your shoulders by handling the supplements for you. There’s a lot of low-quality products sold with outlandish marketing claims. And more often than not, you can’t even be sure what’s on the label is in the bottle.

PricePlow stands behind the quality, effectiveness, and purity of Revive MD’s supplements, and they are a brand we trust. Revive MD wants to ensure you that they do whatever it takes to create the highest quality product on the market, no matter what category they decide to take on. Revive MD Lipid is a great addition to their line, and we fully expect them to keep launching new innovative supplements in the near future. Revive MD continues to bridge the gap between health and performance, so make sure to subscribe down below to follow along with their journey and get access to exclusive news, reviews, interviews, and deals!