Most of us genuinely want to eat healthy, but it’s tough when convenient healthy foods are so few and far between. Fresh food can make a good snack if it’s taken care of, but there’s always the risk of spoilage, and waste, if you don’t get around to eating it in time – it’s understandable why most of us turn something with a little more shelf life, that we don’t have to worry about refrigerating. 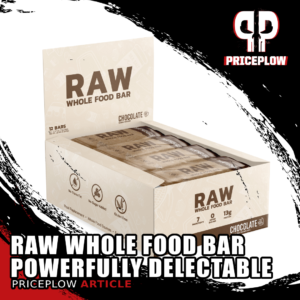 It feels wrong to enjoy a whole food bar this much — but don’t worry: it’s not (wrong). Only seven ingredients inside!

There’s a big market for “healthy” alternatives, but discerning consumers are liable to be disappointed upon surveying the options.

One snack bar might have a low sugar content, but be packed with anti-metabolic seed oils that have way too much omega-6 polyunsaturated fat. Another bar might have plenty of fiber, but not nearly enough protein.

The perfect snack bar is tough to find – and even harder to create.

But RAW Nutrition’s Whole Food Protein Bar is as close to perfect as we’ve ever seen.

After CBum’s Thavage Pre-Workout RTD, it was only a matter of time until Raw Nutrition got into functional foods on top of the ready-to-drink beverage. And this one’s a doozy.

We’re really excited to talk about this formula with you. But first, let’s check PricePlow news and updates:

In a single 1-bar (70 gram) serving, you get the following in just seven ingredients:

To say we’re excited about RAW Nutrition’s Whole Food Protein Bar would be an understatement. In our opinion, they’re simply the best nutrition bar we’ve seen in quite a while, if not ever.

This whole-foods approach to designing a protein bar is always the way to go. The closest thing we have to a “refined food” in this formula is egg whites, which, technically, have been separated from the yolk.

That’s saying quite a lot because nobody really has a problem with egg whites.

The PricePlow writing staff agrees, the nutritional credentials of this bar are impeccable, and on top of that, it tastes amazing. We’d slam these bars every day and not think twice about it.

RAW Nutrition has really hit a home run with this one. 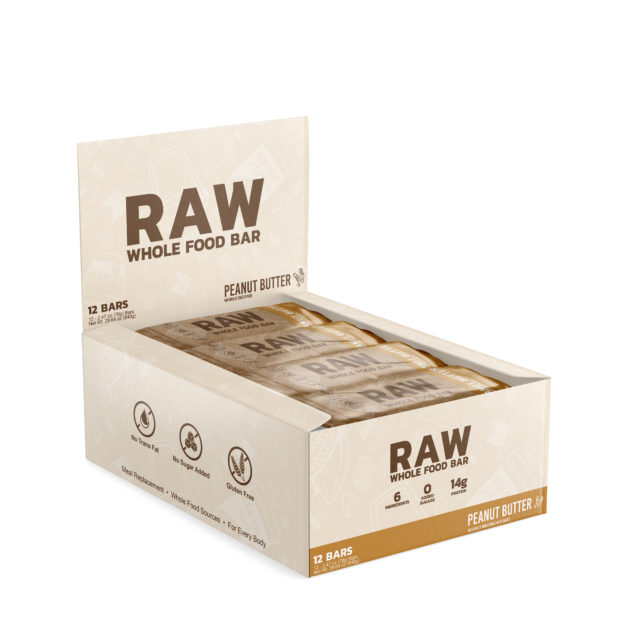