You know it’s about to get real when you receive the following text message regarding a new flavor that’s coming out:

“The flavor is killer. way better than I thought it would be. Michael killed this and decapitated the competition by far better than any root beer I’ve had.”

That’s what Dan Margolis, Vice President of NutraBio texted us regarding their upcoming limited edition ROOT BEER FLOAT flavor of 100% Whey Protein Isolate! That’s right, a flavor so unique and so good that heads are rolling!

Even better? NutraBio understands they have something truly special here –  eight-serving tubs were given away completely free at NutraBio’s BioCrew Bash BBQ on Sunday, August 11, 2019. They gifted those in attendance with this powder – they simply couldn’t wait to share it! 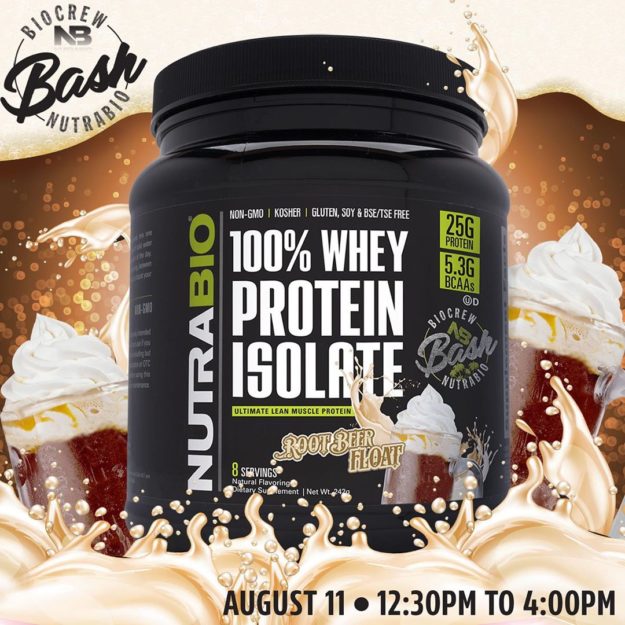 You read that right, it’s Root Beer Float flavored 100% Whey Protein Isolate, and it’s getting kicked off with free tubs!

In case you couldn’t be at the party, you can also check for availability online, but hurry, since it might not last forever:

This comes incredibly hot off of the heels of 100% Whey Protein Isolate’s Ice Cream Cookie Dream flavor, as the non-stop pace at NutraBio continues.

With their fully-transparent product profile and ethical branding going all the way back to 1996, CEO Mark Glazier and team have continued to find ways to surprise and stun.

We had the opportunity to get our hands on this before its full release – check out our review: 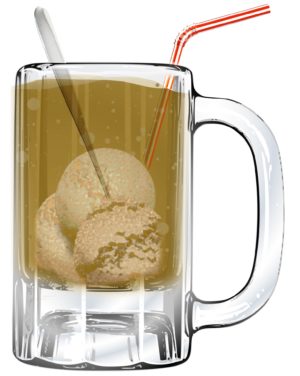 Can they do it in a protein?!

The big story of 2019 has been NutraBio’s insane flavoring efforts, right out of the gate with Strawberry Ice Cream 100% Whey Protein Isolate, but then the downright phenomenal Breakfast Series which included Pancakes & Syrup, Cinnamon Sugar Donut, and Blueberry Muffin. Then came a ton of other sports nutrition flavor systems like Dragon Fruit Candy, Strawberry Lemon Bomb, and Grape Berry Crush.

As if that wasn’t enough on the protein front, before the recent Ice Cream Cookie Dream Isolate flavor, they released Bourbon Banana Nut, which was so good it got bumped from limited edition status to a permanent flavor!

Taking on such a specific flavor like this, however, would be challenging. That being said, if anyone could do it, and do it right, we’d take Michael and his flavoring team at NutraBio over the field, any day. As we expected, this powder is true to its name – this Root Beer Float protein is so good, you’ll probably forget it’s a protein powder more than once!

All the Root Beer Float flavor, but with barely any sugar?! NutraBio does it again!

Here’s the nutrition packed into each scoop of Root Beer Float, with macros right in line with other flavors of 100% Whey Protein Isolate:

Sometimes cocoa flavors add an extra carb, but that isn’t necessary here, as the flavoring gurus at NutraBio are able to pull this flavor off with only natural and artificial flavoring!

As always, NutraBio hits us with a fully-open-source label, right down to the sucralose and ace-k content. Normally we see about 80mg sucralose in these products, but who knows with something as wild as root beer!

All of the variations 100% Whey Protein Isolate has to offer

If you’re interested in more than just Root Beer Float, NutraBio has you covered and then some! Here’s what else is available, along with coupons through PricePlow: 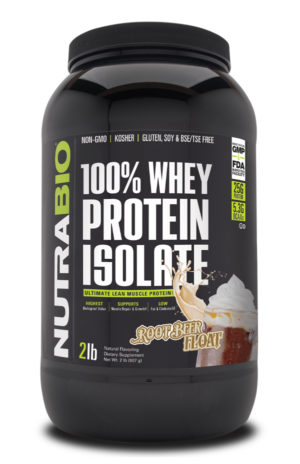 The BioCrew Bash had enough hype behind it, but this ups the ante even more! Mark Glazier and Team NutraBio are soaring to new limits in 2019, and it’s been tough to keep up!

NutraBio doesn’t seem to be slowing down, and at this rate, we’d bet on seeing even more impactful releases in the near future. Regardless of what may be coming soon, we’re excited nonetheless.

Don’t forget to sign up for PricePlow’s NutraBio’s news alerts.  If the past few months have been any indication, you won’t want to miss out on whatever else they have coming out!