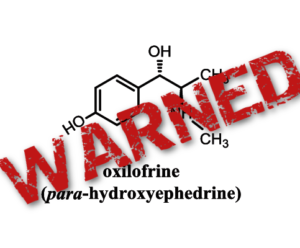 The next round of FDA Warning letters are out! But the biggest players weren’t warned, most were in Texas, and one notable company isn’t reformulating.

On March 31, 2016, the FDA issued seven warning letters to supplement companies regarding methylsynephrine: since it does not meet the definition of a dietary supplement, it cannot be sold as one.[1]

Methyl-synephrine is also known as oxilofrine, p-hydroxyephedrine, and 1-Hydroxypholedrine. It’s a known banned substance in most sports due to its performance-enhancing properties.

The FDA states that it does not fit under the definition of a vitamin; mineral; herb or other botanical; amino acid; dietary substance for use by man to supplement the diet by increasing the total dietary intake; or a concentrate, metabolite, constituent, extract, or combination of the preceding substances, per the 1994 DSHEA Act’s requirement.[2]

Who received the warning letters?

Of note, Marc Lobliner’s MTS Nutrition escaped without a warning letter, despite versions of their popular Drop Factor fat burner containing the ingredient.

Interestingly, one of these products, Line One Nutrition’s Fat Burning Lean Pills, contains additional ingredients that the FDA dislikes and is battling Hi-Tech Pharmaceuticals over in court this year. It receives extra attention in Line One’s letter.

Similarly, NutraClipse’s Thermo Bombs also contain DMBA, also known as AMP Citrate, another ingredient that the FDA has warned against – and nobody’s fighting those warning letters as its basis in nature is extremely weak, at best (it’s only seen as a vapor from pouchong tea).

The inclusion of those ingredients may have accelerated the cases against those two products.

Based upon Another Pieter Cohen Study?

The FDA’s investigation once again is aligned with the release of a Pieter Cohen study, published in Drug Testing and Analysis.[10]

Cohen has gone on the record stating that,

If a bottle contained a trace amount of oxilofrine, then the oxilofrine would be unlikely to pose a serious health risk.

However, if supplements contained prescription-doses of oxilofrine, then I would be extremely worried about the health effects. We would worry that high doses of oxilofrine would over-stimulate the heart, increase blood pressure and possibly lead to much more serious health problems.[11]

In his study, Cohen lists all products with the ingredient, and the doses found, so you can look at the study to see what products have it.

Very interesting that many of the products that state they have the ingredient had none detected! 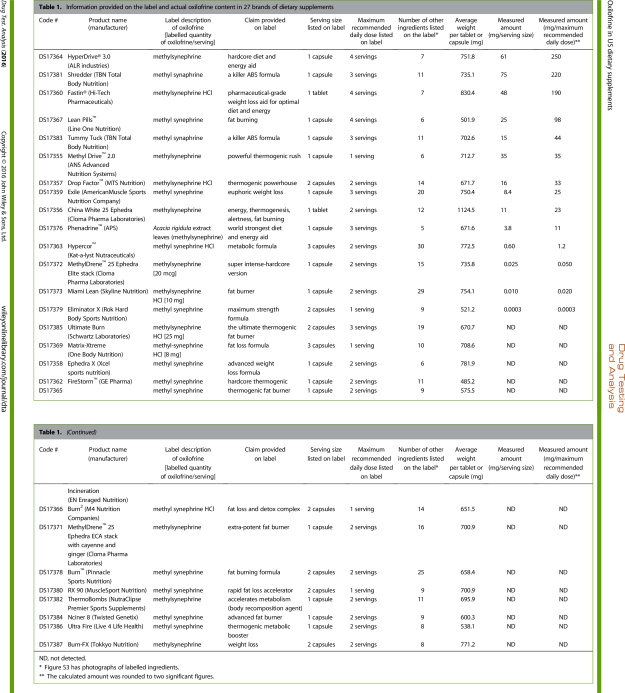 The amounts of methylsynephrine found in the supplements stating it on the label. Honest truth here? We’re more upset about those who said it is on the label yet didn’t have any, than those who put it in there.[10] Note: Click on the image to zoom in. With this image, you may need to right-click on it and select “Save Link as” to save the big one.

Industry Comments: Hi-Tech is NOT Reformulating

We reached out to a few companies for public comment. There are two different approaches.

Drop Factor has already been reformulated to avoid any issues and the new version is out within a couple weeks!

We’ll be on top of that new formula when we are allowed to publish it.

On the other hand, Jared Wheat of Hi-Tech Pharmaceuticals stated that the Hi-Tech Family is not reformulating away from methylsynephrine. They claim that they have already received the FDA’s blessing on one of their methylsynephrine-containing products (likely Fastin) after ephedrine was banned and they were looking for approval on a legal replacement. Per Wheat, they’ve been legally selling it for 13 years and aren’t stopping now.

While one study goes so far to say that “Methyl-synephrine is purported to occur in nature, does not occur in bitter orange extract, and is of synthetic origin in this product and other products that have been marketed,”[12] that doesn’t preclude it from being in other plants. Bitter orange is simply the most common place to find regular synephrine. 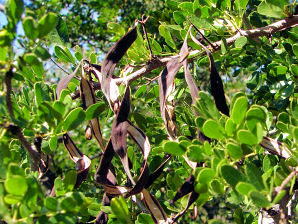 This Southern Texan plant, Acacia Rigidula, contains some incredible fat burning and mood-enhancing compounds. We wouldn’t at all be surprised if methylsynephrine was one of them, given that it has nearly everything else.

For instance, molecules extremely similar (if not the same) as methylsynephrine have been found in nature. One study showed that R-(-)-β-O-methylsynephrine is naturally-occurring,[13] and that drags us into the argument about the specific wording of DSHEA, which one could argue is unconstitutionally vague in such cases.

We also wonder if someone looked hard enough, would we find methylsynephrine in acacia rigidula? After all, everything else seems to be found in that plant.

On the flip side, other large organizations, such as Steve Mister of the Council for Responsible Nutrition (CRN), have stated that including the ingredient is “blatant illegal activity”.[14]

We’re not sure how far this battle will go (if anywhere at all), but we’re almost certain that Hi-Tech Pharma would fight any warning letter they received. This will almost definitely leave the ingredient in a gray area, and smaller supplement companies who use it will have some tough decisions to make moving forward.

In our opinions, the bigger crime here are those who potentially lied about having it in their products, yet none was found. We can argue the legality of the ingredient itself all the way to the Supreme Court — but there’s no arguing the illegality of not including something that you say you’re including.

First, the Hi-Tech Family products that we know will not be reformulated:

So if you’re a fan of this ingredient, you can be confident that it’ll still be around for quite some time.

And then the rest of them, which may or may not be reformulating: 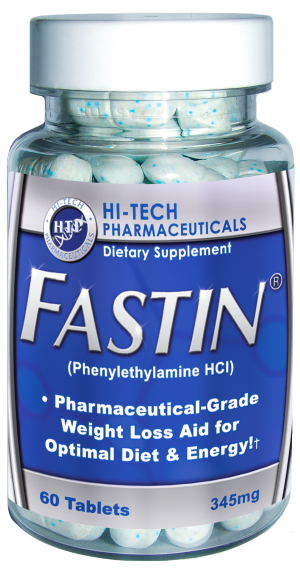 The rest on the list had ND, meaning Not Detected.

Not listed is Gold Star Infrared, which we’ve recently written about too, due to its inclusion of Kigella-based stimulant, DMHA.

What’s with the FDA’s Selective Action?

There’s always something interesting happening when you see this logo on this site. Why all the Texas companies this time around??

There are quite a few products named in the Cohen study that contain this ingredient, yet several of these companies were not warned.

We’re not sure why the FDA was so selective about it — and Hi-Tech wasn’t the only company left off that list. Our guess is that this has been a “top-up” investigation that didn’t make it all the way to the upper echelons of the FDA.

For instance, note that four of the seven warning letters sent were to Texas-based companies, and another in nearby Arkansas. Not a single one of them was from west of Texas, so perhaps this was based upon a regional FDA employee’s work.

NutraIngredients may have the quote that answers that question:

Commenting on this discrepancy, Marianna Naum, PhD, strategic communications and public engagement staff in the Office of Foods and Veterinary Medicine at the FDA, told us: “FDA’s action provides regulated industry with a clear message regarding the status of methyl synephrine: no firm can now remain under the illusion that methyl synephrine is a dietary ingredient. Preparing a Warning Letter takes time and resources, and products frequently come on and off the market, so the agency works hard to strike the right balance. If FDA waited to act until we were certain we had addressed every marketed product, we wouldn’t ever be able to issue these warning letters.”[15]

Most of the companies who received letters are extremely small and their products aren’t even found on the most major retailer websites. So perhaps the FDA is starting small and working their way up.

The above article cited is titled Sen McCaskill: “We shouldn’t be relying on Cohen et al to ensure industry is acting responsibly”. Senator McCaskill is pushing for stronger enforcement for the FDA and not needing reactively rely upon third parties in order to take action.

What next? Who knows.

Given the “selectivity” of the FDA here, our guess is that this started with a regional agent, and we aren’t sure if they will pursue things further.

The FDA’s enforcement behavior has been sporadic at best, always leaving us with more questions than answers. There are at least a few politicians pushing hard for more enforcement, so we may be seeing changes around here.

But we also write that every six months and nothing ever seems to happen, so it’ll probably be business as usual, at least until after this election cycle.