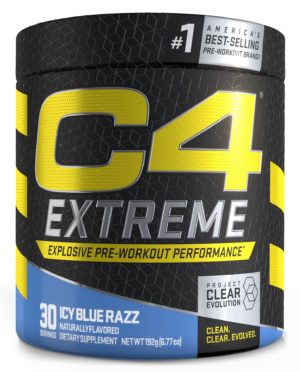 After weeks of teasing Project Clear Evolution, Cellucor has unveiled what they’ve been working on over the past few years:

It’s the next major revision of the highly-heralded Cellucor C4 pre workout line, and they’re throwing it back to the original name of C4 Extreme!

We had a chance to beta test a packet below, while also sharing their microsite where you can get more information at ProjectClearEvolution.com:

The product specs and images are all below, with a detailed analysis to come, but first, sign up for our C4 Extreme updates so that you get notified when we have new information and flavor reviews to come… and hopefully a giveaway: 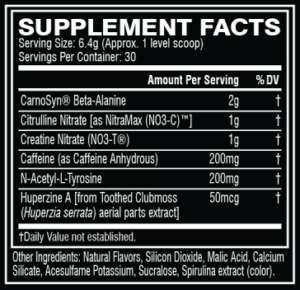 Let’s start with the big news that we have a new open formula ingredient label! Our C4 Extreme Ingredient analysis is below, but here’s a quick shot of what’s inside.

This brings C4 Extreme in line with the 200mg caffeine from C4 on the Go Carbonated Drink Cans, and users should no longer need to two-scoop C4. But more exciting are the pumps users who are new to nitrates will get, as discussed in the original beta review video shown above!

Cellucor’s image below says it all: 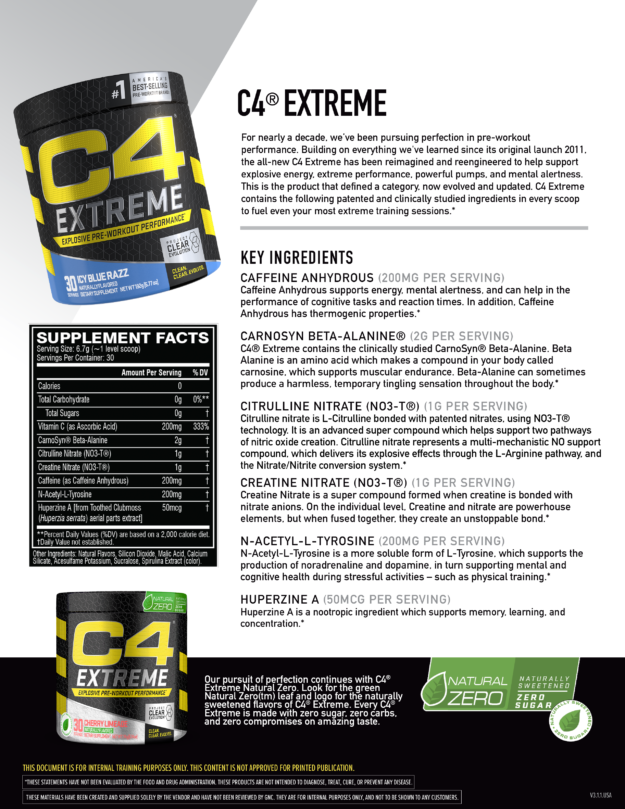 But you can also learn a ton from Mike’s interview with the Team at Cellucor’s HQ:

Natural Colors… and a Natural Sweetener Option too!

So as you can see, there will be Natural Colors (Icy Blue Razz will get its blue from spirulina) but there’s also a Naturally sweetened version as well, named C4 Extreme Natural Zero!

We always expect Cellucor to have top-notch flavoring, so we’ll be holding them to the highest of standards, as always!

If you’re familiar with past versions of C4, you’ve probably seen the proprietary blend of ingredients in former products. Not anymore!!

Give this bad boy a slightly heaping scoop and wait til this double nitrate pump combo kicks in!

Consumers nowadays love to know exactly what they’re getting and putting into their bodies, and we agree. The industry has long been shifting away from these blends, with open labels becoming more and more common. In C4 Extreme, Cellucor joins the party, giving us a brand new, completely open formula! Given how popular and effective their products have been in the past, we’re incredibly happy to see this level of transparency in their newest release.

Let’s get into what each 6.4g scoop of C4 Extreme delivers, and here’s a hint: double nitrates!

Long story short? One heaping scoop and you’re going to get energy and pumps well beyond the previous C4 generations!

As always, sign up for PricePlow’s Cellucor news alerts and check out the full labels below!