WARNING: The results from this study are under question by Alan Aragon and Brad Schoenfeld. You can read their critique here. 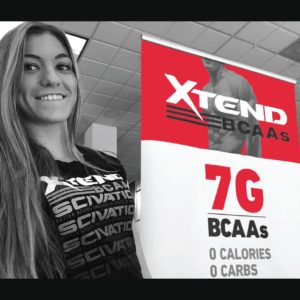 BCAA supplements are some of the most popular products used in the bodybuilding and fitness arena. They’re extremely beneficial during times of caloric restriction as a means of preserving lean muscle mass while losing fat or while working out in a fasted state to prevent catabolism.

That’s not all though, BCAAs are also important for stimulating muscle protein synthesis and speeding recovery following intense workouts.[1,2]

However, there’s been great debate among the various “broscientists” out there claiming that BCAAs simply aren’t that beneficial, provided you are meeting sufficient daily macronutrient intake in your diet. They claim that if you eat enough protein, BCAAs confer no benefits.

Well, a new study looking at BCAA supplementation in conjunction with a calorie restricted diet sheds new light on the hotly debated topic, published by Wesley David Dudgeon, Elizabeth Page Kelley, and Timothy Paul Scheett in the Journal of the International Society of Sports Nutrition.

But as we’ll see, there’s quite a few questions that have surfaced with this one.

Seventeen resistance trained men between the ages of 21 and 28 volunteered to participate in the study. They were placed on an aggressive calorie restricted diet aimed at cutting body fat for a period of 8 weeks.[3] 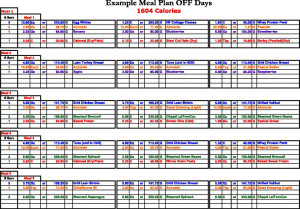 Here is an example of the daily diet of the test subjects who self-reported their eating during the 8 week trial.[3]

The group rotated between two different macro profiles during the course of the trial:

On non-training days, they ate

The two groups followed the same macro split but had varying caloric intakes depending on their height and weight.[3]

Test subjects performed a bodybuilding split style resistance-training program 4 days per week during the course of the 8 week trial. Each male kept a training journal and returned at the 4 and 8 week mark to have the journals analyzed.

Update: These results have been called into question by Alan Aragon and Brad Schoenfeld, and it seems like they have found some legitimate errors.

Following the conclusion of the 8 week trial, all seventeen subjects reported back to the clinic for final measurements. Those in the BCAA group did not lose any body mass, but the carbohydrate group lost a significant amount (−2.3 ± 0.7 kg; p < .05). However, researchers claim that those numbers don’t tell the entire story.

It turns out that the body mass lost by the carb group was lean mass. The BCAA group maintained all of their lean mass during the aggressive 8 week cut, while the carbohydrate group lost lean mass (−0.90 ± 0.06 kg; p < .05) and body mass!

Then came the questions…

The issues found by Aragon and Schoenfeld, however, state that when it comes to body fat, The Xtend group lost virtually no fat at all (0.05kg), while the carbohydrate group lost 1.4kg!

The two famed researchers found several other issues, all linked in their critique here.

The one victory for the carbohydrate group was that they did increase their muscular endurance by increasing the number of repetitions to fatigue. 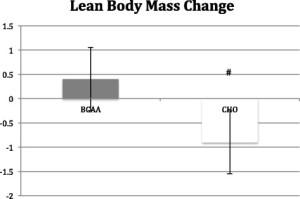 The BCAA group saw no loss in lean mass while the carbohydrate group did lose lean muscle mass.[3]

Following the release of the study and the great amount of buzz it generated around the various bodybuilding forums, we asked Scivation to see if they had any comment on the study. They responded with the following:

The results from an independent university-based study showed that supplementation of Scivation’s Xtend in experienced weight trained athletes performing resistance training while on a caloric-restricted diet allowed the subjects to maintain their pre-diet muscle mass and preserve skeletal muscle performance while simultaneously losing fat mass. 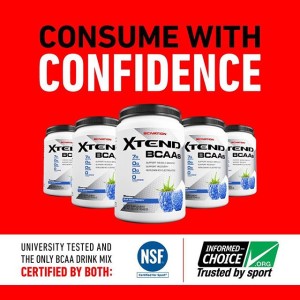 There are many pretenders in the BCAA market, but only one can you trust to deliver real results!

Performance wise, subjects using Xtend had a 3X greater increase in their lower body muscular performance (i.e. back squat) over the placebo subjects. In addition, the Xtend group significantly increased bench press strength by over 15 pounds while the placebo group lost over 8 pounds of muscular strength. 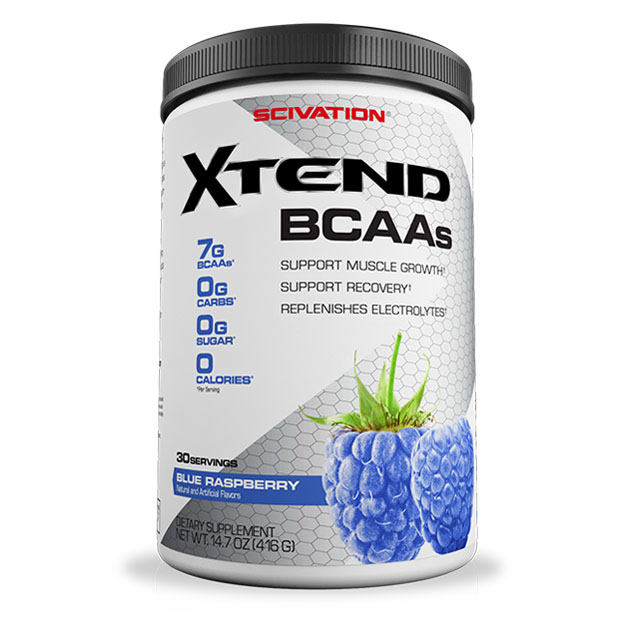 Click the image to compare prices on Scivation Xtend with PricePlow!

Well that got kinda weird, given Aragon’s critique.

For those of us that habitually use BCAAs, this would initially seem to further support the notion that BCAAs certainly do have a place in one’s supplement arsenal, but with Aragon’s questions, it seems to be yet another swing-and-miss for the BCAA crew. They may be great for for preserving lean mass and even improving endurance, but we’re sticking with our full-spectrum EAA blends and protein powder more lately.

The biggest takeaway here is that the carb group lost muscle, while the Xtend group gained muscle, while losing fat… but you need to look at the total protein intakes to completely understand why!

It is worth noting that Scivation funded the study, but researchers maintained that had no bearing whatsoever on the publication of these findings or the results of the study. Okay.

Give credit where credit’s due: Scivation are the BCAA pioneers

Scivation has always been the leader in this niche, and has some of the best-tasting BCAA supplements on the market — credit must be given to them for being the first company to make BCAAs taste good and for spreading these beneficial products throughout the industry!

But once again, we find ourselves with another BCAA study that might be good for some people… but has some questionable data and interpretations inside.

You can read more on our Scivation Xtend page, see our BCAA powder page, or compare prices and get deal alerts below: