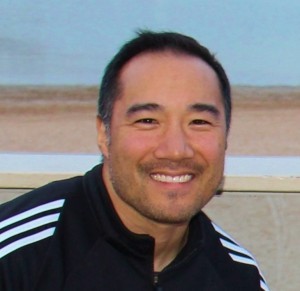 Noted nutrition gurus Alan Aragon and Brad Schoenfeld have written to the JISSN disputing findings in the recent BCAA study funded (but not written or run) by Scivation. Image courtesy AlanAragon.com

Regular readers of the blog may remember us covering a new BCAA weight loss study written by Wesley David Dudgeon, Elizabeth Page Kelley, and Timothy Paul Scheett and published in the Journal of the International Society of Sports Nutrition. At publication, the team of researchers had concluded that at the end of the 8 week trial, the group supplementing with BCAAs did not lose any lean body mass while the carbohydrate group lost a significant amount.

This certainly seemed like a decisive victory for the pro-BCAA crowd out there as a means to preserve muscle mass while on an aggressive cut.

However, everything isn’t as cut and dry as it seems.

After closer inspection, and much debate among the masses, minor rumblings started to surface in response to study’s results. Noted nutritionist and coach Alan Aragon has been one of the more prominent stars of the fitness world to speak out against the study.

He had initially voiced several concerns about the veracity of the results reported from the study’s authors saying there was a “major reporting error that casts doubt on the entire thing.”[1]

Originally discussed in a different Bodybuilding.com forum thread about his own new study, Aragon kicked off the discussion, claiming,

On the note of the Xtend study — there’s a major reporting error that casts doubt on the entire thing.

Quoting the text: “While there was a significant decrease in lean mass in the CHO group, there was not a loss of fat mass, though the trend (p < 0.1) was strong. […] The BCAA group showed no change in body mass, due to the maintenance of lean mass in the presence of a significant loss of fat mass.” <— U FOCKING WOT M8? The CHO group had both a greater proportional decrease in fat mass (-1.4% vs -0.5% in the Xtend group) and also a greater net decrease in fat mass (-1.4 kg vs -0.05 kg in the Xtend group).

This started a storm of discussion about the study and how it passed peer-review, and has ultimately led to a letter officially submitted to the journal.

Since first publishing this post, Aragon and Schoenfeld have published their criticism of this study:

Errors in the Study

Aragon has pointed out a few glaring errors of the BCAA study[2]:

We’ve reached out to the authors of the original study for comment on the discrepancies found in the results and reporting of the results, and so far this is all we have:

Thank you for the inquiry. My colleagues and I were just notified yesterday by JISSN that someone has submitted comments related to our article. We are going to address those questions via the review process set forth by JISSN. Once the comments, and our response, have been peer-reviewed and published I would be happy to answer any further questions you may have.

Here’s what’s funny – everyone on the Internet and in the forums found out about this before the authors themselves claimed they did! But that’s how it goes anymore on the net when the readers are oftentimes more interested in the subject matter than the researchers themselves. 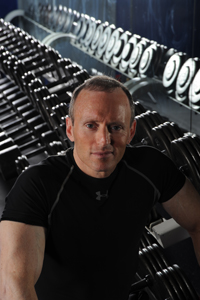 Brad Schoenfeld, Ph. D and C.S.C.S., co-wrote the response to the recent BCAA study disputing the findings reported by the original authors of the study.

Keep in mind, these were only small discussions that were taking place across the various bodybuilding forums on the internet. However, Aragon and Brad Schoenfeld are both members on the peer review panel of the JISSN, the same publication that published the new BCAA study. Yet, neither Aragon or Schoenfeld were in the group that reviewed this particular study.

Schoenfeld, Aragon, and Brad Dieter (Ph. D. and author of the blog Science Driven Nutrition) have submitted a letter to the JISSN describing the various errors contained in the study and in the reporting of the results. Well, the JISSN finally responded to the group of collaborators and Schoenfeld took to his Facebook page to announce the following:

”As many of you know, a study was recently published in JISSN claiming that BCAA use enhanced lean mass retention and body fat loss during a combined caloric deficit with resistance training. However, the study appears to have a number of issues and inconsistencies that call into question the veracity of findings. After a lengthy discussion a couple of weeks back on Facebook, I along with my colleagues Brad Dieter and Alan Aragon decided to write a letter to the editor at JISSN detailing the issues with the paper. Happy to report that the letter has been accepted and will be published shortly in the journal. We look forward to hopefully hearing the response from the authors to gain clarity on the topic. The beauty of science is that it is self-correcting.”[5]

Retraction is not necessary or the goal

As Aragon himself agrees, actual retractions are indeed “very very rare”.[4] He’s goes on to state that he’s not gunning for a retraction, he just believes that “the issues with this study just happen to be profound enough to warrant some formal/public discussion.”

If I was on the peer review panel of this study, it would have never gotten published in the present state. I’m not claiming to be certain of any foul play, but I am saying that errors like this making it to publication is lamentable.

Scivation also has no comment, although it’s important to note that they simply funded the study and did not perform nor write it. It’s the authors of the study who we really need to get a rebuttal from.

The points brought up by Aragon & Co. do raise significant concerns over the truthfulness and usefulness of the study. Does this mean the entire study or all sponsored clinical trials with supplements are bogus? Not quite. It merely gives food for thought and should teach all of us to take these studies with a grain of salt and take it for what it is, an isolated study.

Studies brave the way for new research and the development of new products with some interesting science behind them. They’re not to be taken as gospel, as nutrition, supplementation, and the human body are an ever evolving science. The latest breakthrough in research is just more food for fodder.

Now that the rebuttal letter has been accepted by the JISSN, we just have to wait and see if/when the authors of the original BCAA study have any response. Make sure to keep any eye out for the latest development with this story and everything else in the world of supplements at PricePlow!