Note: This article has been updated in 2021 with new research since it was first published. 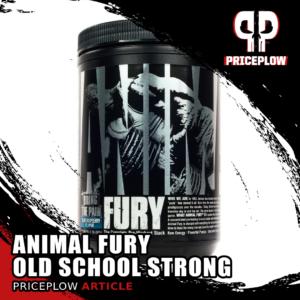 Animal Fury is bringing simplicity back to pre workouts, but don’t mistake simple for lame. This pre workout hits all the right notes!

Every consumer has an opinion about what makes for a perfect pre workout supplement. Some want nothing other than a cup of coffee, others want a pre workout with 20+ clinically-dosed ingredients. There’s nothing wrong with complex formulas, but there’s something to be said for simple, streamlined formulas that deliver everything you need immediately preceding your workout.

Animal Fury is simplicity defined, and still brings all the pumps, energy, and focus heading into your workout. This is well in line with the “old school mentality” that we love seeing out of Team Animal, one of the longest-lived and most trusted supplement brands alive.

So get ready to feast your eyes on perfection of a different sort of pre workout — done the Animal way.

We’ve got the rundown just ahead, but first, take a moment to check the best deal and sign up for alerts from PricePlow:

As we mentioned above, the Animal Fury formula is straight and to the point. There aren’t 20+ ingredients to dig through, just an easy-to-understand list of proven ergogenics to power you through workouts day in and day out.

A bit more on the formula…

One thing we saw across the various forums when Fury hit the wire was the amount of kickback it got from some of the public for it’s overly “simplistic, boring” profile. Apparently, some of you out there were hoping for some type of over the top 20+ ingredient profile formula from the guys at Animal.

So, we contacted the bigwigs at Animal HQ to get some insight into the reasoning behind the newest Animal pre workout:

“Animal Fury was formulated based on consumer and retailer feedback that people want a simple formula with proven ingredients in efficacious dosages and a transparent label. This is not replacing Animal Rage XL, which is a concentrate with 17 ingredients as opposed to Fury which has 5. We did an extensive Alpha Testing program where we sent the product out to a lot of athletes and consumers to use and give us their feedback. We didn’t rush this to market, we had to make sure that it worked in the real world and tasted great. It’s an effective product without any shady ingredients from a company that people can trust. We don’t play any games, what is on the label is true and accurate.”

Coming back to that quote five years later… it was right, and the product is standing the test of time. 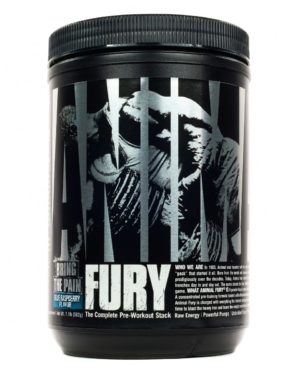 Find a better branded tub. You won’t be able to do it.

Animal Fury originally launched in two flavors on Bodybuilding.com in the US and to everyone else internationally, but has expanded well beyond that now.

You can see a dynamic, up-to-date list of flavors below:

Are you an animal? Because this is the “Animal” way of pre workout

Fury’s formula is simple, potent, and no nonsense. Sometimes “less is more” and a lot can be said of that in today’s age of increasingly more complicated pre workout formulas. In its truest sense, a pre workout should give you what you need going into a workout, not your daily doses of saturation-based ergogenics like creatine, betaine, etc. Fury is exactly that, it supplies what you need, when you need it.

This pre workout makes total sense for the Animals out there, who know what they want and what they need. What’s interesting is that since it’s come out, more research has been published confirming what Animal already knew. It works perfectly for their demographic.