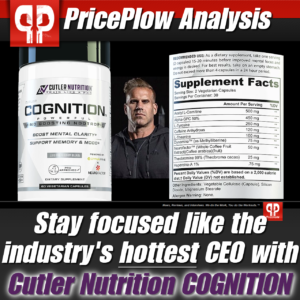 Cutler Nutrition’s Cognition is out, and we’ve got the details below!

Last month, in the article linked above, we wrote about Jay Cutler’s renaissance as a CEO, and how he’s been doing everything right now that he’s completely taken over Cutler Nutrition.

The 4x Mr. Olympia already has the Legend / Amplify pre workout stack situated, but now that he’s the hottest CEO in the business, he also needs a pre-work stack. So as you may have guessed, we’re talking about a nootropic supplement named Cognition!

Our Cutler Nutrition Cognition ingredient analysis is coming, but for now, take a look at the offers they’re running:

A brief explanation is coming. For now, feast your eyes on this perfect “small coffee topper” that comes in two capsules: 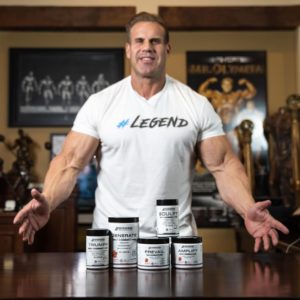 Jay Cutler’s doing things right with his supplements. Cutler Nutrition is back and firing on all cylinders!

Jay Cutler earned his legendary status within the world of bodybuilding years ago, but that wasn’t enough for him – he’s now set his sights on conquering the supplement industry! Cognition provides the type of brain-enhancing punch you need to absolutely zone in and get things done, no matter the task at hand!

Once again, we’re thrilled with Jay’s take on smart supplementation, and if you want to read more about that, check out our article titled The Resurgence of Cutler Nutrition: NEVER Sleep on Jay Cutler.

With nootropics being all the rage these days, we’ve seen quite a few incredible formulas. That being said, we’ve been waiting on one that can claim “legendary” status…leave it to Jay and the team at Cutler Nutrition to be the ones to finally deliver it!