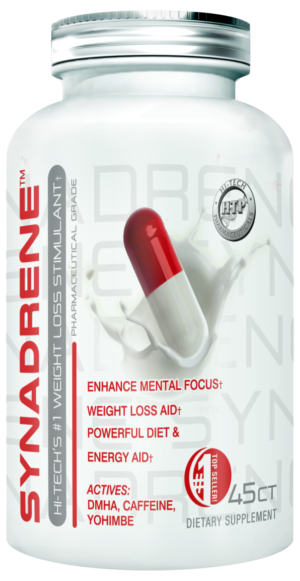 Hi-Tech has revamped their Synedrex clone Synadrene to now include DMHA and Walnut Bark Extract!

Over the past several months, we’ve received countless requests about where to locate one of the most popular fat burners of all-time: The original SYNEDREX by Metabolic Nutrition.

People have hunted high and low for the well-known and effective thermogenic, but kept coming up empty since it’s long been bought up.

Apparently we weren’t the only ones getting asked – because it’s about to be “re-released” as a product from your favorite brand who fights for your right to use legal ingredients:

Hi-Tech Pharmaceuticals has re-engineered the one-time best seller into something even more powerful and better than ever, and as you can see, has a bottle and name to match!

Synadrene embodies everything that made Synedrex great but has been slightly modified to take advantage of the latest and greatest in terms of fat burning ingredients.

Hi-Tech has updated the formula to include the 2-aminoisoheptane (DMHA) and Walnut Bark Extract. This leads us to believe that there is now 2-amino-5-methylheptane inside, the “stronger” form of DMHA!

We’ve got the updated 2018 breakdown below, but first, take a moment to check the best deal and sign up for alerts from PricePlow:

Taking a look at the latest Synedrex label and the new Synadrene label, you can see that it’s a “best of both worlds” hybrid between the original Synedrex and the second Synedrex (which used the illegal AMP Citrate):

The Synedrex vs. Synadrene ingredients comparison: 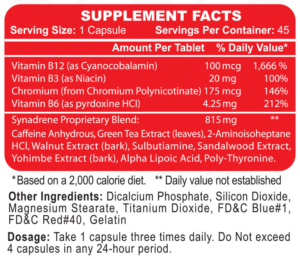 Notice how close the new Synadrene (above) is to the Synedrex label pictured to the right? It’s got all the same things that made Synedrex great! 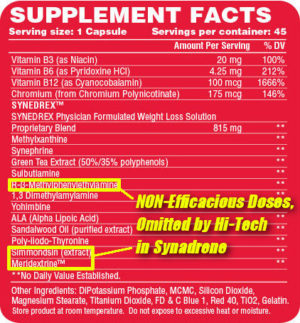 It turns out that this original version had non-efficacious doses of BMPEA and the bottom two ingredients, so Hi-Tech ommitted them.

This is the second Synedrex label, which used the short-lived AMP.

Hi-Tech stated that they had bottles of both Synedrex formulas tested, and realized that there were not an efficacious doses of BMPEA or the two bottom ingredients — so they omitted them (quite like Metabolic Nutrition did in their second version), but get to use stimulants similar to those in the original formula, which is why this is the best of both worlds.

This is the glory of having all the HPLC equipment and expertise right in house!

Now let’s get to the nitty gritty and see what all these unique ingredients are all about:

So if you were a fan of Synedrex, fear not – it’s coming back, just from a different (and highly-trusted) brand and with a different name. This is what you need to try next.

Take 1 capsule up to 3 times daily – but we’re finding that one capsule in the morning and one capsule after lunch does just fine. Do not exceed 4 capsules in any 24 hour period.

Typically that first capsule is best taken on an empty stomach 15-30 minutes before breakfast, so you can let the appetite suppressants kick in and keep your eating under control!

KraseyFitBeauty has used both formulas of Synedrex, so we hooked her up with some Synadrene to see how it compared. Here’s what she had to say:

Overall, combined with Mike’s review, this is easily turning into one of the Best Fat Burners out right now, and we’ll need to update our Top 10 list with this one included, without a doubt. 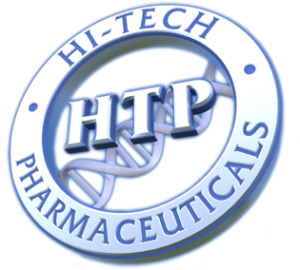 When you’re looking for quality fat burners, there’s no one else but Hi-Tech to look to for all your needs.

Man, we just love the fight that is inside Hi-Tech Pharma, and products like Synadrene are exactly why.

That’s not going to stop Hi-Tech, not even a little. The DMHA-revamped Synadrene is still incredibly potent and will trim fat, suppress appetite, and vastly improve your cognition and mood. There’s no need to keep scrounging around for Synedrex, when the next evolution of the mighty thermogenic has arrived. 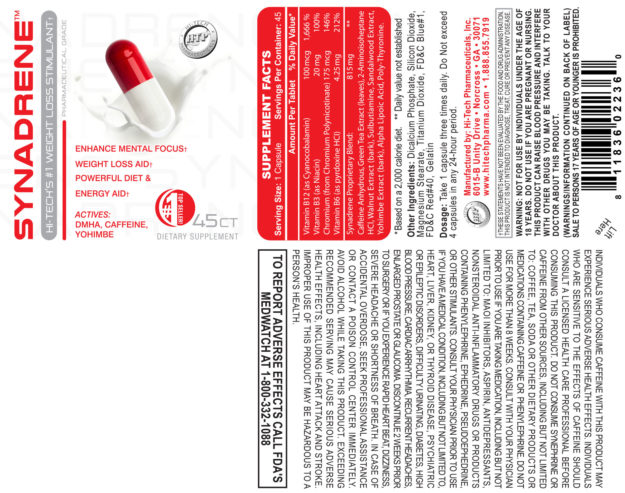