Outbreak Nutrition – the alternative-reality themed brand of the 2044 nuclear winter – doesn’t do things by the book. When it comes to muscle building supplements, they’ve skipped the whole “creatine + betaine + carnitine” stack for muscle growth and recovery (for the time being, at least), going right to the advanced next-generation muscle builders.

Meet the Muscle-Builder of the Next Generation: Outbreak Nutrition’ Build

Once Outbreak’s foretold zombie apocalypse comes, you’ll definitely want as much muscle your body can pack in order to fight off the undead! Luckily, they’re here to offer some new tools to help us get ready. With their all-natural body recomposition product, Build, they’re packing some serious ingredients to help naturally promote anabolism and pack on more muscle!

It doesn’t do all the work for you, but combined with solid programming and nutrition, you can bet that Build will help unlock the door leading to more gains.

The brand has been on an absolute tear in 2018. Just to name a few, they’ve hit us with Adapt (a glucose disposal agent), F.P.S (focus & performance nootropic targeting gamers), and Reclaim (hard-hitting fat burner), all of which have been monstrous. Continuing with that trend, Outbreak Build is formulated for one purpose: putting on muscle. Some of the potential areas it covers include:

Best of all? It’s completely natural, and nothing in the formula has any documented health risks.

Based on what we’ve come to expect from Outbreak Nutrition, we’re incredibly excited for Build. That being said, just how potent are the ingredients in its formula, and will it help you pack on lean gains? Read on to dive into the ingredients, but before you start learning about how you’ll bulk up for ensuing zombie hordes, take a look at PricePlow’s price comparisons and sign up for Outbreak Nutrition news updates: 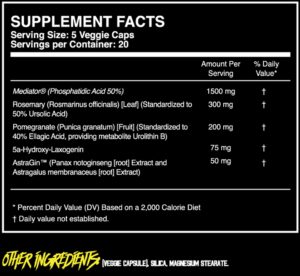 Outbreak recommends taking Build one hour before your workout, with water. In each 5-capsule serving, you’re going to be getting a hefty anabolic boost – just what you need in your quest to get bigger and stronger! Here’s exactly what you’re getting in each dose: 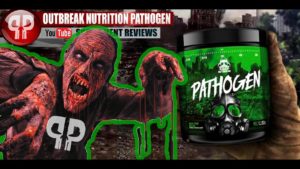 If you think this formula’s impressive, wait until you see the Outbreak Nutrition Pathogen pre workout!

This is the perfect supplement to add to your already using two of the most studied, and proven, supplement ingredients: creatine monohydrate and betaine. Combining these two ingredients with everything in this formula will augment any anabolic effects.

Meanwhile, anyone looking to train hard who’s good with some aggressive stimulants should look into the Outbreak Pathogen pre workout. Those who want to better-utilize their carbs are wise to take them with Adapt, and speaking of carbs the Antidote EAA/BCAA supplement has some for performance as well!

In the San Bernadino phosphatidic acid study discussed above, the subjects received a supplement called that also contained L-leucine, Beta-Hydroxy-Beta-Methylbutyrate (HMB), and Vitamin D3 in a proprietary blend.[12] Everyone should take extra Vitamin D! L-leucine has long been known as the most anabolic of the essential amino acids (found in Antidote linked above), and HMB is well-known for its anti-catabolic properties, but at that point things are starting to get expensive and high doses of leucine-rich foods (eat more dead animals!) should do the job just fine.

For those of you who do choose to use the “harsher stuff”, laxogenin is anecdotally said to work synergistically with some of it[23]…but we can’t validate anything like that. 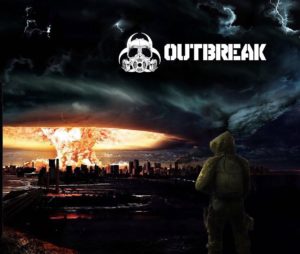 Outbreak tags Build as a “muscle growth detonator”, and based on what we’re seeing, it may be just that. Increased mTOR activation, increased levels of muscle protein synthesis, and more efficient burning of brown fatty tissue are just some of the benefits that come from this formula.

We absolutely recommend first making sure you’re covered with more basic and proven muscle-building ingredients such as creatine, betaine, and a diet full of dead animals and fish. But, if you’re looking to take the next step and add in a more advanced supplement, look no further.

Outbreak Nutrition’s Build may be exactly what you need to help you put on that extra muscle you want. The added strength and bulk may come in handy in any emergency situation, let alone a nuclear holocaust!