Carbohydrates may be one of the most ergogenic things in our nutritional arsenal… if our body uses them correctly! Over the last few years, the we’ve explored supplements that help maximize the human body’s use of glucose for exercise performance with mixed results… until now!

Can’t handle carbs as well as you wish? Then it’s time to learn about Glucose Disposal Agents, or GDAs.

Our dedicated readers already know that glucose can go on a few different journeys upon digestion. As athletes, we hope that glucose will be converted into glycogen and stored near a muscle cell. However, when the body senses a surplus of glucose in the bloodstream, some sugar we consume can be converted directly to fat via de novo lipogenesis[1] or indirectly through similar metabolic processes.

A glucose disposal agent, or GDA, is a supplement designed to allocate increased glycogen stores while mitigating fat gains from glucose intake. It’s easy to imagine GDAs as “traffic cops” for macronutrients. Dietary glucose pulls up to the GDA’s intersection, and the GDA guides it on its journey to an empty glycogen store. Simply put, a GDA’s main purpose is to make sure that carbohydrates are used for performance.

Where Others Have Failed… 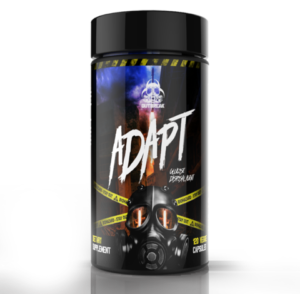 Outbreak Nutrition Adapt is one of the strongest GDAs we’ve ever seen, with 600mg berberine and a ‘new’ ingredient we’ve never seen in one!

While several amazing ingredients are available that help glucose mitigation, they are an afterthought in overloaded supplements. Tried-and-true ingredients like berberine are often thrown in as a bonus, not the focus point. However, Outbreak Nutrition took a different approach we at PricePlow revere so highly, we’re going to have to blood test it.

Outbreak Nutrition ADAPT attacks the competition with a pickaxe of clinical-level doses and proper formulation – using a new ingredient we’ve never before seen in a GDA! Instead of throwing in glucose disposal agents as a bonus, our favorite armageddon-oriented brand, Outbreak Nutrition, has made these ingredients the main feature.

We’ll show you that new ingredient (as well as everything else in ADAPT) with some citations, but first check out our prices, coupons, and sign up for Outbreak news alerts so you don’t miss the next zombie attack:

This stuff works! Have no basis for comparison (yet), but at two and three capsules, Outbreak Adapt kept Mike’s blood sugar within 12 points after eating a protein bar that usually makes him spike 29 points!! See it in his video below:

The following doses are from a four capsule serving. 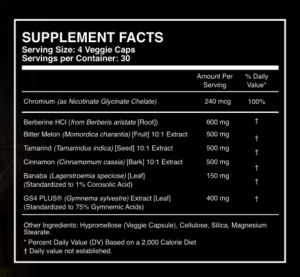 We’re about to discuss Adapt’s ingredients in four capsule doses, but honestly… we’re starting with two caps. It looks that strong.

As noted below in our dosage section, you may not need all four capsules (depending on your planned carbohydrate consumption after taking Adapt), and should start with less to assess how you feel.

Dosing: The Critical Factor in GDAs

First off, GDAs (especially ones as strong as Adapt) are always meant to be taken prior to a carbohydrate-laden meal. Typically, that means at least 50g carbs, but oftentimes more depending on dosage. 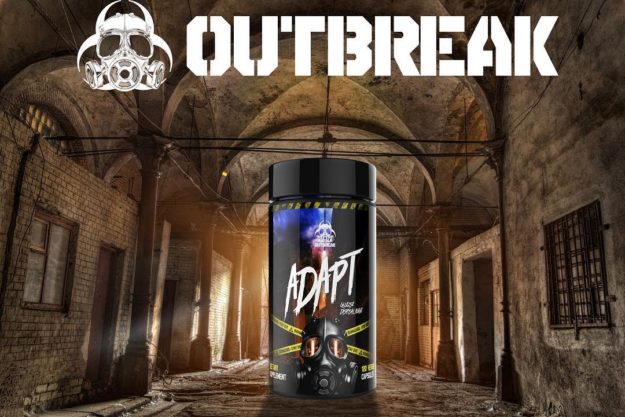 Carb-Load For The Zombie Slaughter

As mentioned above, the maximum dose of four capsules is going going to be extremely powerful, thanks to 600mg berberine coming along for the ride. In fact, at four caps, you’re looking at clinically-backed ingredients for most ingredients.

There’s no official dosing strategy provided because so much depends on your size and sensitivity. Mike will be testing this on himself with a blood glucose (and ketone) meter to see how it performs at a few different carb doses (stay tuned to our YouTube channel for more).

General ideas – your ideal dose depends on you so start light

For this reason, we’re recommending starting at light doses — two caps with 50g or more carbs (preferably complex) should help assess your status.

As an extreme maximum daily dose, a larger, more experienced male who’s crushing carbs like it’s his job can probably max out at a total of 8 caps per day, split between two 4-capsule doses that are at least six hours apart. No more than that, ever – and it’s something you’d want to build up to – not do right off the bat!

These are all general guidelines — we never recommend a low-carber, a small person, or an inexperienced user to start at a max dose. The best way to assess is to use a blood glucose meter and see how you feel after training with those carbs in you.

It’s no secret we’ve been fans of Outbreak Nutrition since their launch. Their apocalyptic theme and branding is extraordinarily unique (example: you won’t find a single fitness article on their website), but even if you’re not into prepping for end-times or slaying zombies, their products are always strong and well-dosed, which is what matters to us. 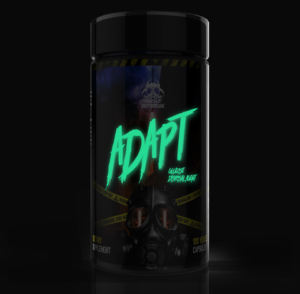 It glows in the dark?! If so, these guys are officially on their A-game.

ADAPT is an extremely promising supplement that is taking the GDA game to the next level, and we appreciate their introducing us to a fantastic new ingredient in Tamarind.

By packing well-dosed ingredients with actual evidence in human subjects, Outbreak has raised the bar for aggressive GDAs. But truth be told, there’s only one way to find out which GDA is best, and that’s to test it with a standard serving of carbohydrates and see what happens.

So that’s exactly what Mike’s going to do on the PricePlow YouTube channel, get subscribed and get ready to watch as we slowly test out all kinds of GDAs. But we’re going to start with ADAPT… and we better get to it before it’s too late.