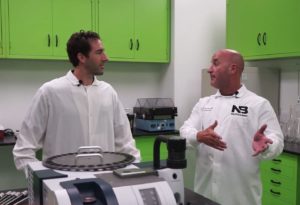 NutraBio is well-known for being a sports performance brand, and they’ve built quite the reputation since starting in 1996. Mark Glazier, CEO of NutraBio, has never sacrificed quality for cost and it shows in every product they release. But Mark wants NutraBio to be more than just a sports performance brand, because he knows the importance of overall health and longevity.

Although they may not get all the glory, NutraBio already has a large selection of supplements geared towards health and wellness, such as Multi-Sport, Immune, Curcumin Advanced, and several single ingredient vitamins, minerals, and herbs.

We can confidently say that NutraBio is way more than just a sports performance brand, and their quality is unmatched. These health and wellness products just don’t get as much hype as their Classic Whey, Alpha EAA, or the NutraBio Pre Workout, but they deserve to get recognized because poor health is almost always tied to subpar performance, regardless of what exercise modality you chose to participate in. Thus, NutraBio is creating a new series called the wellness line, which is dedicated to creating superior health and wellness products.

“Wellness is a line of premium health optimizing products. Each formula will support a specific purpose such as Immune & Lungs. Each will have efficacious doses of premium ingredients and of course, in the NutraBio way, they will be fully disclosed formulas with 3rd party testing available to the public. We do not use fillers or excipients in our products, just pure active ingredients. Look out for more products to be added to our Wellness line coming soon.” 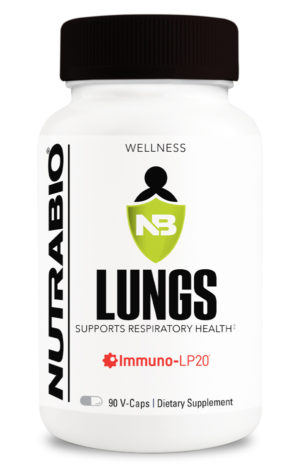 We’re excited to announce that the team has launched NutraBio Lungs, a capsule-based respiratory support supplement with seven ingredients. This is definitely a unique product, with a unique formula to match. We argue that the respiratory system is one of the most important components for optimal exercise performance – but too often goes neglected.

Whether you’re lifting weights, running a 5k, going for a walk, or biking, you need to get an adequate amount of oxygen to the working muscles. And if something is affecting your ability to do that, then your performance will quickly decline.

In this post, we’re going to cover everything Lungs has to offer, and explain why you should consider adding it into your supplement regimen. It may not be for everyone, but there’s a large group of people that can benefit from it. NutraBio is just getting started, so make sure to sign up for their news and deals alerts to keep up! 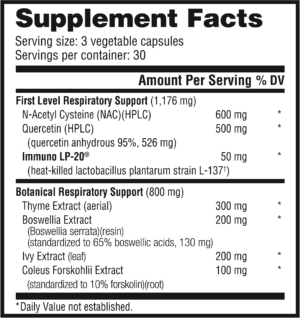 The ingredients that stands out the most in NutraBio Lungs has to be Immuno LP-20.

NutraBio Lungs has a serving size of three capsules per day, so one bottle will last you a full 30 days. The most interesting ingredient of this unique formula has to be Immuno LP-20.

We’ve seen some of the other ingredients in other supplements, but never in this combination or specifically designed for lung and respiratory support.

Lungs could be a game changer for various individuals who don’t have optimal respiratory function. But no matter what, it’s benefits go beyond health, since getting enough oxygen is also crucial for exercise and health.

NutraBio Lungs is one of the most unique formulas they’ve put together, and that’s saying a lot. We’re excited to see that the brand is looking for gaps to fill and needs to solve in the industry, and this one can be incredibly helpful for a wide variety of people. At the end of the day, NutraBio wants to help as many of their customers as possible, especially if it gets them back to training “without compromise”. And one way of doing that is by providing a large selection of high quality products that actually help solve problems.

NutraBio has been launching so many new supplements and flavors, it’s hard to keep up at times. But what we appreciate most is that the company always ensures that the quality is unmatched before releasing any new products. 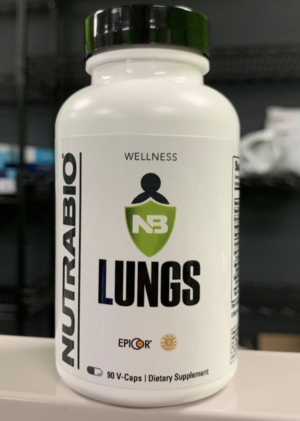 Last year, we saw NutraBio drastically expand their line of products, but they were mainly focused on releasing new flavors. Now, the brand has shifted some of its resources towards formulating supplements for health and wellness, and they have access to some of the highest quality and innovative ingredients on the market. And if you’re wondering about these new herbal ingredients, then rest assured that NutraBio is still releasing third party lab-tests on all of its supplements!

Like we’ve said before, NutraBio is all about giving the consumer a product they will fully stand behind, and that means being able to source pure, safe, potent, and effective raw materials. So you can count on them for literally all of your supplement needs, from sports performance to health and wellness! In order to stay up to date with everything NutraBio has coming, make sure to subscribe down below, because PricePlow is your go-to source for all supplement industry news, deals, and reviews!